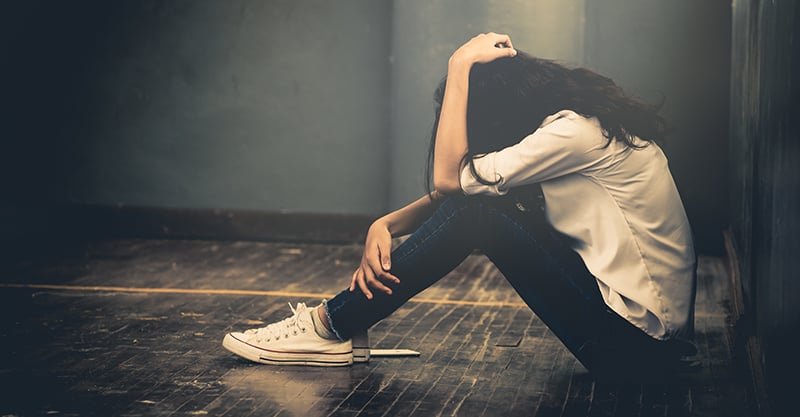 College campuses are witnessing record levels of student mental health problems, ranging from depression and anxiety disorders to self-injurious behaviors and worse. A clinician writing a few years ago in Psychology Today proclaimed it neither “exaggeration” nor “alarmist” to acknowledge that young Americans are experiencing “greater levels of stress and psychopathology than any time in the nation’s history”—with ramifications that are “difficult to overstate.”

The problems on college campuses are manifestations of challenges that begin sapping American children’s health at younger ages. For example, many students enter college with a crushing burden of chronic illness or a teen-onset mental health diagnosis that has made them dependent on psychotropic or other medications. The childhood prevalence of different forms of cognitive impairment has also increased and is associated with subsequent mental health difficulties. In addition, a majority of American students are now unprepared academically for their college careers, as evidenced by historically low levels of achievement on standardized tests. Once in college, large proportions of students—increasingly characterized as emotionally fragile—blame mental health challenges for significantly interfering with their ability to perform. The outcomes of these trends—including rising suicide rates among students and declining college completion rates—bode poorly for young people’s and our nation’s future.

… more than three in five (63%) respondents reported experiencing overwhelming anxiety in the past year, while two in five (42%) reported feeling so depressed that it was difficult to function.

A 2018 survey at 140 educational institutions asked almost 90,000 college students about their health over the past 12 months. The survey found that more than three in five (63%) respondents reported experiencing “overwhelming anxiety” in the past year, while two in five (42%) reported feeling “so depressed that it was difficult to function.” Students also reported that anxiety (27%), sleep difficulties (22%) and depression (19%) had adversely affected their academic performance.

In the same survey, 12% of college students reported having “seriously considered suicide.” Another study, which looked at college students with depression, anxiety and attention-deficit/hyperactivity disorder (ADHD) who had been referred by college counseling centers for psychopharmacological evaluation, found that the same proportion—12%—had actually made at least one suicide attempt. Half of the students in the latter study had previously received a prescription for medication, most often antidepressants.

Colleges are feeling the squeeze, with demand growing nationally for campus mental health services. A study by Penn State’s Center for Collegiate Mental Health reported an average 30% to 40% increase in students’ use of counseling centers between 2009 and 2015 at a time when enrollment grew by just 5%. According to Penn State’s report, the “increase in demand is primarily characterized by a growing frequency of students with a lifetime prevalence of threat-to-self indicators.”

Most colleges expect new students to have had the full complement of CDC-recommended childhood vaccines and to top up before college matriculation with any vaccines or doses that they may have previously missed. In particular, universities are likely to emphasize tetanus-diphtheria-pertussis (Tdap) and measles-mumps-rubella (MMR) boosters; the human papillomavirus (HPV) vaccine; meningococcal vaccination; and annual flu shots.

… found particularly strong associations for three disorders common on college campuses—anorexia nervosa, obsessive-compulsive disorder and anxiety disorders—and observed a surge in diagnosed disorders after influenza vaccination (one of the vaccines that college students are most likely to get).

It is unlikely that clinics are issuing warnings to freshly vaccinated college students about potential adverse consequences to watch out for, yet two universities (Penn State and Yale) made news in 2017 when their researchers published a study showing a temporal relationship between newly diagnosed neuropsychiatric disorders and vaccines received in the previous three to twelve months. Although the researchers analyzed health records for 6- to 15-year-old children, not college students, they found particularly strong associations for three disorders common on college campuses—anorexia nervosa, obsessive-compulsive disorder and anxiety disorders—and observed a surge in diagnosed disorders after influenza vaccination (one of the vaccines that college students are most likely to get). They also detected significant temporal associations linking meningitis vaccination to both anorexia and chronic tic disorders.

To distance themselves from too strongly implicating vaccines, these researchers later proposed several less controversial mechanisms to explain their findings, including the presence of predisposing inflammatory or genetic factors. One of the researchers even suggested that the “trauma” of getting “stuck with needles” might be triggering the adverse neuropsychiatric outcomes.

This absurd sidestepping ignores considerable experimental evidence from both animals and humans linking the immune responses produced by vaccines (and vaccine adjuvants) to adverse mental health symptoms. In fact, some researchers vaccinate healthy animals or people on purpose just to study this phenomenon. For example:

Interestingly, a study conducted in 2014 found that vaccine-mental health effects may cut both ways. Researchers who assessed self-reported depression and anxiety (and other measures) in 11-year-olds before and up to six months after routine vaccination found that children who reported more initial depressive and anxious symptoms had a stronger vaccine response (defined by “elevated and persistently higher antibody responses”) and that this association remained even after controlling for confounders. Given that this type of overactive vaccine response can be a harbinger of autoimmunity, some researchers have urged more attention to these “bidirectional” effects.

As “safe spaces” multiply on college campuses, and elite private institutions offer dumbed-down for-credit courses like “The Sociology of Miley Cyrus” or “Beginning Dungeons and Dragons,” it is time to take stock of the health challenges—both mental and physical—that are sabotaging college students’ chances of success. Researchers already have noted a disturbing mismatch between available cognitive abilities and the types of “non-routine analytical-cognitive” skills that our nation will increasingly need in the future. While variables such as student debt certainly factor into college students’ stress equation, we are kidding ourselves if we ignore the possible contribution of a cumulative vaccine load that has children receiving dozens of doses by age 18—and piles on even more when kids go off to college.