50 Years of Secrets: How Chemical Giant Syngenta Hid the Truth About a Dangerous Weedkiller 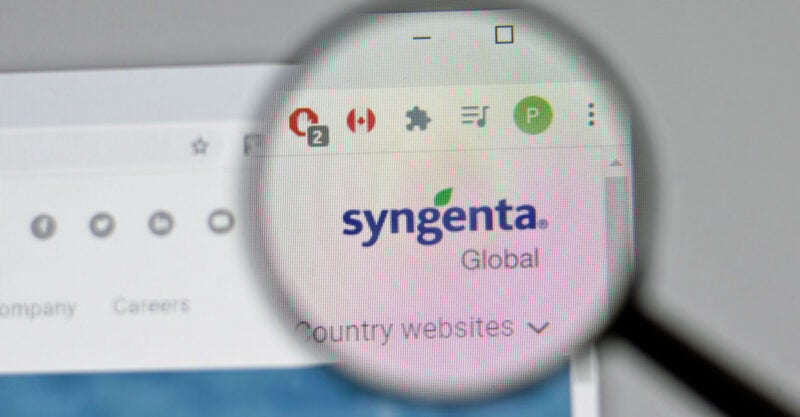 For decades, Swiss chemical giant Syngenta has manufactured and marketed a widely used weed-killing chemical called paraquat, and for much of that time the company has been dealing with external concerns that long-term exposure to the chemical may be a cause of the dreaded, incurable brain ailment known as Parkinson’s disease.

The New Lede — in a collaboration with The Guardian — published a story that examines what Syngenta knew about the evolving science linking the pesticide to the disease.

The story is based on hundreds of pages of internal corporate records that reveal conversations between scientists and executives dating back to the late 1950s.

The files demonstrate that while Syngenta has repeatedly told customers and regulators that scientific research does not prove a connection between its weedkiller and the disease, the public narrative put forward by the company and the corporate entities that preceded it has at times contradicted the company’s own research and knowledge.

The documents also lay out how Syngenta crafted strategies to defend paraquat and counter independent researchers who were finding more and more evidence that paraquat may cause Parkinson’s, including development of an “influencing” strategy “that proactively diffuses the potential threats that we face” and to “maintain and safeguard paraquat registrations.”

The strategy “must consider how best to influence academia, and regulatory and NGO environments.”

The documents show discussions involving paraquat distributor Chevron about potential legal liability for long-term, chronic effects of paraquat as long ago as 1975.

One company scientist called the situation “a quite terrible problem,” for which “some plan could be made….”

A 1985 Chevron document compares the liability of asbestos to paraquat. The bankruptcy of an asbestos maker “highlighted the especially severe financial risks involved in selling a product which contributes to a chronic disease,” the memo states.

“Parkinson’s can go on for decades. 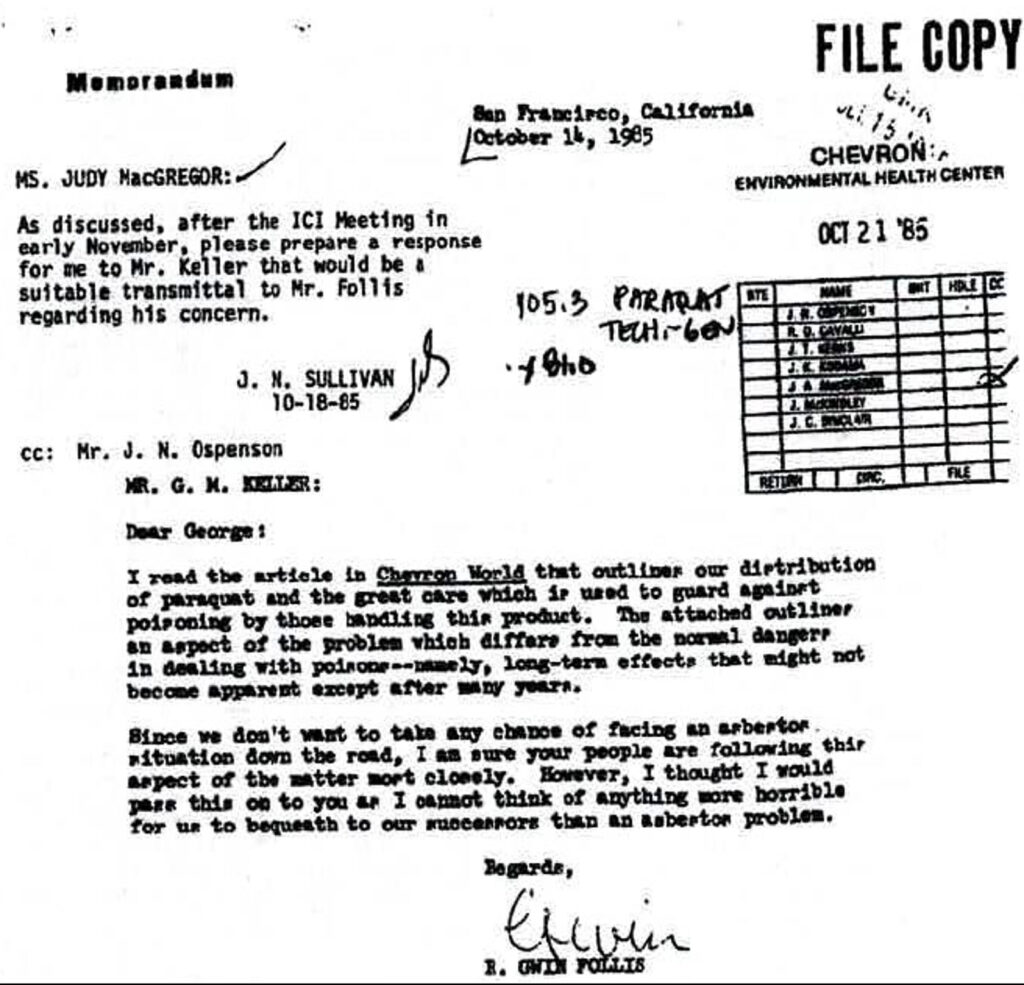 ”R. Gwin Follis, retired chairman of the Standard Oil Co. — which became known as Chevron in 1984 — then wrote to G.M. Keller, chairman of Chevron: “I cannot think of anything more horrible for us to bequeath to our successors than an asbestos problem.”

Part of the strategy to influence regulators involved trying to lobby for and against who the U.S. Environmental Protection Agency (EPA) looked to for independent scientific advice.

In 2005, the EPA was considering appointing Deborah Cory-Slechta, Ph.D. to an open position on an important agency scientific advisory panel, or SAP, on pesticides.

Cory-Slechta was an influential U.S. scientist whose work at the time was establishing ever-stronger evidence that paraquat could cause Parkinson’s disease.

“This is important. We do not want to have Cory-Slechta on the SAP core panel,” Syngenta senior research scientist Charles Breckenridge wrote to colleagues in a June 2005 email.

Syngenta officials wrote what they wanted McAllister to tell the EPA and delivered it to McAllister.

“Ray has a tough job to do in providing comments that don’t come back to haunt CLA and be used against us,” one Syngenta executive wrote to colleagues. 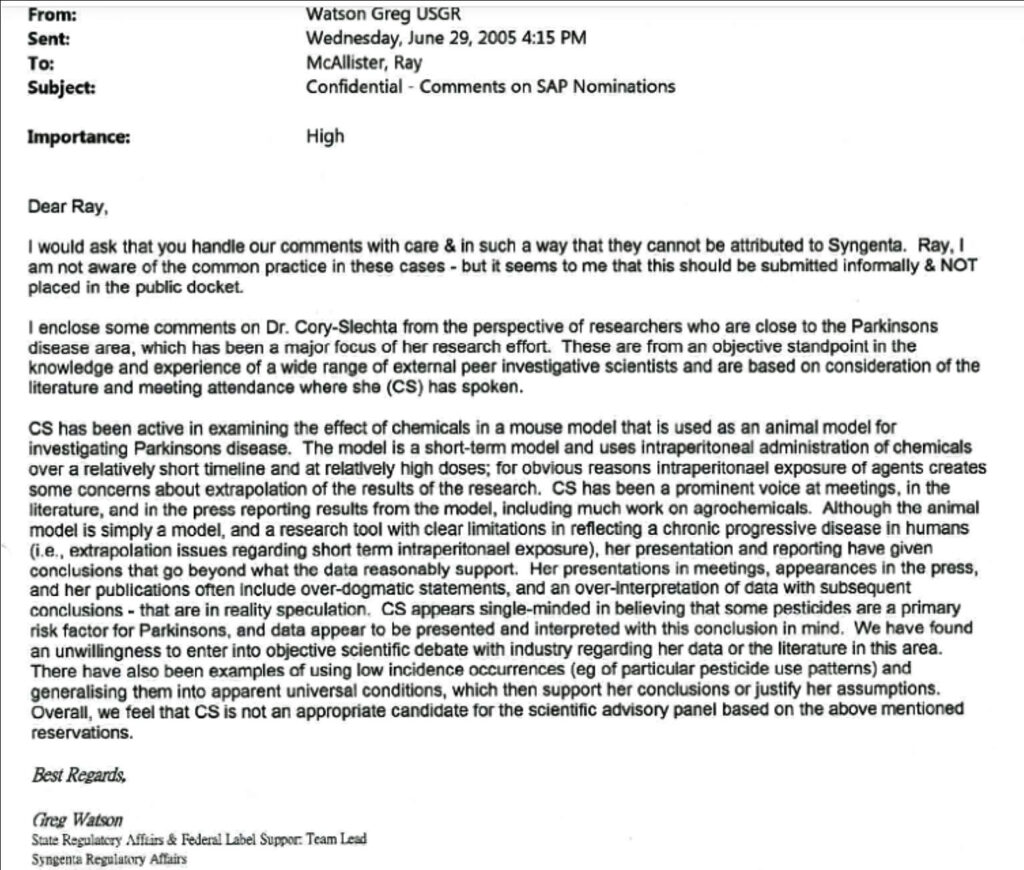 The company decided secrecy would be key. The company did not want the public or the EPA to know Syngenta was behind the effort.

“I would ask that you handle our comments with care & in such a way that they cannot be attributed to Syngenta,” Greg Watson, a Syngenta regulatory affairs executive, wrote to McAllister.

He then suggested that the communications to the EPA about Cory-Slechta “should be submitted informally & NOT placed in the public docket.”

In a separate email Watson wrote that “for many, many of our projects it would be a real disaster to have her on the SAP!” 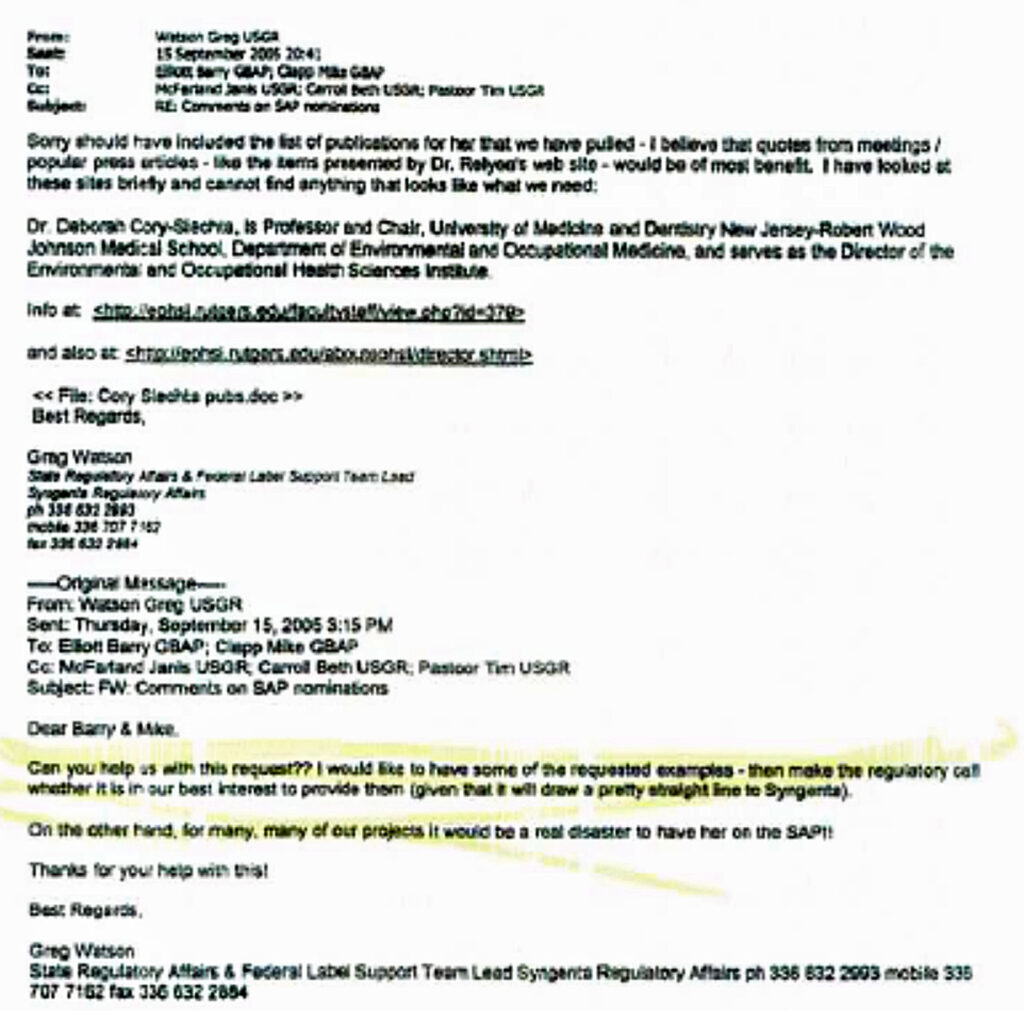 This story is much longer than what is shared here. If you want to read more, see all the details at The New Lede.