American liberal institutions have been shamefully silent as the tentacles of a police state wind ever more tightly around us all. 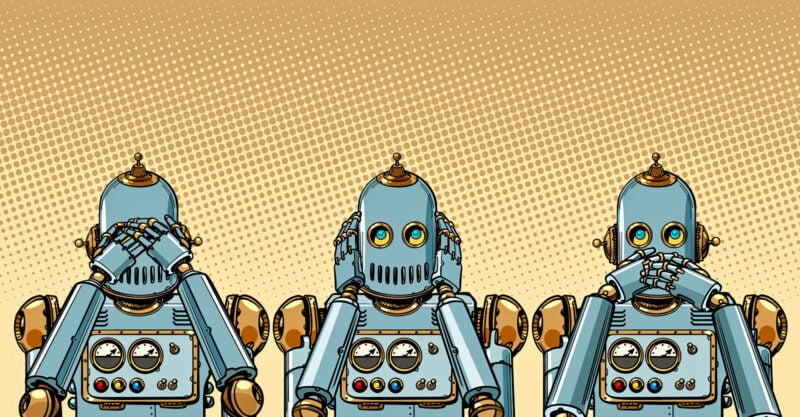 In early 2020, when American liberals wailed in unison that the First Amendment’s guarantee of the right of free assembly was a prescription for national suicide — and not one significant American civil rights organization protested — I should have known where we were headed.

Still, almost three years later, I am dumbfounded by how rapidly a nation that once boasted of its attachment to “liberty” has succumbed to the priorities of totalitarianism.

Thought policing on social media, once a dystopian fantasy, is now taken for granted.

So is the massive electronic surveillance system that was hawked to Americans (and others around the world) as a “health” measure, but which actually gives Big Brother a convenient way to monitor people’s whereabouts and which has already been turned against political dissidents in Israel, India and elsewhere.

Healthcare workers — once the heroes of the fear propaganda that rationalized illegal mass quarantines in 2020 — have now been forced from their jobs in alarming numbers for refusing to be injected with experimental drugs that demonstrably protect no one.

Mass media, far from raising questions about all this, are cheering on the juggernaut.

After all, as Congressman Jamie Raskin put it (in conversation with ex-poisoner-in-chief Deborah Birx), the most important thing for the State is to ensure “social cohesion” — even if it takes some official lying to coax the population into lockstep. Hitler could hardly have put it better.

I might readily fill this column with a catalog of the false statements about COVID-19 that have been peddled to the public over the last three years. But the chicanery of the muzzle-and-lockdown propagandists is not limited to scientific malfeasance.

I do not minimize the importance of demonstrating that we have been fed a steady diet of lies about COVID-19 since the beginning of 2020 (a task that has been ably shouldered by many other Brownstone contributors).

But what’s at stake here is not just a debate about medical policy.

What is happening involves nothing less than the fundamental reshaping of our body politic, a massive assault on the constitutional system of civil liberties and on the presuppositions undergirding that system.

Add to this the shameful silence of American liberal institutions as the tentacles of a police state wind ever more tightly around us all, and you will understand why my call to the incoming year is: when will I hear more voices raised in resistance?

Or, to put it more bluntly: what are you waiting for, America?

Where were your voices when the suspension of representative democracy made virtual dictators out of some four-fifths of America’s governors in 2020 — an arrangement which, according to Anthony Fauci, could be reimposed at any time?

Where were your voices when state after state discarded the Bill of Rights in favor of some version of the Emergency Health Powers Act — a bill that, when first proposed in 2001, was sharply criticized by the American Civil Liberties Union, along with conservative groups like the Free Congress Foundation and the American Legislative Exchange Council, as “a throwback to a time before the legal system recognized basic protections for fairness?”

Where were your voices when the President of the United States defied the Nuremberg Code by ordering 3.5 million federal employees to submit to the injection of untested drugs, while his administration did its level best to ensure that what little information was available about the safety of those drugs would be concealed from the public for as long as possible?

Where were your voices when those who objected to this embrace of a repurposed Nazi war crime were purged from our government?

Where were your voices when the State shuttered your children’s schools, forced muzzles onto two-year-olds, and terrorized young people to the point that fully a quarter of them contemplated suicide?

When as many as 23 million children were placed by American school systems under computerized surveillance that monitored their every keystroke and tracked their internet contacts, a 1984-ish scenario for which COVID-19-driven school closures served as the pretext?

If you ask me, the most important word in the preceding sentence is “pretext:” COVID-19, though in medical terms never nearly as dangerous as we were told it was, has been extremely effective as a battering ram to civil liberties.

Once upon a time, government health policy was fashioned to achieve medical goals.

Today, factitious medical “goals” are deployed on behalf of a policy aimed at dismantling American democracy.

So please remember: this is not about your health. It’s about your country, whose highest aspirations are under unprecedented assault.

If you don’t object now, you may lose your right to object at all.

And don’t think the vaunted liberal media, or civil rights “advocates,” or high-minded academics, or self-aggrandizing “progressive” politicians will speak up for you if you don’t speak up for yourselves.

A few years ago, CNN’s Jim Acosta made his reputation posing as a champion of press freedom (supposedly under mortal threat because Donald Trump had said some unflattering things about American reporters).

Yet by the summer of 2021, Acosta was out-Trumping Trump, claiming that Florida’s Governor Ron DeSantis had caused the COVID-19 Delta variant and denouncing people who dared to think they had a right to breathe in public.

Have Acosta’s fellow liberals objected to his hypocrisy?

On the contrary: his public media profile is a virtual hagiography, even while he’s attacking the free speech rights of press outlets like Fox News for airing commentary he doesn’t agree with. Trusting such people with defending the Bill of Rights is like leaving your wallet with Bernie Madoff. Nor can you plead a lack of adequate knowledge.

Even if you ignore the sources of genuine information about COVID-19 policy — and several are available via the internet — there have been epiphanic moments when the propagandists have actually exposed themselves, as when New York’s Governor Kathy Hochul told a megachurch audience that God had commanded Americans to take the COVID-19 “vaccines,” or when an unrepentant Colonel Birx admitted to Congress that she had misrepresented facts when ordering the public to submit to the same experimental drugs.

Do you really need any more evidence of the megalomaniac lust for power driving these democracy-haters, as they dismantle the U.S. Constitution piece by piece?

There can be no doubt about where State power is drifting — if we do nothing to stop it. Writing as far back as 1935, Albert Jay Nock predicted the future of the accelerating centralization of authority:

“What we…shall see is a steady progress in collectivism running off into a military despotism of a severe type. Closer centralization; a steadily growing bureaucracy; State power and faith in State power increasing;…the State absorbing a continually larger proportion of the national income….

“Then at some point in this progress, a collision of State interests…will result in an industrial and financial dislocation too severe for the asthenic social structure to bear; and from this the State will be left to “the rusty death of machinery…”

As we enter 2023, we don’t need to read deeply into political theory to understand the threat we face. We only have to review the record of the previous three years.

An accurate assessment of that record, it seems to me, will tell us that we are quite possibly on the cusp of the dissolution of the American republic.

Maybe it is already too late to resist the authoritarian Zeitgeist.

But I suggest we all ponder the words of Aleksandr Solzhenitsyn about the failure of the Soviet public to resist the repression that had included his own arrest in the 1940s: “If only we had stood together against the common threat, we could easily have defeated it. So, why didn’t we? We didn’t love freedom enough.”

For us, that “common threat” is much weaker than the one Solzhenitsyn had in mind.

We don’t need weapons to fight it; in fact, weapons would only get in the way. What we need are voices — lots of them — raised in protest every time a bureaucrat or a tame Ivy League “expert” or a lying “journalist” or a shyster in sheep’s clothing tries to rob us of one more bit of our human dignity, one more inch of our civil rights.

Then we need to clamor for all we’re worth. While there is still time.

Do we love freedom enough for that?

Michael Lesher is an author, poet and lawyer whose legal work is mostly dedicated to issues connected with domestic abuse and child sexual abuse. A memoir of his discovery of Orthodox Judaism as an adult — Turning Back: The Personal Journey of a “Born-Again” Jew — was published in September 2020 by Lincoln Square Books. He has also published op-ed pieces in such varied venues as Forward, ZNet, the New York Post and Off-Guardian.