Florida Gov. Ron DeSantis said he’ll petition the state’s Supreme Court to impanel a grand jury “to investigate any and all wrongdoings in Florida with respect to the COVID-19 vaccines” and “bring accountability” to anyone who committed “misconduct.” 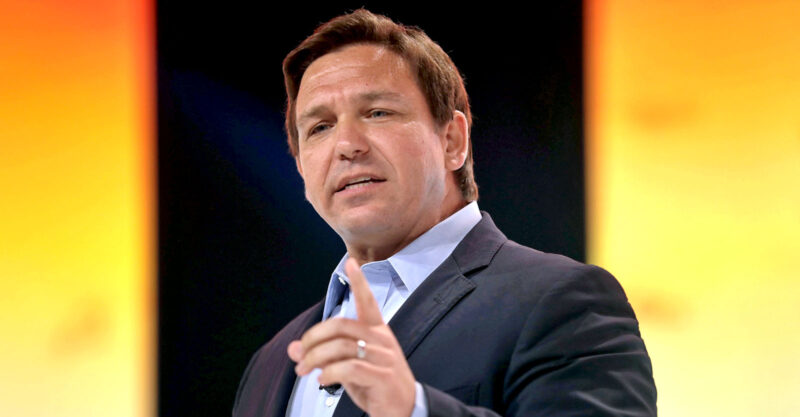 Florida Gov. Ron DeSantis said on Dec. 13 that he’ll petition the state’s Supreme Court to impanel a grand jury “to investigate any and all wrongdoings in Florida with respect to the COVID-19 vaccines.”

He made the announcement following a roundtable with Florida Surgeon General Dr. Joseph Ladapo and a panel of scientists and physicians.

“We’ll be able to get more information and bring more accountability to those who committed this misconduct,” DeSantis said.

He said he anticipated getting the court’s approval and that the grand jury would likely sit in the Tampa Bay area.

He noted that Florida recently “got $3.2 billion through legal action against those responsible for the opioid crisis,” such as opioid manufacturers and distributors.

“So, it’s not like this is something that’s unprecedented,” DeSantis said.

Taking part in the roundtable of experts in a virtual teleconference in West Palm Beach were doctors, researchers and people holding both such positions who found adverse effects from the vaccine but said they were silenced when they tried to study further or publicize the findings.

Some participants were affiliated with elite universities such as Harvard and Stanford. Two were Scandinavian researchers who joined the roundtable to discuss their nations’ radically different approaches to vaccine mandates and child masking, approaches now validated in light of their better COVID-19 outcomes.

In a session that lasted more than 90 minutes, they discussed the research they had done and the marginalization they faced as their data and questions were silenced. The discussion also included two victims who described serious side effects from mRNA COVID-19 vaccines.

The experts who joined DeSantis will now constitute the state’s Public Health Integrity Committee. The governor discussed how the public health establishment had “totally squandered any type of confidence or goodwill people would have.”

“Our CDC [Centers for Disease Control and Prevention], at this point, you assume that anything they put out is not worth the paper it’s printed on. … They’re not serving a useful function,” DeSantis said. “They’re really serving to advance narratives rather than to do evidence-based medicine.”

He and other governors agreed there needed to be a review process of directives coming from on high.

The new committee “can counteract nonsense when it’s coming out of these institutions,” such as the CDC and NIH [National Institutes of Health], according to DeSantis.

“They’re not just going to go with the flow and follow precooked narratives, but will actually do evidence-based analysis,” he said.

Ladapo, who co-chaired the roundtable with DeSantis, has the legal power to convene expert panels for studies such as these, DeSantis said.

Ladapo said a third action would be studying the incidence of myocarditis, including fatalities, within a few weeks of COVID-19 vaccination.

He cited a German study of people who got the vaccine and died suddenly and unexpectedly at home soon afterward. In autopsies, four of 35 victims were found to have had an unusual form of myocarditis.

They never made it into most studies done of patients at hospitals and emergency rooms, which generated “estimates the CDC likes to pretend are accurate,” Ladapo said. University of Florida researchers and Florida medical examiners will participate in the study.