According to data analyst Albert Benavides, at least 10,000 reports of death or serious injury following COVID-19 vaccines were removed from the Vaccine Adverse Event Reporting System — and they were not duplicates. 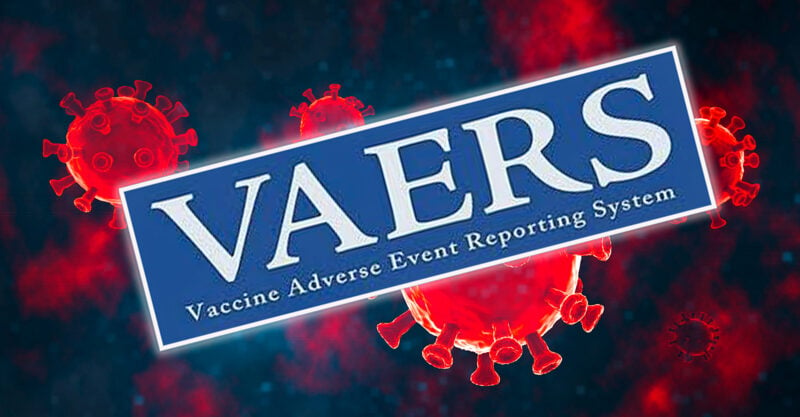 The U.S. Vaccine Adverse Event Reporting System (VAERS) was created as an early warning system to identify vaccines that may be triggering a higher than expected number of adverse events. One of its primary objectives is to:

“Provide a national safety monitoring system that extends to the entire general population for response to public health emergencies, such as a large-scale pandemic influenza vaccination program.”

It’s far from perfect, but it’s still incredibly useful and does serve its purpose. Publicly available VAERS data clearly reveal that the COVID shots are the most dangerous “vaccine” ever created, accounting for more injuries and deaths than all previous conventional vaccines combined over the last three decades.

But the U.S. Food and Drug Administration (FDA) and Centers for Disease Control and Prevention (CDC), which jointly run VAERS, continue to insist the shots are “safe and effective,” and that not a single death has been directly attributed to the shot.

Such claims are outlandish in light of the available data, and perhaps they’re starting to realize the pickle they’re in as well because, in recent months, investigators have discovered that VAERS reports are being deleted in ever-growing numbers. As noted by Stew Peters of the Stew Peters Show:

“VAERS is supposed to simply collect reports filled out by doctors and other medical professionals from around the country — reports of people suffering injuries and illnesses and even death after taking vaccines.

“Nobody is supposed to be editing or curating or fact-checking it. It’s supposed just be the reports of doctors for the entire world to see. But now we have evidence that that’s, in fact, not what’s happening at all.”

Peters interviews Albert Benavides, an RCM expert, data analyst and auditor, who’s been analyzing VAERS data since the release of these novel shots.

According to Benavides, at least 10,000 reports of death or serious injury following COVID “vaccination” have vanished since the rollout of the shots — and they were not duplicate reports, which is a common “explanation” for their removal.

Benavides cites the case of a young child in Alaska who reportedly died after the jab. That death report is now gone, and there’s no other remaining report that matches it.

VAERS ID 1815096 is another example. This is the case of a 13-year-old girl in Maryland, who died 16 days after her first jab. This report was entered Oct. 25, 2021, and deleted on April 15. VAERS claims it was deleted because it was a duplicate, but there are no 13-year-old girls in Maryland who died, anywhere else in VAERS.

According to Benavides, over the past 30 years, some 4,000 non-COVID reports have been deleted, and of those only a couple of hundred were deaths.

The result of this is that the ratio of deaths to other injuries appears lower than it probably is. Overwhelmingly, it’s reports of severe injuries and death that are being deleted, which gives the distinct appearance that they’re trying to hide the true extent of the harm of these shots.

Who could possibly be doing this? Benavides insists the direction to delete valid reports must be coming from the very top of the FDA and/or CDC.

If you want to dive deeper into Benavides’ data, you can find his VAERS Analysis Dashboard here. Another resource you’ll want to bookmark is the VAERS Wayback Machine on MedAlerts — a search system specifically for deleted VAERS reports.

Benavides also points out that only the initial VAERS reports are available to the public. Updated reports are only viewable internally.

What that means is, we have no way of knowing how many of those who were injured have since died from those injuries. This is a loophole that can make a vaccine appear less risky than it actually is.

65% of all COVID-related reports have the lowest severity classification, meaning they’re not serious. However, when you actually read the reports, you find heart attacks, strokes, pulmonary embolisms and other clearly serious injuries. So, many are clearly misclassified.

What’s more, Benavides is finding that they’re routinely misclassifying the event level of severity; 65% of all COVID-related reports have the lowest severity classification, meaning they’re not serious and didn’t require medical intervention or hospitalization.

However, when you actually read the reports, you find heart attacks, strokes, pulmonary embolisms and other clearly serious injuries. So, many are clearly misclassified, or miscoded. Benavides has also found 65 reports where the patient died after the COVID shot, but because the box for death is not checked, they are not included in the total death tally.

We also have evidence that VAERS is throttling the release of reports. It can take months before a filed report is actually published, as COVID jab victim Brittany Galvin has discovered.

In January, she was eight months into the reporting process to VAERS and was advised by VAERS staff that it would likely be another six to 12 months before her case would be posted. In early June 2021, Peters interviewed her about her injuries and experience with the VAERS process (video below).

An earlier VAERS data analysis by Benavides, reported by Steve Kirsch in November 2021, revealed there were by then already hundreds of serious adverse events associated with the COVID shot that were far more elevated than the admitted risk of myocarditis, identified by the Department of Defense (although that fact was for a time dismissed as “conspiracy theory”):

“The evidence in plain sight shows that they are either lying or incompetent. Or both,” Kirsch wrote. “In a … VAERS data analysis performed by our friend Albert Benavides (aka WelcomeTheEagle88), we found hundreds of serious adverse events that were completely missed by the CDC that should have been mentioned in the informed consent document that is given to patients.

“And we found over 200 symptoms that occur at a higher relative rate than myocarditis (relative to all previous vaccines over the last 5 years). All together, there were more than 4,000 VAERS adverse event codes that were elevated by these vaccines by a factor of 10 or more over baseline that the CDC should have warned people about …

“The FDA and CDC have basically been batting .000 in terms of spotting safety signals that have been sitting in plain sight the entire time … The CDC has repeatedly said you can’t ascribe causality to data in VAERS. Not true.

“The VAERS data analysis (temporal data, the dose-dependency and the elevated reporting rates compared to baseline) provide ample signal to enable us to show causality on all of these events using the five Bradford-Hill criteria applicable to vaccines.”

Of the hundreds of side effects Benavides identified, neurological, cardiovascular and female reproductive problems topped the list. (You can view and download the data from Kirsch’s article.) Here are some selected highlights from Kirsch’s comprehensive review of Benavides’ findings:

Getting back to myocarditis (heart inflammation), which is the only side effect the FDA and CDC have really admitted, a recent JAMA study found that:

According to the authors, “The risk of myocarditis in this large cohort study was highest in young men after the second SARS-CoV-2 vaccine dose” and “this risk should be balanced against the benefits of protecting against severe COVID-19 disease.”

While fact-checkers are hard at work trying to debunk VAERS data as too unreliable to pay any attention to, doctors and specialists around the world — those brave enough to speak — are reporting absurdly high rates of side effects among their COVID jabbed patients.

One of the latest ones is Dr. Robert Jackson, an award-winning rheumatologist in Missouri. Kirsch recently interviewed Jackson (video above), who reports that 40% of his COVID jabbed patients have been injured by the shots; 5% remain unresolved, 5% have developed a new clotting disorder and 12 have died. For comparison, he normally sees only one or two deaths a year.

Of his 5,000 patients, about 3,000 got the shot. That means just over 1 in 300 were killed by the shot. Jackson’s clinical experience matches nicely with data from other rheumatologists, published in the BMJ. They report a 37% adverse event rate among jabbed patients; 4.4% of patients also had a flare-up of their disease after the jab.

In the interview, Jackson also discusses some of the treatments he’s using on these vaccine-injured patients. Interestingly, he’s seen significant improvement using a 30-minute infusion of mesenchymal stem cell-derived exosomes.

Across the world, and in most U.S. states, we are now seeing excess death rates skyrocketing and it’s not due to COVID. For U.S. data, check out USmortality.com, where the excess mortality for each state is listed.

If the COVID jabs worked, you’d expect excess mortality to drop, yet that’s not what we’re seeing. We’re also not seeing mass death from COVID. The only clear factor that might account for these discrepancies is mass injection with an experimental gene transfer technology.

Cyprus is also reporting elevated all-cause mortality for 2021 (16.5%, perfectly matching that of the U.S.). Third and fourth quarter rates are particularly elevated, which corresponds with the rollout of booster shots.

I’ve provided other data examples in other articles, and they’re all showing the same trend. The most tragic part of this is that it’s intentional. None of the agencies charged with protecting public health have lived up to their mandate. Instead, they’ve been serving the Great Reset agenda.

Eventually, though, I believe the truth will simply be too overwhelming and obvious to be ignored by the masses. FDA and CDC can’t delete enough reports to make the jabs look safe. People’s personal experiences also trump that of any data set, and now, vaccine injuries are so commonplace that most people know of someone who had a bad reaction, got COVID anyway, or died from it. And they can’t scrub that.