Aggregated data for fiscal year 2020 show the NIH and CDC collected a combined $63.4 million in royalty revenues under a business model that allows the NIH to grant technology licenses to the private sector. 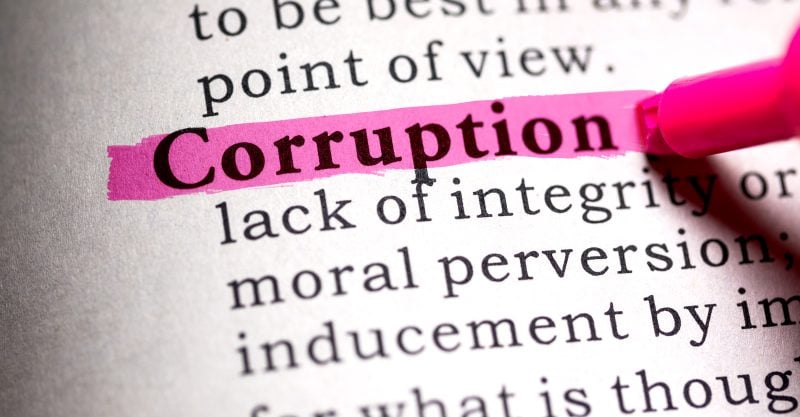 Within NIH, the Office of Technology Transfer (OTT) plays a “strategic role” in supporting patenting and licensing for inventions that emerge from laboratories at the NIH and also Centers for Disease Control and Prevention (CDC).

In a win-win business model, the NIH routinely grants technology licenses (both exclusive and non-exclusive) to the private sector for use or commercialization of its inventions, with those licenses then driving billions of dollars in royalties back into NIH coffers.

Under federal law, a portion of licensing royalties reverts to NIH to support undefined “mission-related activities.” Another portion goes directly to the agency’s inventors, who are allowed up to $150,000 in payments per calendar year. The same holds true at CDC.

The gift that keeps on giving

Universities, too, receive royalties when they market patented technologies. Nearly 25 years ago, a University of Michigan biologist complained that two California universities (both public and private) were using royalties as a mechanism to covertly fleece taxpayers.

Citing a technology patented and licensed by the two universities, the professor explained that “ordinary people” had already paid through their tax dollars for the basic research that gave rise to the patents. He argued taxpayers should not have to continue paying the universities “many times over the original investment through patent royalties.”

In 2005, an explosive Associated Press (AP) scoop showed large numbers of agency scientists — at the NIH’s explicit instruction — were routinely failing to disclose royalty payments, either to taxpayers or to participants in taxpayer-funded clinical trials who were obligingly testing out the NIH’s royalty-generating experimental treatments.

As AP pointed out, “Such research helps bring the treatment closer to possible commercial use, which could in turn bring the researchers and NIH higher royalties.”

Among the scientists scolded by AP for “testing products for which they secretly receive[d] royalties” was NIAID’s Dr. Anthony Fauci.

Even without royalties (which are classified as “federal compensation” rather than “outside income”), the long-time NIAID director — who describes himself as a humble “government worker” with a “government salary” — is the nation’s highest paid federal employee.

During the 2005 brouhaha, professing to be “extremely sensitive about the possibility of an appearance of a conflict of interest,” Fauci told the public he was donating his payments to charity.

Judging by a late-2020 report from the Government Accountability Office (GAO), there is still considerable room for improvement in terms of NIH transparency about NIH’s  licensing activities.

The GAO noted NIH “does not report which of its patents are licensed or release metrics that would enable the public to evaluate how licensing affects patient access to resulting drugs.”

As one of its top two recommendations, the GAO urged NIH to provide “more information to the public” — in “an accessible and searchable format to the maximum extent possible” — to help citizens and policymakers understand licensing outcomes and impacts.

“More public information” is conspicuously lacking in the OTT’s FY2020 annual report, which provides only one paragraph of specifics (and two paragraphs of boilerplate) in a short section on “Inventions and Agreements.”

Elsewhere, technology transfer statistics show NIH executed more licenses in FY2020 (n=359) than in any prior fiscal year dating back to 1985 (when a mere 25 licenses were executed).

A few more COVID-specific details are available in the three-page portion of the GAO report focused on NIAID (pp. 22-25). There, we learn NIAID and its Technology Transfer and Intellectual Property Office (TTIPO) worked “diligently” and “as quickly as possible” in 2020 to facilitate worldwide “sharing” of NIAID-developed SARS-CoV-2 spike proteins and plasmids (molecules encoding the spike proteins) to spur development of COVID-19 diagnostics, treatments and vaccines.

These efforts resulted in:

NIH royalty income reached a historic high of $147 million in FY2015. At that time, however, the agency accurately forecast declines beginning around FY2018 due to expiring patents on major products.

Given the COVID-related licensing groundwork laid in FY2020, it would not be surprising to see NIH’s royalties surge anew in FY2021.

CDC’s webpage listing technologies available for licensing (and, therefore, with the potential to generate royalties) has not been updated since May, 2020. At that time, the agency had about 60 technologies on offer, many related to diagnostics or vaccine development.

Whenever the CDC gets around to updating its list, it is likely the number of available technologies will be even higher.

Where public health agencies are concerned, COVID-19 appears to be very good for business, with a flurry of unprecedented funding — conveniently mobilized by the pandemic — ushering in profound and likely permanent changes in a public health infrastructure once lamented as weak and fragmented.

The CDC now brags about having marshaled the largest response effort in its 74-year history. According to the agency’s chief financial officer, “More resources were entrusted to CDC for execution and management [in FY2020] than ever before” — including a more than doubling of the previous year’s funding.

Over at NIH, prospects are even rosier for the agency — and scarier for the public. For FY2022, the Biden administration has requested a 21% NIH budget increase (to $51 billion), “accelerating a six-year trend of multi-billion-dollar annual budget increases.”

Most of this would go toward the creation of a new NIH agency that would merge national security with health security, modeled after the military’s Defense Advanced Research Projects Agency (DARPA).

Knowing of DARPA’s disturbing track record, investigative journalist Whitney Webb characterizes the new agency’s security mandate as “a recipe for a technocratic ‘pre-crime’ organization with the potential to criminalize both mental and physical illness as well as ‘wrongthink.’”

Ironically, many of the COVID therapies proven effective by frontline doctors but actively suppressed by federal agencies are inexpensive — a far cry from the budget-busting experimental vaccines that have been illegitimately framed as the pandemic’s sole solution.

For the public, a major advantage of these therapies — including longtime fixtures on the World Health Organization essential medicines list — is the fact that their safety profile, side effects, dosing and drug interactions are well documented.

However, royalty-hungry scientists are not interested in “tried-and-true, classical … repurposing [of] drugs and strategies that have already been shown to work.” They prefer, in the words of Columbia University’s Dr. Ian Lipkin, novel treatments that are “sexy and new and patentable.”

In short, off-patent drugs like ivermectin and hydroxychloroquine, and cheap supplements like vitamin C and vitamin D — often preventive as well as therapeutic — don’t generate royalties.

Nor do they mesh with the global control agenda the NIH’s new DARPA-like agency promises to facilitate. It is up to the public to reassert, strongly, that people and freedom come first.