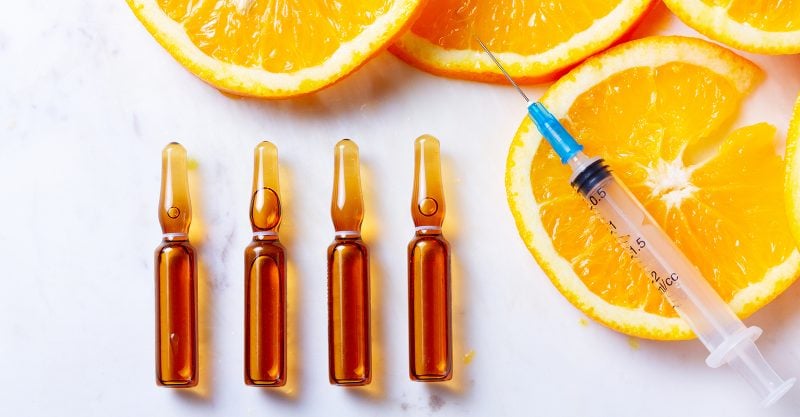 I am a 57-year-old general practitioner who lives and works in Bologna, in northern Italy. In addition to my work as a GP, I’m currently working on a voluntary basis, like many of my colleagues, in hospital outpatient clinics as well, where patients with suspected COVID-19 are sent.

Lately, also due to the SARS COV-2 pandemic, I’m very interested in the topic of Vitamin C (i.e. Ascorbic Acid), both as oral supplementation and as intravenous therapy. Vitamin C has been debated for decades, often not in a disinterested way.

Unfortunately, in Italy, as probably throughout the Western World, vitamin C has been downgraded practically to a “fake news” status. All news concerning its therapeutic use in general, and in particular for COVID-19, are systematically obscured, and when they do appear, they are ridiculed and made banal. This media influence, often exerted by people outside the medical field, paradoxically acts with great efficacy on many doctors as well, who often have a negative opinion “a priori” about vitamin C, considering it just slightly more than fake news. I come across this attitude often when I speak on this subject to colleagues who, as a first reaction, smile amusedly. Others, on the other hand, show interest when, for example, I tell them that guidelines for the treatment of COVID-19 were published in Shanghai on March 1 of this year, in which high-dose intravenous vitamin C is recommended, or that Wuhan University is conducting a study on intravenous vitamin C therapy in patients with severe SARS-COV 2 pneumonia, or that the New York Post has published an article about a New York pulmonologist, Andrew G. Weber, who uses intravenous vitamin C in the treatment of COVID-19.

… humans and guinea pigs are the only ones among animals and plants that are unable to produce vitamin C.

The “wall” of prejudice

It’s historic that vitamin C has been included in guidelines, but despite these sensational headlines, it’s difficult to pierce this “wall” of prejudice. Almost nobody in Italy knows these things, and I guess the same is happening in the rest of Europe as well. This is the effect of the media blackout. The result is: if you don’t talk about a fact, the fact does not exist.

At one point, I discovered the publications of Harri Hemilä, professor at the University of Helsinki, one of the world’s leading experts on vitamin C which I found very interesting. Then I found a video by professor Paul Marik, director of intensive care at EVMS (Eastern Virginia Medical School in Norfolk) who in 2016 devised a protocol based on hydrocortisone and vitamin C for the treatment of sepsis. He has now created a network of eight American physicians and university professors (from Virginia, Wisconsin, New York, Tennessee, New Jersey, Ohio, Texas, California), mostly from intensive care and emergency medicine divisions, who use and promote a very similar protocol, “MATH +” for COVID-19 therapy.

Many hospitalized patients have vitamin C plasma levels below the risk threshold for scurvy, 11 μmol/L, which equates to 1.94 mg/L (one mole of ascorbic acid = 176.12 grams). People die from scurvy within a few months, mainly from infections and hemorrhages, and this was known 500 years ago, even if the cause wasn’t known. Before the cause was identified, more sailors died of scurvy than from shipwrecks or other causes. In Magellan’s circumnavigation of the globe from 1519-1522, it’s estimated that more than 80% of the sailors died of scurvy. So if you stay below 11 μmol/L for some months, even if previously you were the healthiest person in the world, you will die. This is because humans and guinea pigs are the only ones among animals and plants that are unable to produce vitamin C. All other animals (and plants), in stressful situations, increase the synthesis of Vitamin C (but this is taught neither in school nor in medical school).

There is enough evidence to dose the blood level of vitamin C in all hospitalized patients with severe pathologies to at least restore a normal level of the vitamin. The sicker a patient is, the greater the consumption of vitamin C, a powerful antioxidant that is also needed for the synthesis of some neurotransmitters and vasopressors such as dopamine, norepinephrine and adrenaline—which are also used in the treatment of sepsis—and probably of serotonin too. Instead, in hospitals it is almost never dosed. Why? This information is not taught in universities, and vitamin C has been downgraded and ignored in the media. So nobody talks about it. Patients with scurvy (in Italian “scorbuto“) often also experience depression and irritability due to a deficit of neurotransmitters. It’s from here that the word “scorbutico” derives, which in Italian means “peevish, cantankerous”.

This meta-analysis by Harri Hemilä and Elizabeth Chalker Journal of Intensive Care Published: 07 February 2020 shows that, in five studies that included 471 patients requiring mechanical ventilation for over 10 hours, a dose of 1-6 grams/day of vitamin C shortened the ventilation time by an average of 25%, with very high statistical significance (P <0.0001). A datum is statistically significant when P <0.05. The subsequent one instead shows that vitamin C, in 12 studies including 1766 patients, shortened the average length of stay in the intensive care unit by 7.8% (P = 0.00003).

The next meta-analysis (a “Cochrane Review”) focuses on vitamin C oral supplementation in the prevention and treatment of the common cold which includes upper respiratory symptoms such as rhinorrhea, cough and sore throat, with or without fever, which can be caused by many viruses including rhinoviruses, influenza and parainfluenza viruses, coronaviruses, adenoviruses etc. The results indicate that vitamin C is not effective in reducing the number of common cold episodes in the general population (apart from some particular categories such as athletes and soldiers subjected to severe physical stress and/or cold, where the incidence is less than 50% in the vitamin C group compared with placebo, P <0,00001) but there is very strong evidence that oral supplementation reduces the duration and intensity of symptoms, with enormous statistical significance: the average reduction in the duration of the syndrome is 8% in adults and 14% in children, with the following P values: adults P = 0.00018, children P = 0.000053 (see table 2.1, page 86-87).

Although the average reduction in the duration of symptoms may seem small, considering that the side effects of vitamin C are almost zero, and the costs are low, the benefit/risk ratio is very high.

Studies on the therapeutic effect (i.e. when you start taking vitamin C after symptoms appear) are few, and those few have shown no significant benefits apart from one study in which 8 grams of vitamin C were administered only on the first day of symptoms. Furthermore, these trials have been carried out only on adults and not on children, who seem to be able to benefit more from taking oral vitamin C.

In Hemilä’s 2017 article “Vitamin C and infections“, which retraces the history of studies concerning this topic starting in the 1920s, there is a very interesting paragraph entitled “Evaporation of Interest in Vitamin C and the Common Cold after 1975” which explains how, after a great deal of research between 1970 and 1975 had shown the effectiveness of vitamin C in reducing the duration and intensity of the common cold, scientific interest in this topic suddenly collapsed. In that year, three studies were published in two of the world’s most important medical journals by two famous and highly quoted authors, who claimed that vitamin C is ineffective in the common cold. Nobel Prize winner Linus Pauling wrote a criticism of one of these studies (Meier’s) and submitted it to JAMA. Pauling stated afterwards that his paper was rejected even after he twice made revisions to meet the suggestions of the referees. These publications had enormous influence, and thereafter were cited in many articles on the subject and in medical textbooks. In the 90s, Hemilä, who is also a great statistician and expert in the analysis of scientific publications, showed that these three studies contained procedural and calculation errors, omissions, and that a great deal of data had been excluded from one of the three studies without explanation. Unfortunately, this did not provoke the reaction it deserved in the medical-scientific world.

I also discovered that there is a network of doctors and professors of American intensive care units who apply a protocol for the treatment of COVID-19 which provides intravenous therapy with Methylprednisolone (a cortisone), Vitamin C, Heparin (or subcutaneous Enoxaparin), and Thiamine (vitamin B1), conceived in 2016 by professor Paul Marik for the treatment of sepsis. In the original protocol, there was Hydrocortisone instead of Methylprednisolone, the doses of Vitamin C were lower and there was no Heparin, an anticoagulant necessary due to the particularity of COVID-19, but the therapeutic scheme is very similar. They are trying to spread this therapy in the United States, but the message seems not to get across, apparently due to the media blackout on vitamin C.

… we need to focus more on the risk-benefit balance than on the eternal discussion on how effective vitamin C is, especially in a pandemic phase like this in which surely effective treatments haven’t yet been found and people are dying.

Not a miracle, but…

I don’t mean to imply that vitamin C is a miracle cure.

I think that, in order to break down the wall of prejudice and silence, we need to focus more on the risk-benefit balance than on the eternal discussion on how effective vitamin C is, especially in a pandemic phase like this in which surely effective treatments haven’t yet been found and people are dying.

The argument I make is:

Based on this risk-benefit balance, I have been taking oral vitamin C supplements during the winter season and recommending it to my patients for several years— especially this year due to the pandemic. This is valid for my patients, who I know: this is not general advice. People who want to take oral vitamin C supplements must ask their doctor about doses and possible individual contraindications. For example, tablets of vitamin C extracted from plants usually contain bioflavonoids, which are contraindicated in pregnancy and breastfeeding.

Unfortunately, nobody talks about this topic. It’s been completely obscured.

It is safe, it is effective, it is cheap: why not use it? The answer is not blowing in the wind, the answer is known: disinformation and non-information.

How could this wall of silence be broken down?

I think fortunately there’s a good strong point from which to start: it’s the Frontline COVID-19 Critical Care Working Group referenced earlier. They are well organized, they have a clear and effective protocol that saves lives: they just need to get their message across, but the obstacles regarding vitamin C are astonishing.

It’s a battle against blackout and disinformation. This is the moment where it could be won.