By some calculations, the average gross settlement will leave little to no compensation for individual plaintiffs after attorneys’ fees are paid and certain insured medical costs are reimbursed. 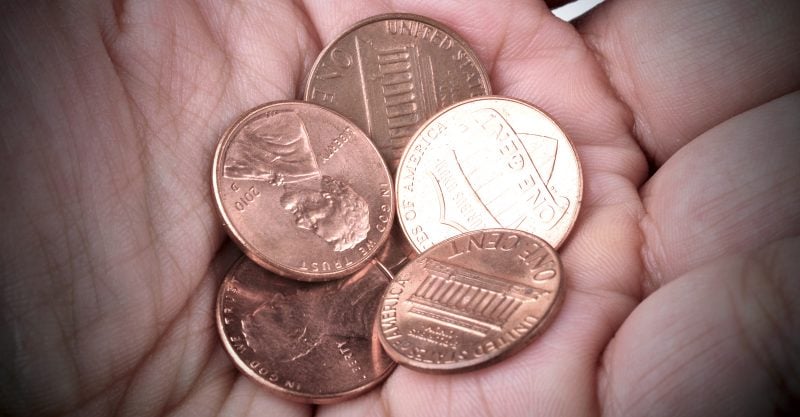 Monsanto owner Bayer AG is making progress toward a sweeping settlement of thousands of U.S. lawsuits brought by people alleging they or their loved ones developed cancer after exposure to Monsanto’s Roundup herbicides.

Recent correspondence from plaintiffs’ lawyers to their clients underscored that progress, confirming a large percentage of plaintiffs are opting to participate in the settlement, despite complaints by many plaintiffs that they are facing unfairly small payout proposals.

By some calculations, the average gross settlement will leave little to no compensation, perhaps a few thousand dollars, for individual plaintiffs after attorneys’ fees are paid and certain insured medical costs are reimbursed.

Nevertheless, according to a letter sent to plaintiffs in late November by one of the lead law firms in the litigation, more than 95% of the “eligible claimants” decided to participate in the settlement plan negotiated by the firm with Bayer. A “settlement administrator” now has 30 days to review the cases and confirm the plaintiffs’ eligibility to receive settlement funds, according to the correspondence.

One plaintiff, who asked not to be identified by name due to the confidentiality of the settlement proceedings, said he is opting out of the settlement in hopes of obtaining more money through mediation or a future trial.

He said he requires ongoing tests and treatments for his cancer and the proposed settlement structure would leave him nothing to cover those ongoing costs.

“Bayer wants a release by paying as little as possible without going to trial,” he said.

The rough estimate on average gross payouts per plaintiff is about $165,000, lawyers and plaintiffs involved in the discussions have said. But some plaintiffs could receive far more, and some less, depending upon the details of their case. There are many criteria determining who can participate in the settlement and how much money that person may receive.

To be eligible, the Roundup user has to be a U.S. citizen, have been diagnosed with non-Hodgkin lymphoma (NHL), and had exposures to Roundup for at least one year prior to being diagnosed with NHL.

The settlement agreement with Bayer will be complete when the administrator confirms that more than 93% of claimants qualify, according to the terms of the deal.

If the settlement administrator finds a plaintiff ineligible, that plaintiff has 30 days to appeal the decision.

For plaintiffs deemed eligible the settlement administrator will award each case a number of points based on specific criteria. The amount of money each plaintiff will receive is based on the number of points calculated for their individual situation.

Basis points are established using the age of the individual at the time they were diagnosed with NHL and the level of severity of the “injury” as determined by the degree of treatment and outcome. The levels run 1-5. Someone who died from NHL is assigned basis points for a level 5, for instance. More points are given to younger people who suffered multiple rounds of treatment and/or died.

In addition to the basis points, adjustments are allowed that give more points to plaintiffs who had more exposure to Roundup. There are also allowances for more points for specific types of NHL. Plaintiffs diagnosed with a type of NHL called Primary Central Nervous System (CNS) lymphoma receive a 10% boost to their points tally, for example.

People can also have points deducted based on certain factors. Here are a few specific examples from the points matrix established for the Roundup litigation:

The settlement funds should begin to flow to participants in the spring with final payments hopefully made by summer, according to lawyers involved.

Since buying Monsanto in 2018, Bayer has been struggling to figure out how to put an end to the litigation that includes more than 100,000 plaintiffs in the U.S. The company lost all three trials held to date and has lost the early rounds of appeals seeking to overturn the trial losses. Juries in each of the trials found that Monsanto’s glyphosate-based herbicides, such as Roundup, do cause cancer and that Monsanto spent decades hiding the risks.

The jury awards totaled well over $2 billion, though the judgments have been ordered reduced by trial and appellate court judges.

The company’s efforts to resolve the litigation have been stymied in part by the challenge of how to head off claims that could be brought in the future by people who develop cancer after using the company’s herbicides.

Even as Bayer aims to head off future trials with settlement dollars, the company continues to try to overturn the outcomes of the three trials the company lost.

In the first trial loss — the Johnson v. Monsanto case — Bayer lost efforts to overturn the jury finding that Monsanto was liable for Johnson’s cancer at the appellate court level, and in October, the California Supreme Court refused to review the case.

Bayer now has 150 days from that decision to ask for the matter to be taken up by the U.S. Supreme Court. The company has not made a final decision regarding that move, according to a Bayer spokesman, but has indicated previously that it does intend to take such action.

If Bayer does petition the U.S. Supreme Court, Johnson’s attorneys are expected to file a conditional cross-appeal asking the court to examine the judicial actions that slashed Johnson’s jury award from $289 to $20.5 million.

In addition to the liability Bayer faces from Monsanto’s Roundup cancer litigation, the company is struggling with Monsanto liabilities in PCB pollution litigation and in litigation over crop damage caused by Monsanto’s dicamba herbicide-based crop system.

A federal judge in Los Angeles last week rejected a proposal by Bayer to pay $648 million to settle class-action litigation brought by claimants alleging contamination from polychlorinated biphenyls, or PCBs, made by Monsanto.

Also last week, the trial judge in the case of Bader Farms, Inc. v. Monsanto rejected Bayer’s motions for a new trial. The judge cut the punitive damages awarded by the jury, however, from $250 million to $60 million, leaving intact compensatory damages of $15 million, for a total award of $75 million.

Documents obtained through discovery in the Bader case revealed that Monsanto and chemical giant BASF were aware for years that their plans to introduce a dicamba herbicide-based agricultural seed and chemical system would probably lead to damage on many U.S. farms.

Published with permission by U.S. Right To Know.