Evidence suggests that Roundup, Monsanto’s well-known glyphosate-based herbicide, can alter the biosynthesis of the sexual hormones. 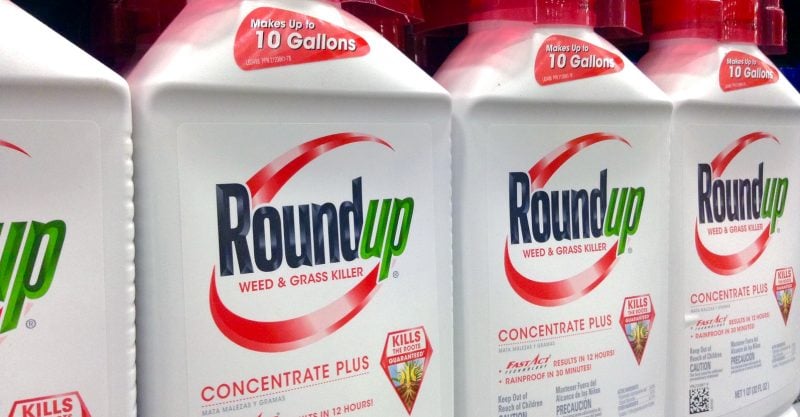 New research is adding worrisome evidence to concerns that the widely used weed-killing chemical glyphosate may have the potential to interfere with human hormones.

In a paper published in the journal Chemosphere, Glyphosate and the key characteristics of an endocrine disruptor: a review, a trio of scientists concluded that glyphosate appears to have eight out of 10 key characteristics associated with endocrine disrupting chemicals. The authors cautioned, however, that prospective cohort studies are still needed to more clearly understand the impacts of glyphosate on the human endocrine system.

The authors, Juan Munoz, Tammy Bleak and Gloria Calaf, each affiliated with the University of Tarapacá in Chile, said their paper is the first review to consolidate the mechanistic evidence on glyphosate as an endocrine-disrupting chemical (EDC).

Some of the evidence suggests that Roundup, Monsanto’s well-known glyphosate-based herbicide, can alter the biosynthesis of the sexual hormones, according to the researchers.

EDCs may mimic or interfere with the body’s hormones and are linked with developmental and reproductive problems as well as brain and immune system dysfunction.

Glyphosate is the world’s most widely used herbicide, sold in 140 countries. Introduced commercially in 1974 by Monsanto, the chemical is the active ingredient in popular products such as Roundup and hundreds of other weed killers used by consumers, municipalities, utilities, farmers, golf course operators, and others around the world.

“It’s not necessarily unexpected since glyphosate has some structural similarities with many other endocrine disrupting pesticides; however, it is more concerning because glyphosate use far surpasses other pesticides,” said Barr, who directs a program within a National Institutes of Health-funded human exposure research center housed at Emory. “Glyphosate is used on so many crops and in so many residential applications such that aggregate and cumulative exposures can be considerable.”

Phil Landrigan, director of the Global Observatory on Pollution and Health, and a professor of biology at Boston College, said the review pulled together “strong evidence” that glyphosate is an endocrine disruptor.

“The report is consistent with a larger body of literature indicating that glyphosate has a wide range of adverse health effects — findings that overturn Monsanto’s long-standing portrayal of glyphosate as a benign chemical with no negative impacts on human health,” said Landrigan

EDCs have been a subject of concern since the 1990s after a series of publications suggested that some chemicals commonly used in pesticides, industrial solvents, plastics, detergents, and other substances could have the capacity to disrupt connections between hormones and their receptors.

Scientists generally recognized ten functional properties of agents that alter hormone action, referring to these as ten “key characteristics” of endocrine-disruptors. The ten characteristics are as follows:

The authors of the new paper said a review of the mechanistic data showed that glyphosate met all of the key characteristics with the exception of two:  “Regarding glyphosate, there is no evidence associated with the antagonistic capacity of hormonal receptors,” they said. As well, “there is no evidence of its impact on hormonal metabolism or clearance,” according to the authors.

Research over the last few decades has largely focused on links found between glyphosate and cancer, particularly non-Hodgkin lymphoma (NHL.) In 2015, the World Health Organization’s International Agency for Research on Cancer classified glyphosate as a probable human carcinogen.

More than 100,000 people have sued Monsanto in the U.S. alleging exposure to the company’s glyphosate-based herbicides caused them or their loved ones to develop NHL.

The plaintiffs in the nationwide litigation also claim Monsanto has long sought to hide the risks of its herbicides. Monsanto lost three out of three trials and its German owner Bayer AG has spent the last year and a half trying to settle the litigation out of court.

The authors of the new paper took note of the ubiquitous nature of glyphosate, saying “massive use” of the chemical has “led to a wide environmental diffusion,” including rising exposures tied to human consumption of the weed killer through food.

The researchers said that though regulators say the levels of glyphosate residue commonly found in foods are low enough to be safe, they “cannot rule out” a “potential risk” to people consuming foods containing contaminated with the chemical,  particularly grains and other plant-based foods, which often have higher levels than milk, meat or fish products.

U.S. government documents show glyphosate residues have been detected in a range of foods, including organic honey, and granola and crackers.

Canadian government researchers have also reported glyphosate residues in foods. One report issued in 2019 by scientists from Canada’s Agri-Food Laboratories at the Alberta Ministry of Agriculture and Forestry found glyphosate in 197 of 200 samples of honey they examined.Despite the concerns about glyphosate impacts on human health, including through dietary exposure, U.S. regulators have steadfastly defended the safety of the chemical. The Environmental Protection Agency maintains that it has not found ”any human health risks from exposure to glyphosate.”