You Can’t See, Smell or Taste These Toxic Chemicals — But They’re Everywhere

Humans can’t see, smell or taste per- and polyfluoroalkyl substances, or PFAS, chemicals, but the toxic substances have steadily accumulated in our drinking water sources and they pose a very real health threat. 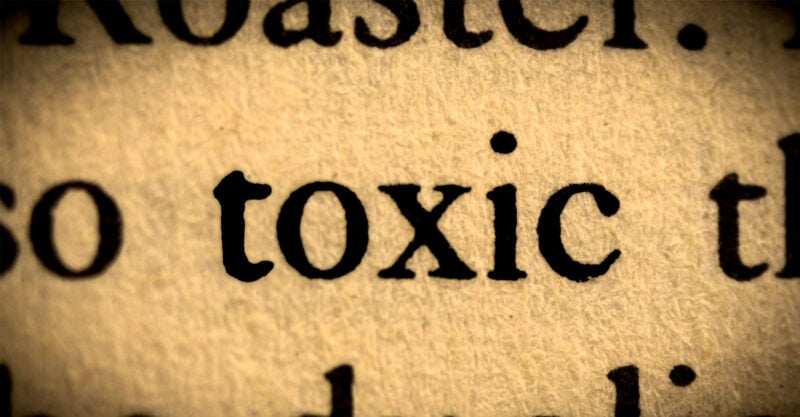 Humans perceive risk based largely on what we can see, smell and taste. Those senses serve us well when there are perceptible dangers to our health and the environment.

We can see and smell raw sewage and as such, it is widely perceived as a risk to human and environmental health. The increasing concern of scientists about the presence of antibiotic-resistant bacteria in sewage has confirmed its actual risk.

The Environment Agency also reports that pollution from sewage discharge is a leading cause of poor river quality in England.

But there are serious chemical threats, called per— and polyfluoroalkyl  substances (PFAS), that we cannot perceive because they are colorless and odorless.

Now present in our drinking water and natural ecosystems, high-level exposure to these toxic chemicals can elicit a range of negative health effects in humans and wildlife. These include an increased risk of certain cancers, kidney disease, cholesterol, reproductive and developmental disruption and a decreased vaccine response.

Humans cannot see, smell or taste PFAS in our water. Yet they are a serious global threat. The actual risk of PFAS is high, but in my experience as a scientist working on environmental pollution, many people are unaware of them.

First developed in the 1940s, PFAS are a large group of more than 4,000 synthetic chemicals. Commonly known as “forever chemicals” their properties make them water and oil-repellent and highly resistant to chemical and thermal breakdown.

Therefore, they are ingredients in various everyday products and are all around us. Non-stick frying pans, waterproof rain jackets, flame-retardant sofas and carpets, food packaging, makeup and countless other items all contain these chemicals.

But PFAS can persist in the environment for hundreds or thousands of years. Research estimates that it takes more than 1,000 years on average for the chemical concentration of some PFAS to reduce by 50% in soil.

Due to their persistence, PFAS chemicals have steadily accumulated in drinking water sources and oceans worldwide. This can happen as contaminated water leaks away from landfills into groundwater. PFAS in household items can also be washed into rivers and oceans through sewage systems.

In England, the Environment Agency analyzed 470 freshwater sites between 2014 and 2019 and found PFAS contamination in 97% of them.

The freshwater contaminants then accumulate in plants and animals, where they can be transferred to humans via ingestion.

Levels of the most abundant chemical recorded in each species — perfluorooctane sulfonate — exceeded wildlife protective guidelines in 83% of whole fish examined. The consumption of wild fish, therefore, represents a serious health concern for the local population.

Most people in the world are likely to have been exposed to PFAS. In 2012, more than 97% of Americans were estimated to have detectable levels of PFAS in their blood for example.

But, unlike most other chemical pollutants, PFAS are able to cycle continuously in hydrological processes and spread throughout the atmosphere. Scientists have, for example, recorded concentrations of PFAS in rainwater almost everywhere on Earth. This means that contamination may be largely irreversible.

Distributed by the water cycle, PFAS have been allowed to contaminate remote corners of the planet and negatively impact its wildlife. In Antarctica, accumulations of one type of PFAS — perfluorobutanoic acid — in snow increased more than 200-fold between 1957 and 2015.

Researchers have also found high concentrations of PFAS in Arctic algae. Algae are an important food source for zooplankton, with their contamination feeding upwards through the food chain to fish and shrimp then seals, and finally to apex predators such as polar bears.

A study of East Greenland polar bears revealed that PFAS contamination can disrupt a polar bear’s hormone system, which may negatively impact reproduction.

For many people, current PFAS exposure levels are unlikely to be high enough to warrant serious concern. But exposure in some occupations, including firefighting and chemical manufacturing and processing, are likely to be much higher. As will the risk for people whose drinking water or food sources have been contaminated.

Science, and even Hollywood, has warned us of the global chemical threat posed by PFAS. Yet many of us do not perceive them to be a threat.

This may be due to the fact that PFAS are an “invisible” threat and not as obvious as sewage or plastic pollution. But these toxic chemicals have accumulated in many of our water sources and are now interfering with natural ecosystems. Governments, scientists and the media must improve their communication of the risks associated with PFAS.