Toxic PFAS Chemicals in Your Blood? New Research Could Identify the Source.

New research could help pinpoint how people are exposed to “forever chemicals,” giving communities a roadmap for cleanup and individuals direction on how to avoid the chemicals, which are linked to a host of health issues. 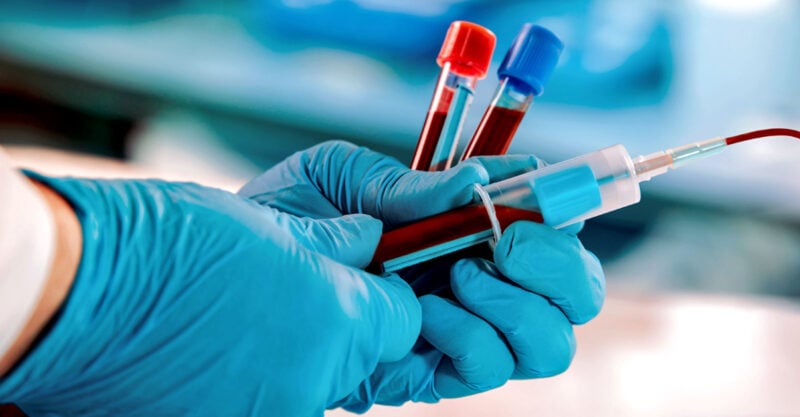 Downstream of a Chemours fluorochemical manufacturing plant on the Cape Fear River in North Carolina, people living in Brunswick and New Hanover counties suffer from higher-than-normal rates of brain tumors, breast cancers and other forms of rare — and accelerated — diseases.

Residents now know this isn’t a coincidence. It’s from years of PFAS contamination from Chemours.

It wasn’t easy to make the connection. More than a decade of water testing and lawsuits identified the link between aggressive cancers and per-and polyfluoroalkyl substances, or PFAS — a class of more than 9,000 toxic and persistent man-made compounds known informally as “forever chemicals.”

The difficulty of tracing these chemicals to a specific source is that Americans — 97% of us, by one estimate — are exposed to potentially thousands of PFAS.

Instead of using environmental measures of PFAS as a proxy for how people are exposed, the methods use blood samples as a more direct way to map people’s exposure.

“If this works, it would allow us to identify, without any prior knowledge, what people are being exposed to and how they’re being exposed to it,” Dylan Wallis, a lead author of the paper and toxicologist formerly at North Carolina State University, told Environmental Health News (EHN).

The research, while not yet perfect, marks the beginning of what could become a wide-scale method of determining where the PFAS in our blood came from — such as our food, drinking water or use of nonstick cookware — and how much of it came from each source.

But its effectiveness hinges on the need to collect more comprehensive data on where PFAS occurs in people’s bodies, the environment and sources. If scientists can collect this data, then these methods would be able to draw a roadmap for people’s exposure, allowing us to pinpoint problem areas, avoid contamination and implement regulatory changes.

For this tracing method to work, scientists need an idea of which compounds exist in air, water, food and everyday products in a determined community. First, they have to know where to look for PFAS. This study used data from previous research to identify the types of PFAS in drinking water.

Then, they test blood samples for which PFAS are in people’s bodies — although using blood alone gives us only part of the contamination picture, Carla Ng, a chemical and biological engineer at the University of Pittsburgh, told EHN.

Once they match PFAS proportions in blood to what’s in their drinking water, as in this study, they can gain clues to which sources contributed the chemicals showing up in people’s blood.

“You start to build this picture of what are the inputs, what’s the material they’re getting their exposure from, and then what’s in their blood,” Ng, who was not involved in the study, explained.

The new study analyzed blood samples taken in 2018 and 2020 from residents in Wilmington, North Carolina, and three towns in El Paso County, Colorado.

Both communities are near well-known PFAS polluters: the Chemours facility in North Carolina, which manufactures fluoropolymers for nonstick and waterproof products, and the Peterson Space Force Base in Colorado, which uses PFAS-containing firefighting foam, also called AFFFs.

The team used computer models to identify 20 PFAS compounds from residents’ blood samples and then grouped them into categories representing different sources. Some are easy to identify because manufacturers often use a specific type of PFAS.

For example, the compounds found in firefighting foam have a unique signature, like a fingerprint, making Peterson Space Force Base the obvious culprit. But more diffuse sources of PFAS, such as those in dust or food, are harder to pin down because scientists aren’t sure which PFAS are in them or where they come from.

In North Carolina and Colorado, the sources were more obvious, allowing the research team to test models’ ability to identify sources. However, to conduct similar research on a national scale is not so simple.

The Centers for Disease Control and Prevention’s National Health and Nutrition Examination Survey has tested levels of PFAS in blood samples nationwide since 1999, but it only tests for a specific list of PFAS, which could overlook the full spectrum of compounds.

Drinking water in both locations in the study shows high levels of fluoroethers, a newer type of PFAS, and perfluoroalkyl acids, many of which are “legacy” PFAS, meaning they have been phased out of production for at least a decade but are still found in drinking water.

Because the chemical bonds are so strong, they persist in the environment for years, which is why they show up in blood samples long after companies have stopped using or manufacturing them.

Long-chain PFAS like PFOA and PFOS, which are the most-studied compounds with a longer structure of carbon-fluorine bonds, are harder to break down, and they bond to proteins in the blood more easily than short-chain compounds.

Wallis said they were surprised the models worked because they have never been used for PFAS before. They were built to trace other contaminants in the environment, like particles in air pollution, rather than in people.

Hu conducted earlier research using a different type of computer analysis of blood samples to identify the main sources of PFAS contamination in the Faroe Islands.

“When you take a blood sample, it’s really just a snapshot,” she said. “So how do you translate this snapshot of concentration back to the course of the entire exposure history?”

That’s partly why the new paper’s authors conducted this study: The more compounds that are correctly linked to a source, the better these models will work, Wallis said. In essence, they need a better database of PFAS compounds so the models know how to connect the dots.

PFAS also react differently in the human body than in the environment, and scientists still don’t fully understand how we metabolize different compounds.

Shorter-chain PFAS, for example, are more likely to appear in urine samples than in blood because they are water-soluble, said Pittsburgh’s Ng, who studies how PFAS react in humans and wildlife.

“If you’re doing everything on the basis of blood levels, it may not tell you everything you need to know about exposure and potential toxicity,” she said, adding that PFAS could also accumulate in the liver, brain, lungs and other locations where it’s difficult to take samples.

Worse, more modern PFAS with carbon-hydrogen bonds can actually transform into other types of compounds as the body metabolizes them, which could give a false impression of what people are exposed to.

“The key to identifying a good tracer is a molecule that doesn’t transform,” Ng said. Some PFAS are great tracers, she added, but “the more transformable your PFAS is in general, the poorer the tracer is going to be.”

That’s why newer PFAS compounds like GenX were not detected in blood samples or used as tracers in the recent study.

“These models aren’t going to account for everything,” Wallis said. “No model is.”

Wallis and their co-authors said they hope the models can become more accurate for less exposed communities in the future. With more data, it would be easier to suggest what to avoid instead of guessing where PFAS exposures come from, Wallis said, adding that it could lead to more protective regulations.

Although these models can vaguely help identify where compounds might come from in a particular community, it’s not a definitive solution, Alissa Cordner, an environmental sociologist and co-director of the PFAS Project Lab who was not involved in the recent study, told EHN. Even if there’s no immediate application of these methods, identifying where PFAS are is the first step.

“Everybody can point their fingers at other possible sources of contamination,” Cordner said. “The best way to address this is not to try to, after the fact, link people’s exposure to a contamination source. It’s to stop the contamination.”

Marlowe Starling is an environmental reporter.