Toxic ‘Forever Chemicals’ Pollution Found at 57,412 Sites in All 50 States

A study published in Environmental Science & Technology Letters found likely per- and polyfluoroalkyl substances, better known as PFAS, contamination in all 50 states at sites such as industrial facilities, waste processing facilities, airports and military bases. 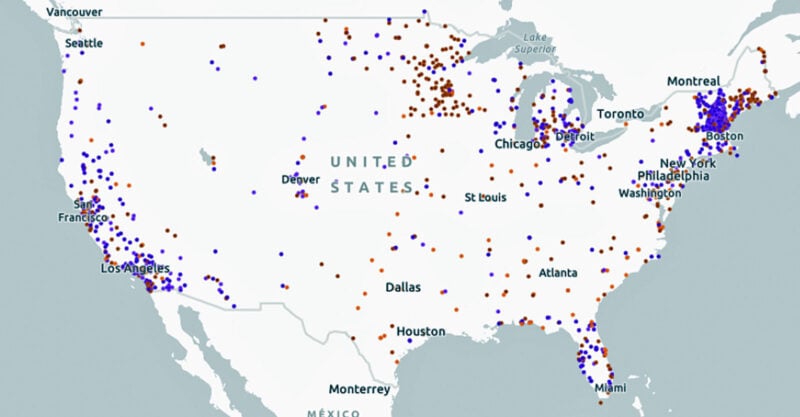 Toxic PFAS have likely contaminated roughly 57,412 locations across the U.S., according to a new study.

Those locations include certain industrial facilities, waste processing facilities and places where firefighting foam containing PFAS (per- and polyfluoroalkyl substances) have been used, such as airports and military bases.

The study, published Oct. 14 in the journal Environmental Science & Technology Letters, found likely PFAS contamination sites in all 50 states. It is the first study to use existing scientific data on PFAS contamination to create a model that can predict locations where contamination is likely.

“PFAS contamination at these sites is not just possible, but probable,” Alissa Cordner, senior author on the paper and co-director of the PFAS Project Lab, told EHN.

“Testing for PFAS is extremely expensive and requires a lot of time and technical capacity … One of our big goals is to help decision makers prioritize testing and remediation at these locations based on this high likelihood of contamination.”

PFAS don’t break down naturally, so they linger in the environment and human bodies. Exposure is linked to health problems including kidney and testicular cancer, liver and thyroid problems, reproductive problems, lowered vaccine efficacy in children and increased risk of birth defects, among others.

The chemicals have been found in drinking water systems throughout the U.S., in the bodies of humans and animals around the globe, in plants and crops and even in rainwater at levels too high for safe consumption.

Research on the chemicals has increased in recent years, but due to a lack of testing requirements at the federal level, we lack critical data about the scale, scope and severity of PFAS releases and contamination in the U.S.

The new study helps fill that gap and also provides a map of presumptive contamination sites. The researchers looked at 11 existing studies and regulatory lists that clearly linked levels of PFAS contamination to specific types of facilities, then referenced national databases to map the location of similar sites across the country.

“This model is likely an underestimation of contaminated sites,” Cordner said.

“For example, we know that locations where sludge has been applied to farmland, and locations where firefighting foam has been used in training exercises are likely to be contaminated, but there are no federal databases of those sites, so they aren’t included here.”

In 2021, the U.S. Environmental Protection Agency (EPA) laid out a road map to new regulations for PFAS, including regulating the chemicals in drinking water, but many health advocates and scientists who study the chemicals believe the agency is moving too slowly.

In the meantime, some states have begun regulating the chemicals, but that has led to a patchwork of protections.

“There certainly is a need for a federal [drinking water limit] on PFAS that’s protective of public health,” Cordner said.

“In the meantime, we would love to see this research used broadly by local, municipal, and state decision makers to prioritize sites for testing and public health interventions.”

In contrast, only 10 locations in Pennsylvania show up on the report’s map of known contamination sites.

From 2019-2021, the Pennsylvania Department of Environmental Protection (DEP) conducted statewide PFAS sampling that revealed one out of three drinking systems exceed the EPA’s recommended health thresholds for PFAS.

The DEP has been working to set drinking water limits for PFAS in the state since at least 2017. That process is expected to be complete in 2023.

“The EPA’s interim health advisory limits are so low, they’re essentially saying almost any amount of exposure to these chemicals is likely to be hazardous to human health,” Cordner said.

She also noted that PFOA and PFOS are only two of a class of more than 12,000 similar chemicals, and called on regulators to move away from regulating them one at a time and instead regulate them as a class.

“We need to stop all non-essential use of these chemicals in industrial processes, commercial products, and firefighting foam to prevent these harmful exposures.” 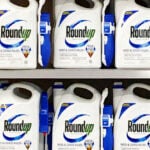 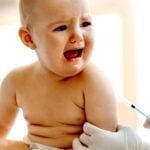 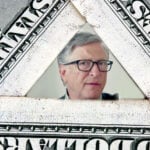 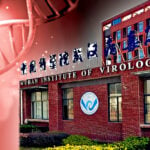