Five U.S. Senators this week asked the National Institutes of Health (NIH) to disclose details about royalty payments made to NIH employees by third parties, including pharmaceutical companies, in a letter stating Americans deserve full transparency. 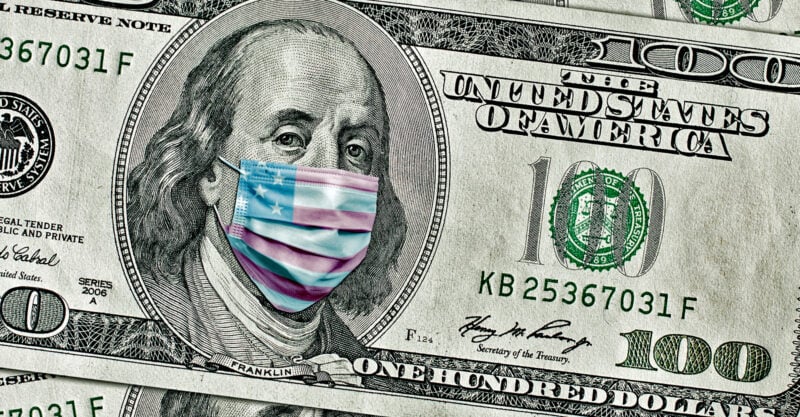 Five U.S. Senators this week asked the National Institutes of Health (NIH) to disclose details about royalty payments made to NIH employees by third parties, including pharmaceutical companies, in a letter stating Americans deserve full transparency.

In a letter to Lawrence Tabak, acting director of the National Institutes of Health (NIH), the senators asked Tabak to disclose the amounts of royalty payments, who made the payments and the products or innovations for which the employees were paid.

This letter came after the nonprofit OpentheBooks reported the NIH, in response to the group’s Freedom of Information Act request, provided the names of NIH employees who received royalty payments between 2009 and 2020, but redacted the amounts paid, and the companies or other entities that made the payments.

The group determined that between 2010 and 2020, more than $350 million in royalties were paid by third parties to the NIH and its scientists. Dr. Anthony Fauci received 23 royalty payments, but the NIH not did disclose the sum total of those payments.

The senators said the FOIA redactions contradict a previous NIH statement claiming an entity “would have to make a request via the Freedom of Information Act to find out royalty payments to individual researchers.”

As members of the United States Senate Committee on Homeland Security and Governmental Affairs, and pursuant to 5 U.S.C. § 2954 as detailed below, we the undersigned write today to request information from the National Institutes of Health (NIH) regarding the disclosure of royalty payments made by third-party providers to NIH employees.

Each year, NIH awards tens of billions of dollars in the form of federal grants, and under §401.10 of the Patent and Trademark Law Amendments (Bayh-Dole) Act, federal agencies and employees may receive royalty payments for products and inventions when listed as an inventor or “co-inventor” on a product’s patent.

A 2020 study conducted by the Government Accountability Office showed that, in total, 93 NIH patents contributed to 34 FDA-approved prescription drugs, generating roughly $2 billion in royalty payments to the agency between 1991-2019. In 2004 alone, some 900 NIH scientists earned approximately $8.9 million in royalties for drugs and inventions they discovered while working for the government.

In 2005, the National Institutes of Health (NIH) implemented a policy requiring its employees to disclose these royalty payments on the consent forms for clinical trial participants; however, the agency has taken no action to disclose such payments to the public at large.

In fact, even after the nonprofit organization Open the Books submitted a Freedom of Information Act (FOIA) request to disclose royalty payments made between 2009 and 2020, the agency only provided the names of the employees receiving the payments and the number of payments they received between 2009 and 2014; the amounts of the individual payments, the innovation in question, and the names of the third-party payers were redacted by NIH.

These FOIA redactions contradict a 2005 statement by an NIH spokesman that an entity “would have to make a request via the Freedom of Information Act to find out royalty payments to individual researchers.”

Nevertheless, we believe that the American taxpayer deserves to know 1) the degree to which government doctors and researchers have a financial interest in drugs and products they support, and 2) whether any relationship exists between federal grants awarded by NIH and royalty payments received by NIH personnel.

Additionally, Americans deserve greater transparency in how the hundreds of millions in royalty payments NIH receives are distributed, and the degree to which NIH’s leadership — already among the highest-paid individuals in the federal bureaucracy – has benefited from this “hidden” revenue stream.

The U.S. Senate Committee on Homeland Security and Governmental Affairs is charged with studying:

“The efficiency and economy of operations of all branches of the Government including the possible existence of fraud, misfeasance, malfeasance, collusion, mismanagement, incompetence, corruption or unethical practices, waste, extravagance, conflicts of interest, and the improper expenditure of Government funds in transactions, contracts, and activities of the Government or of Government officials and employees and any and all such improper practices between Government personnel and corporations, individuals, companies, or persons afflicted therewith, doing business with the Government, and the compliance or noncompliance of such corporations, companies, or individuals or other entities with the rules, regulations, and laws governing the various governmental agencies and the Government’s relationship with the public.

Accordingly, as members of that committee, and in order to fulfill this oversight mandate, we request the following information:

1. Regarding royalty payments made by third parties to employees of the National Institutes of Health between January 1, 2009, and December 31, 2021, please provide an itemized list detailing:

a. The amount and date of each individual royalty payment made by third-party payers to employees and administrators of the National Institutes of Health.

Please include the names, official employment titles, and pay grades of the recipients, as well as the names of the third-party payers.

b. The aggregate amount each NIH employee or administrator received in royalty payments.

2. Regarding royalty payments made by pharmaceutical companies to employees of the National Institutes of Health between January 1, 2018, to March 1, 2022, please provide a line-item list of the following:

a. The dollar amount and date of each individual royalty payment made by pharmaceutical companies to employees and administrators of the National Institutes of Health

Please include the names, official employment titles, and pay grades of the recipients, as well as the names of the pharmaceutical companies that made the payments.

b. The total number of employees and administrators at NIH that received royalty payments from pharmaceutical companies between January 1, 2018, and March 1, 2022.

3. Between January 1, 2020, and March 1, 2022, what is the aggregate amount of dollars the National Institutes of Health or its employees have received related to COVID-19 testing, research, treatment and vaccination efforts?

4. As required by the criminal conflicts of interest law at 18 U.S.C. § 208(a), Federal employees may not participate personally and substantially in any particular matter in which they know they have a financial interest unless they first obtain a written waiver or qualify for a regulatory exemption.

a. Have all NIH employees receiving royalty payments by pharmaceutical companies completed this written waiver or qualified for regulatory exemption? If not, please explain why.

5. How much did the National Institutes of Health directly receive in royalties between January 1, 2009, and December 31, 2021?

a. Please explain, in detail, how the National Institutes of Health uses these royalty payments made to the agency.

Under 5 U.S.C. § 2954, “[a]n Executive agency, on request of the Committee on [Oversight and Reform] of the House of Representatives, or of any seven members thereof, or on request of the Committee on [Homeland Security and] Governmental Affairs of the Senate, or any five members thereof, shall submit any information requested of it relating to any matter within the jurisdiction of the committee.”

Our expectation is that NIH will honor this statutory obligation, and we ask that NIH please respond and provide the requested information no later than Friday, June 17, 2022.