In an interview on “RFK Jr. The Defender Podcast,” Adam Andrzejewski, founder of OpenTheBooks.com, discussed how the group had to sue the National Institutes of Health (NIH) in order to discover that between 2010 and 2020, NIH scientists received more than $350 million in royalty payments from pharmaceutical companies. 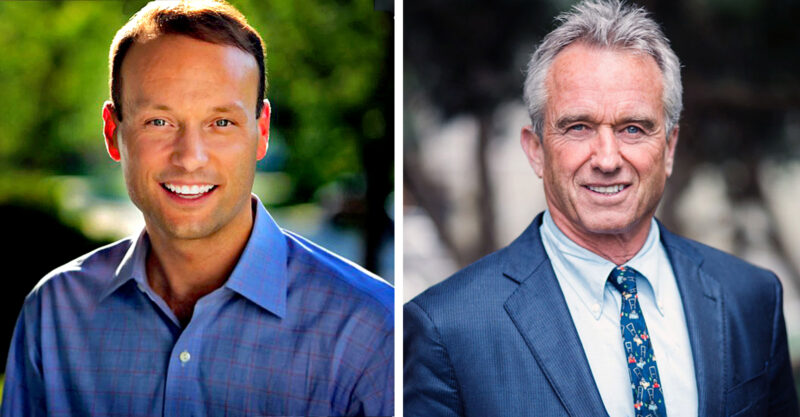 Royalty payments from pharmaceutical companies and other third parties to National Institutes of Health (NIH) scientists are skyrocketing, according to the nonprofit government watchdog organization OpenTheBooks.com.

OpenTheBooks on May 9 published its findings after forcing the NIH to disclose more than 22,100 royalty payments to its scientists.

Andrzejewski told Kennedy OpenTheBooks found that between fiscal years 2010 and 2020, more than $350 million in royalties were paid by third parties to the NIH and its scientists.

Dr. Anthony Fauci received 23 royalty payments, but the NIH has yet to disclose the sum total of those payments.

“It is really almost dumbfounding that the people who are working there [at the NIH] are collecting royalties on the products that they’re supposed to be regulating,” said Kennedy. “The mercantile interests of scientists and public officials end up wagging the regulatory dog.”

Between fiscal years 2010 + 2020, more than $350 million in royalties were paid by 3rd parties to NIH + its scientists. Dr. Fauci received 23 royalty payments, but the NIH has yet to disclose the sum total of those payments.https://t.co/P6PSDvlso1

By litigating against NIH, OpenTheBooks got the first real glimpse into what’s happening with these royalty payments from Big Pharma, Kennedy said.

“We know that every single year, NIH doles out $32 billion worth of grants, and there are 56,000 entities that receive a grant,” said Andrzejewski. “So tens of billions of dollars of grant-making is going one way.”

Thanks to his group’s investigation, he said, “Now we know that hundreds of millions of dollars worth of third-party royalties are going the other way.”

To obtain the information from the NIH, OpenTheBooks sued the agency in federal court in October, Andrzejewski said, after the NIH ignored their Freedom of Information Act requests.

Kennedy pointed out that when a drug comes to market, “the scientist at NIH who worked on its development is entitled to a patent claim on that drug … So that the pharmaceutical company that he’s supposed to be regulating is now paying money back to him for every time it sells a unit of that drug.”

“We call it an unholy alliance,” said Andrzejewski.

“This private royalty stream from these third-party payers — like you say, think pharmaceutical companies — back to the NIH scientists … has not received sunshine [or] public oversight since 2005.

“In 2005, the Associated Press was able to break open that database. And what they found was that 918 scientists received $9 million that year. The average payment per scientist was $9,700. Well, now we know for the first time, since 2005, that the stakes are a lot larger.”

“So the amount of royalties in the aggregate is up four times, from $9 million to $36 million over the course of the last 17 years,” Andrzejewski said.

“This is a strategy over at the National Institutes of Health,” Andrzejewski told Kennedy.   “They’ve declared war on transparency. They’re using taxpayer dollars to try to keep taxpayers in the dark.”

In January 2021, Andrzejewski wrote an article about Fauci in which he pointed out that Fauci is the highest-paid U.S. government employee. After the NIH complained, Forbes terminated Andrzejewski’s regular column.