Newsweek last week published two opinion pieces criticizing the U.S. government's response to COVID-19, claiming Americans don't trust the Centers for Disease Control and Prevention and, in one case, recommending the creation of a new means of decision-making in public health. 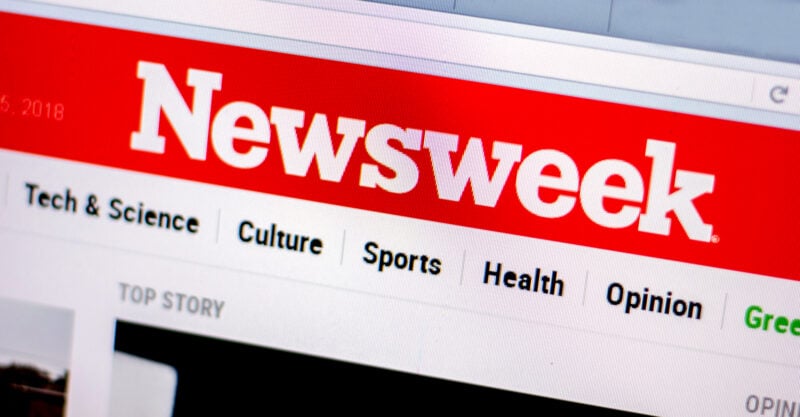 Newsweek last week published two opinion pieces criticizing the U.S. government’s response to COVID-19, claiming Americans don’t trust the Centers for Disease Control and Prevention (CDC) and, in one case, recommending the creation of a new means of decision-making in public health.

“People don’t trust the CDC,” wrote Dr. Marty Makary, a Johns Hopkins School of Medicine professor and author of “The Price We Pay: What Broke American Health Care and How To Fix It,” in an op-ed published June 10.

Makary cited the agency’s recent decision to recommend COVID-19 booster shots for children ages 5-11, despite a Pfizer spokesperson admitting its own study of 140 children did not determine the efficacy of the booster in 5- to 11-year-olds.

“That didn’t matter to the CDC,” Makary wrote, adding:

“Seemingly hoping for a different answer, the agency put the matter before its own kangaroo court of curated experts, the Advisory Committee on Immunization Practices (ACIP).

“I listened to the meeting, and couldn’t believe what I heard. At times, the committee members sounded like a group of marketing executives.”

The ACIP and committees like it are made up of “like-minded loyalists” to the CDC, wrote Makary, and one member — Dr. Oliver Brooks of the Watts Healthcare Corporation — exhibited “classic medical paternalism” when he insisted the CDC say that 5-to-11-year-olds “should” get a booster, rather than “may.”

Brooks “was essentially suggesting that boosting in this age group would be a clinical trial conducted without informed consent,” wrote Makary. “That doesn’t sound like following the science to me.”

The committee approved the booster for this age group by a vote of 11-1, ignoring the professional expertise of many (especially rural) pediatricians who do not recommend the vaccines for their patients — and discounting the effectiveness of natural immunity, Makary claimed.

“If the CDC is curious as to why people aren’t listening to its recommendations, it should consider how it bypassed experts to put the matter before a kangaroo court of like-minded loyalists,” he wrote.

Austin Stone, whose op-ed also appeared June 10 in Newsweek, called the public’s eroding trust in public health officials a “crisis,” citing recent polls commissioned by the American Board of Internal Medicine Foundation that show only a third of the public trusts insurance groups and pharmaceutical companies, while just 56% trust the government health agencies that are meant to regulate these industries.

Stone, managing partner at Beck & Stone and COO for the Center for Urban Renewal and Education, called on the government to listen to “competing voices” when making public-health decisions.

“We can no longer give public officials unilateral decision-making power over our public health response,” he wrote.

Stone disputed the narrative, promoted early on in the pandemic, that Blacks were “hesitant” to get the COVID-19 vaccine based on historical abuses, such as being coerced into taking part in experiments.

Calling the public health officials behind that narrative “clueless,” Stone said people who chose not to take the COVID-19 vaccine, regardless of their race, “made their choice based on the authorities’ very recent dishonesty, not a tragedy from decades ago.“

“It wasn’t complicated,” he wrote.

And it didn’t help, he wrote, when the experts who were brought in to advise on the White House pandemic response, including Drs. Deborah Birx and Anthony Fauci, “insisted on the most asinine and evidence-free preventative measures, including facial coverings, lockdowns and social distancing.”

Government monopoly on public health recommendations and mandates makes abuse and misconduct inevitable, according to Stone, who called for competition and accountability.

Since the declaration was signed, Stone wrote, “every single concern and recommendation it listed has been abundantly vindicated.”

This vindication demonstrates that “the goal of public health experts should not be to silence dissent of this kind, but to welcome it and encourage it to be as professional and accurate as possible,” he said.

Future policies should include choice, debate and competition, according to Stone.

“Before the next public health crisis, we need to create a fair, forward-thinking, and reputationally robust institution to serve as a non-governmental alternative and foil to federal bureaucracies like the CDC.”