Most Kids Are Already Naturally Immune to COVID. So Why Are We Vaccinating Them?

The “majority” of children in the U.S. have already been infected with COVID-19, The Washington Post today reported, but U.S. health officials won’t recognize natural immunity as an alternative to vaccination. 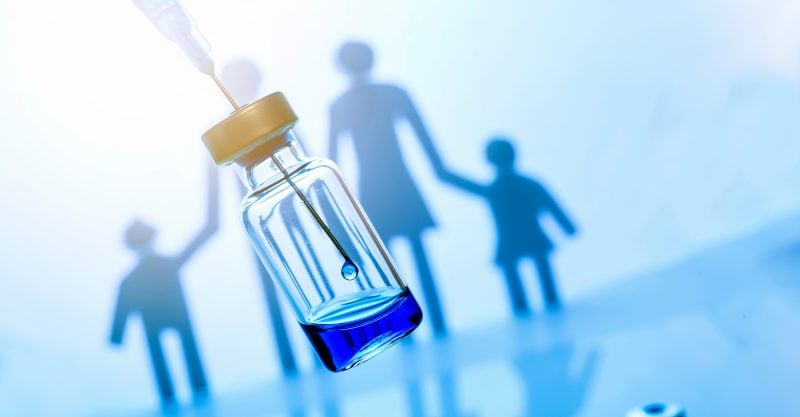 The “majority” of children in the U.S. have already been infected with COVID-19, The Washington Post today reported, after reviewing data from the Centers for Disease Control and Prevention (CDC).

The Post’s report begs the question: If so many kids have natural immunity to the virus, and, as reported Monday, the vaccines aren’t very effective in children 5 to 11 years old, why are public health officials, schools, businesses and others pushing to vaccinate kids?

During a security conference in Munich on Feb. 18, Bill Gates said:

“Sadly, the virus itself, particularly the variant called Omicron, is [a] type of vaccine — that is, it creates both B cell and T cell immunity — and it’s done a better job of getting out to the world population than we have with vaccines.”

Did Gates actually admit natural immunity to Omicron is succeeding where vaccines have failed — and that he’s “sad” about that?

Gates isn’t the only one talking about natural immunity these days.

Eric Topol, executive vice president of Scripps Research last month argued for including an option of natural immunity in the definition of “fully vaccinated.”

Even vaccine advocate Dr. Paul Offit, director of the Vaccine Education Center and member of the U.S. Food and Drug Administration’s vaccine advisory committee, is going to bat for recognizing natural immunity to COVID.

To this day, the CDC maintains this position in its official guidance for the public — despite the agency’s own studies showing natural immunity against COVID is superior to the immunity provided by COVID vaccines.

Some U.S. lawmakers think the CDC is wrong, as evidenced by the introduction of two the Natural Immunity Is Real Act in the Senate (S.2846) and the House (H.R. 5590).

The bills would require “all federal agencies to acknowledge and consider natural immunity to COVID-19 when promulgating any regulation related to the COVID-19 public health emergency.

But for now, in the U.S. at least, those states, businesses and schools requiring “proof of COVID vaccination” make no exceptions for people — including kids — who recovered from COVID, and therefore have natural immunity.

Unfortunately, the CDC doesn’t provide up-to-date seroprevalence data for children in the U.S., but UK data may shed light on children and natural immunity.

“In the week beginning 10 January 2022, the percentage who would have tested positive for antibodies against SARS-CoV-2 ranged from 90.2% to 93.3% for children aged 12 to 15 years and from 63.3% to 72.7% for those aged 8 to 11 years across the UK. Estimates show the percentage of children testing positive for antibodies against SARS-CoV-2 at or above 42 ng/ml.”

In the UK, vaccines have not yet been made available for the under 12 age group (except those who are at very high risk). The 63.3 to 72.7% is thus overwhelmingly due to natural immunity and not vaccination.

Also, as noted by the ONS, individuals testing below the threshold level may also have natural immunity, presumably in the form of T cells and B cells, where the antibodies have waned. Thus these data may be underestimates of the true population-level immunity.

The UK government had previously reported:

“It is estimated that over 85% of all children aged 5 to 11 will have had prior SARS-CoV-2 infection by the end of January 2022 with roughly half of these infections due to the Omicron variant. Natural immunity arising from prior infection will contribute towards protection against future infection and severe disease.”

The UK’s Joint Committee on Vaccination and Immunisation (JCVI) on Dec. 22, 2021, authorized the vaccine only for high-risk children ages 5 to 11.

Yet despite the encouraging data on natural immunity in this age group, the JCVI on Feb. 16, in updated guidance, expanded its recommendations to include a “non-urgent offer” of the vaccine to children who are not in a clinical risk group.

To be clear, the UK government authorized an mRNA vaccine for the original SARS-CoV-2 strain, to be made available in April, to a group of 5 million young healthy children — 85% or more of whom are expected to have natural immunity.

As John Campbell, Ph.D., said, if and when a future COVID wave ever comes, any possible beneficial effect from these shots will likely have waned.

Studies may explain why children are protected from SARS-COV2

A study in 2020 reported that cross cellular immunity and immunomodulation from previous existing childhood vaccines may provide protection against COVID infections.

A more recent study of children as young as 3 years old measured spike-specific T cell responses and found they were twice as high as those in adults. The authors suggested this is in part due to pre-existing cross-reactive responses to seasonal coronaviruses.

A January 2022 study demonstrated a protective effect from high levels of pre-existing immune cells generated by other coronaviruses like the common cold, which attack the proteins within the virus (nucleocapsid), rather than the spike protein on the virus.

According to the senior author of the study:

“The spike protein is under intense immune pressure from vaccine-induced antibodies which drives evolution of vaccine escape mutants. In contrast, the internal proteins targeted by the protective T cells we identified mutate much less.

“Consequently, they are highly conserved between the various SARS-CoV-2 variants, including omicron. This suggests that the existing cross-reactive T cells may provide better protection than an mRNA vaccine that focuses only on the original variant spike protein.”

Despite these studies, the latest data on how many children likely have immunity because they’ve recovered from COVID and the well-established scientific theory that natural immunity to a pathogen is superior to vaccine-induced immunity, places like New York City continue to demand proof of vaccination for all children age 5 and over in order for them to participate in extracurricular school activities, visit museums, zoos, theaters, gyms, and restaurants.

For the most comprehensive list of 150 research articles on natural immunity visit the Brownstone Institute.