Two active duty members of the U.S. Armed Forces on Aug. 17 filed a lawsuit against the U.S. Department of Defense, U.S. Food and Drug Administration and U.S. Department of Health and Human Services on behalf of themselves and 220,000 active service members who are being forced to get a COVID vaccine despite having had COVID and acquired natural immunity to SARS-CoV-2. 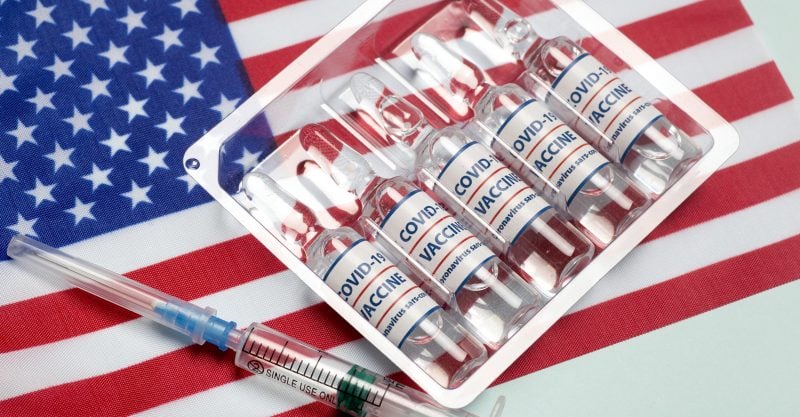 Two active duty members of the U.S. Armed Forces on Aug. 17 filed a lawsuit against the U.S. Department of Defense (DOD), U.S. Food and Drug Administration (FDA) and U.S. Department of Health and Human Services (HHS) on behalf of themselves and 220,000 active service members who are being forced to get a COVID vaccine despite having had COVID and acquired natural immunity to SARS-CoV-2.

The lead plaintiffs in the lawsuit, Staff Sergeant Daniel Robert and Staff Sergeant Holli Mulvihill, allege U.S. Sec. of Defense Lloyd Austin ignored the DOD’s own regulations and created an entirely new definition of “full immunity” as being achievable only by vaccination.

According to the lawsuit, the military’s existing laws and regulations unequivocally provide the exemption the plaintiffs seek under Army Regulation 40-562 (“AR 40-562”), which provides documented survivors of an infection a presumptive medical exemption from vaccination because of the natural immunity acquired as a result of having survived the infection.

“General examples of medical exemptions include the following … Evidence of immunity based on serologic tests, documented infection or similar circumstances.”

According to the lawsuit, Dr. Admiral Brett Giroir, HHS assistant secretary, stated in an interview Aug. 24 with Fox News: “So natural immunity, it’s very important … There are still no data to suggest vaccine immunity is better than natural immunity. I think both are highly protective.”

Yet on the same day, Austin issued a memo mandating the entire Armed Forces be vaccinated, in which he wrote:

“Those with previous COVID-19 infection are not considered fully vaccinated.”

In that memo, plaintiffs allege Austin created a new term and concept, which contradicts  the plain language of DOD’s own regulations, long-standing immunology practice, medical ethics and the overwhelming weight of scientific evidence regarding this specific virus.

Plaintiffs claim Austin, who is not a doctor, changed the DOD’s own regulation without providing “a scintilla of evidence to support it.”

They also allege Austin made the regulation change without going through the required rulemaking process, in violation of the Administrative Procedures Act review.

According to the lawsuit, Pfizer’s phase 3 trials — designed to test long-term side effects — are not scheduled for completion until 2023, and that “inexplicably, in the middle of that phase 3 trial, the manufacturer un-blinded the two cohorts, and members of the placebo group were given the opportunity to take the vaccine if they wanted to.”

Plaintiffs claim the FDA allowed Pfizer to turn the study from a placebo-controlled, blinded trial into an open, observational study.

Robert and Mulvihill on Aug. 30 filed a motion for an emergency temporary restraining order against the mandate, asking the court to prevent the DOD from vaccinating them and others who can document they previously had COVID.

Plaintiffs claim if they’re not granted the relief they seek, they will suffer immediate physical harm by being forced to take a vaccine for a virus to which they already have immunity.

In their motion, they also said the mandate constitutes an unconsented physical invasion of the worst kind — with a novel mRNA technology that has not even been tested on people who have acquired natural immunity to the virus, and who have a clear and unequivocal right to the exemption they are seeking under the DOD’s own regulations.

Vaccines could cause physical harm for some

The lawsuit also alleges the COVID vaccines could cause potential harm to the body — including harm caused by the spike protein.

Plaintiffs said the Centers for Disease Control and Prevention’s “Vaccine Adverse Event Reporting System” (VAERS), which contains adverse event reports for all vaccines administered in the U.S. from July 1,1990, shows a significant increase in adverse events since the rollout of COVID vaccines.

According to the lawsuit, before the FDA introduced COVID Emergency Use Authorization vaccines in December 2020, VAERS had recorded a total of 5,039 deaths and 12,053 permanent disabilities for all prior vaccines. However, for the week beginning Aug.13, VAERS showed 13,068 reports of deaths and 1,031,100 reports of serious adverse events from COVID vaccines alone.

The plaintiffs said they have the right to be free from unwanted physical intrusion and involuntary inoculation against a virus that poses statistically zero threat to people with natural immunity, and to reserve their guaranteed, codified and fundamental rights of informed consent. They allege forcibly inoculating a class of people with natural immunity will provide no benefit and will cause significant and irreparable physical harm and/or death.

Mary Holland, Children’s Health Defense president and general counsel, applauded the lead plaintiffs, Robert and Mulvihill, for standing up to the military’s mandate.

“They raise critical issues that courts must resolve — on medical exemptions for natural immunity, and whether the clinical trials serving as the basis for Pfizer’s licensure were sufficient,” Holland said.

“The plaintiffs’ case is exceptionally strong, resting as it does on proven natural immunity. Not only do Army regulations provide presumptive exemption to such individuals, but science and common sense require exemption of such people, in the military and out. It is well-established that natural immunity to COVID-19 is far more robust than vaccine-induced immunity, and those with natural immunity are at greater risk of injury if they are vaccinated. It is unfortunate that such a relatively simple matter needs to go to federal court for resolution, but we are delighted that plaintiffs Robert and Mulvihill brought the case. We hope that the court decides in their favor based on firm legal principles.”

Holland said a vaccine mandate for all members of the U.S. military is an “issue of national security” and of supreme importance to all Americans. “These plaintiffs raise challenges that the military brass and the federal government must respond to in open court,” she said.

Vaccinating those with natural immunity to COVID not supported by science

In the largest real-world observational study comparing natural immunity gained through previous SARS-CoV-2 infection to vaccine-induced immunity afforded by the Pfizer mRNA vaccine, people who recovered from COVID were much less likely than never-infected, vaccinated people to get Delta, develop symptoms or be hospitalized.

“It’s a textbook example of how natural immunity is really better than vaccination,” Charlotte Thålin, a physician and immunology researcher at Danderyd Hospital and the Karolinska Institute, told Science.

As The Defender reported, a December 2020 study by Singapore researchers found neutralizing antibodies (one prong of the immune response) remained present in high concentrations for 17 years or more in individuals who recovered from the original SARS-CoV-2.

American Institute of Economic Research reported, it appears in order to promote the COVID vaccine agenda, key organizations are not only “downplaying” natural immunity but may be seeking to “erase” it altogether.

Dr. Marty Makary, a professor at Johns Hopkins University School of Medicine and editor-in-chief of MedPage Today, said mandating vaccines for “every living, walking American” is not well-supported by science.

In an interview with U.S. News & World Reports, Makary said there is no scientific support for requiring the vaccine in people who have natural immunity — that is, immunity from prior COVID infection. There is zero clinical outcome data to support arguing dogmatically that natural immune individuals “must get vaccinated.”

Vaccinating people who previously had COVID could cause significant harm

Numerous scientists have warned vaccinating people who already had COVID could potentially cause harm, or even death.

According to Dr. Hooman Noorchashm, surgeon and patient safety advocate, it is scientifically established that once a person is naturally infected by a virus, antigens from that virus persist in the body for a long time after viral replication has stopped and clinical signs of infection have resolved.

When a vaccine reactivates an immune response in a recently infected person, the tissues harboring the persisting viral antigen are targeted, inflamed and damaged by the immune response, Noorchashm said.

Colleen Kelley, associate professor of infectious diseases at Emory University School of Medicine and principal investigator for Moderna and Novavax phase 3 vaccine clinical trials, said, in an interview with Huffington Post, there had been reported cases in which those who previously had the virus endured harsher side effects after they received their vaccines.

Dr. Dara Udo, urgent and immediate care physician at Westchester Medical Group who  received the COVID vaccine a year after having the disease, had a very strong immune response very similar to what she experienced while having COVID.

In an op-ed published by The Hill, Udo explained how infection from any organism, including COVID, activates several different arms of the immune system, some in more robust ways than others, and that this underlying activation due to infection or exposure, combined with a vaccination, could lead to overstimulation of the immune response.