As more celebrities and elected officials announce they are “really really sick” despite being fully vaccinated, questions swirl around whether the vaccines work and why the Centers of Disease Control and Prevention isn’t doing more to track breakthrough cases. 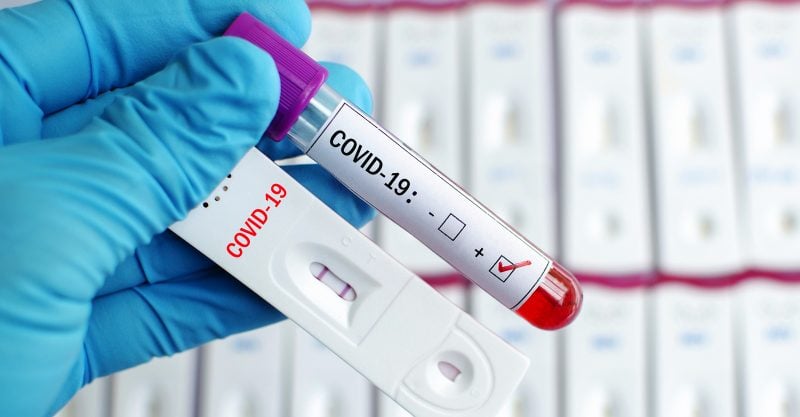 According to the most recent data from the Centers for Disease Control and Prevention (CDC), there were 9,716 breakthrough cases resulting in hospitalization or death as of Aug. 16. However, the agency states those numbers are underreported. On May 1, the CDC made a decision to stop tracking all breakthrough cases and instead only track cases in the fully vaccinated that resulted in hospitalization or death.

That leaves public health officials without the full data that can answer questions as the new Delta variant spreads.

Rivera said she has yet to see an explicit explanation for why the CDC stopped tracking all breakthrough cases. “I’ve heard rumors of things like lack of resources, lack of funding, lack of staff. But to me, it seems pretty, from an epidemiology standpoint, not defensible,” she said.

The figures on non-hospitalized breakthrough infections are also assumed to be underestimations since many fully vaccinated people who become infected may not feel sick enough to be tested for the virus, The Times reported.

About 30% of the new COVID cases in Los Angeles are breakthrough cases, Deadline reported. The number is up from 13% in July and 5% in April.

As of Aug. 17, more than 12,500 fully vaccinated Massachusetts residents had tested positive for COVID and an additional 18 had died, according to NBC Boston.

Fully vaccinated celebrities, elected officials speak out after getting COVID

Melissa Joan Hart, the former “Sabrina the Teenage Witch” star is “really mad” she has a breakthrough case. Hart shared on Instagram Aug. 19 that despite being vaccinated, she got COVID.

“I never do videos but I feel like this is important,” Hart, who recently moved to Tennessee, told her 1.6 million followers. “I got COVID. I am vaccinated. And I got COVID. And it’s bad. It’s weighing on my chest, it’s hard to breathe.”

Heart’s oldest son, Mason, also tested positive for COVID, as did her youngest son — who experienced no symptoms. Her middle child tested negative and her husband is still waiting for his results.

Hart blamed the vaccine’s failure to protect her on her kids not having to wear masks in school. Tennessee Gov. Bill Lee on Aug. 16  signed an executive order allowing parents to choose whether their child should wear a mask in school.

“I’m mad, really mad,” Hart said, “because we tried, and we took precautions and we cut our exposure by a lot. But we got a little lazy, and I think as a country we got lazy. And I’m really mad that my kids didn’t have to wear masks at school because I’m pretty sure that’s where this came from.”

Celebrity Hilary Duff, revealed she had COVID on Instagram Aug. 20. Duff said she was experiencing a bad headache, brain fog, sinus pressure and a loss of taste and smell despite being vaccinated.

“That Delta … she’s a little b****,” Duff wrote, referring to the variant that accounts for 98.8% of current U.S. infections, according to the latest data from the Centers for Disease Control and Prevention (CDC).

Slipknot singer Corey Taylor, 47, was devastated after testing positive for COVID and was forced to call off his upcoming appearance at a Michigan pop culture convention this weekend, Rolling Stone reported.

“I wish I had better news,” said Taylor in a recorded video message last week on Facebook. “I woke up today and tested positive and I’m very, very sick.”

The singer assured fans he “should be okay” because it’s the flu and he’s vaccinated.

Rev. Jesse Jackson, and his wife, Jacqueline, remained under doctors’ observation Monday at a Chicago hospital after getting COVID. Both were “responding positively to treatments,” Politico reported.

The couple was admitted to Northwestern Memorial Hospital Aug. 20 so physicians could carefully monitor their condition, one of the couple’s five children, said in a statement.

Jackson, a Chicago civil rights leader, was fully vaccinated and received his first dose in January during a publicized event where he urged others to receive the vaccine as soon as possible.

“Despite taking precautions and receiving the vaccine, this morning I tested positive for COVID-19,” King tweeted. “While I am not feeling great, I’m definitely feeling much better than I would have without the vaccine.”

Illinois state Sen. Dan McConchie announced Aug. 21 he had a “breakthrough” case of COVID. The Republican leader of the Illinois Senate said in a statement he was vaccinated against the virus this spring, and he urged others to get vaccinated.

Of 514 patients in Israel hospitalized with COVID as of Aug. 15, 59% were fully vaccinated, according to an article from Science. The article cited national data tracked by Israel’s largest health management organization. The figures suggest breakthrough infections may be more common than previously thought.

Most of the vaccinated patients who were hospitalized, about 87%, were at least 60 years old.

“This is a very clear warning sign for the rest of the world,” said Ran Balicer, CIO at Clalit Health Services, Israel’s largest health maintenance organization. “If it can happen here, it can probably happen anywhere,” Balicer told Science.

Israel has one of the world’s highest COVID vaccination levels with 78% of the population over age 12 fully vaccinated — mostly with Pfizer’s vaccine. The country now has one of the highest infection rates in the world.

Hooker said the more a variant deviates from the original sequence used for the vaccine, the less effective the vaccine will be on that variant, which could explain why fully vaccinated people are getting infected with the Delta variant.

This isn’t the case for natural immunity, Hooker explained:

As The Defender reported Aug 2, vaccinated people may play a key role in aiding the evolution of COVID variants.

According to research published July 30 in Scientific Reports, the highest risk for establishing a vaccine-resistant virus strain occurred when a large fraction of the population has already been vaccinated but the transmission is not controlled.

The data was consistent with a CDC study, also released July 30, which showed vaccinated people may transmit the Delta variant just as easily as the unvaccinated.

According to a pre-print study published Aug. 10 in The Lancet, vaccinated individuals carry 251 times the load of SARS-CoV-2 viruses in their nostrils compared to the unvaccinated.