CDC Study on 12- to 17-Year-Olds Who Got Pfizer Vaccine: 397 Reports of Heart Inflammation, 14 Deaths

A study released last week by the Centers for Disease Control and Prevention showed 9,246 adverse events reported among adolescents aged 12 to 17, including 863 serious events, 14 deaths and 397 reports of myocarditis. 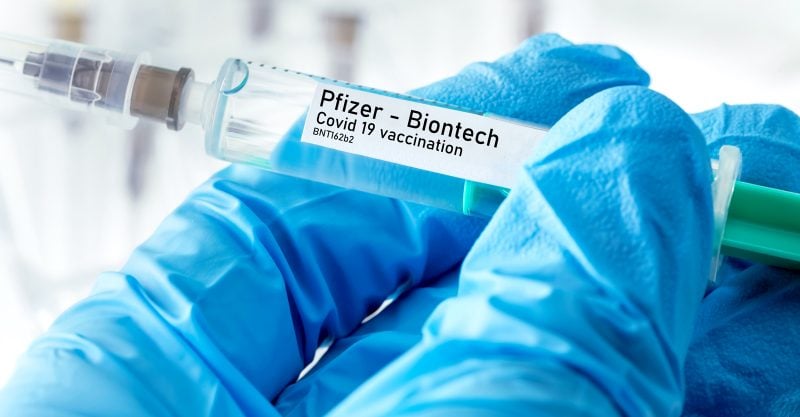 In a study published July 30, the Centers for Disease Control and Prevention (CDC) acknowledged nearly 400 reports of children between the ages of 12 and 17 who experienced heart inflammation after receiving the Pfizer/BioNTech vaccine.

The CDC study also included 14 reports of deaths after vaccination in teens. Among those who died, four were between the ages of 12 and 15, and 10 occurred in 16- to 17-year-olds.

“Impressions regarding cause of death did not indicate a pattern suggestive of a causal relationship with vaccination; however, cause of death for some decedents is pending receipt of additional information.”

All deaths were reviewed by CDC physicians and six deaths are pending further analysis. None of the death reports were determined to have been caused by heart inflammation.

Last month, The Defender reported on a 13-year-old boy who, according to a preliminary autopsy, died of myocarditis three days after receiving his second dose of the Pfizer vaccine.

“A wk ago today my brother’s 13-yr-old son had his 2nd covid shot. Less than 3 days later he died. The initial autopsy results were that his heart was enlarged + there was some fluid surrounding it. He had no known health problems. Was on no medications.”https://t.co/gwapruSEP5

Michigan health authorities reported the 13-year-old’s death to the CDC, which said it was investigating. It’s not known if the boy’s death is one of the six still pending investigation by the CDC.

Overall, the CDC study reviewed adverse events among 12- to-17-year-olds reported to the Vaccine Adverse Events Reporting System (VAERS) between Dec. 14, 2020, and July 16, 2021. VAERS is the primary government-funded system for reporting adverse vaccine reactions in the U.S.

The FDA issued an Emergency Use Authorization for the Pfizer vaccine for children 16 years and older on Dec. 11, 2020. The FDA expanded the authorization to children 12 and over on May 10.

The Moderna and Johnson & Johnson (marketed under the Janssen brand) vaccines are authorized for emergency use only in people age 18 or older.

According to the CDC study, as of July 16, about 8.9 million U.S. adolescents aged 12-17 years had received the Pfizer-BioNTech vaccine. VAERS received 9,246 reports after Pfizer-BioNTech vaccination in this age group — 90.7% of these were for non-serious adverse events and 9.3% were for serious adverse events, including myocarditis (4.3% or 397 reports).

The CDC also reviewed adverse events for the 12 – to 17-year-old age group reported during the same timeframe to V-safe, a smartphone-based safety surveillance system controlled by the CDC and private partners.

According to the study, 129,000 U.S. adolescents aged 12-17 years enrolled in V-safe after Pfizer-BioNTech vaccination. They reported local (63.4%) and systemic (48.9%) reactions with a frequency similar to that reported in preauthorization clinical trials. Systemic reactions were more common after dose two.

The study stated that a small number of V-safe participants reported they were hospitalized after vaccination, however, V-safe does not record a reason for hospitalization, and it cannot be determined whether hospitalization was related to vaccination. Though run by the CDC, V-safe data is not accessible by the public.

Most common reactions related to myocarditis

Although the CDC study did not link any of the deaths that occurred in the 12- to-17-year-old group to heart inflammation, it did find the most commonly reported serious adverse events in that age group included chest pain, increased troponin levels, myocarditis, increased c-reactive protein and negative SARS-CoV-2 test results.

According to the CDC, the findings were consistent with a diagnosis of myocarditis, inflammation of the heart muscle that can lead to cardiac arrhythmia and death.

According to researchers at the National Organization for Rare Disorders, myocarditis can result from infections, but “more commonly the myocarditis is a result of the body’s immune reaction to the initial heart damage.” According to Mayo Clinic, severe myocarditis can permanently damage your heart muscle possibly causing heart failure.

The CDC’s Hause said the study was subject to several limitations, including:

The study also noted that V-safe is a voluntary self-enrollment program that requires children older than 15 be enrolled by a parent or guardian and might not be generalizable to the overall vaccinated adolescent population.

The CDC’s Advisory Committee on Immunization Practices (ACIP) conducted a risk-benefit assessment based on the adverse reaction reports and continues to recommend the Pfizer vaccine to children aged 12 and older.

The U.S. Food and Drug Administration (FDA) on June 25 added a warning to patient and provider fact sheets for Pfizer and Moderna COVID vaccines indicating an increased risk of myocarditis and pericarditis following vaccination.

The warning notes reports of adverse events suggest increased risks of myocarditis and pericarditis, particularly following the second dose and with onset of symptoms within a few days after vaccination.

The FDA’s update followed a review of information and discussion by the ACIP meeting on June 23 where the committee acknowledged 1,200 cases of heart inflammation in 16- to 24-year-olds and said mRNA COVID vaccines should carry a warning statement.

Health officials said the benefits of receiving a COVID vaccine still outweigh any risks. Physicians and other public commenters accused the CDC during the meeting of exaggerating the risk to young people of COVID and minimizing the risk of the vaccines.

Pfizer and its vaccine partner BioNTech submitted an application in May to the FDA requesting full FDA approval of its COVID vaccine. Pfizer was the first COVID vaccine maker in the U.S. to request full approval.