4,115 Fully Vaccinated Have Been Hospitalized or Died With Breakthrough COVID Infections, CDC Says

The Centers for Disease Control and Prevention reported 3,907 hospitalizations and 750 deaths in people fully vaccinated against COVID with an FDA-authorized vaccine as of June 21. 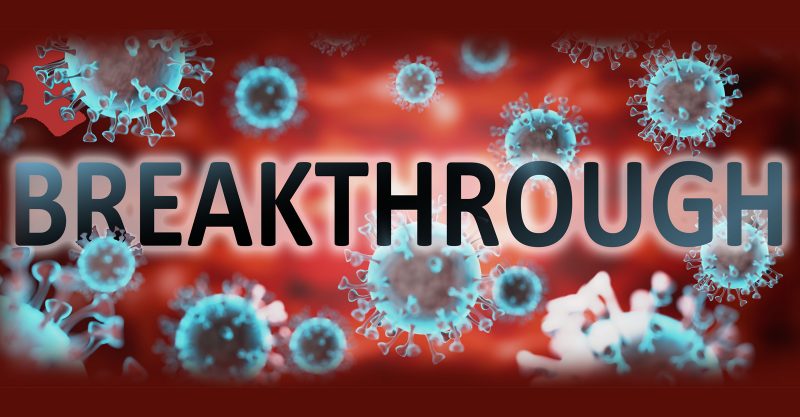 More than 4,100 people have been hospitalized or died with COVID in the U.S. despite having been fully vaccinated, according to new data from the Centers for Disease Control and Prevention (CDC).

As of June 21, nearly half (49%) of cases occurred in females and 76% were aged 65 years and older. There were a total of 3,907 hospitalizations and 750 deaths among those who had breakthrough infections, although not all of the hospitalizations may have been due primarily to COVID, Forbes reported.

According to the CDC’s website, the number of COVID vaccine breakthrough infections are likely an undercount of all SARS-CoV-2 infections among fully vaccinated persons due to passive and voluntary reporting.

“These surveillance data are a snapshot and help identify patterns and look for signals among vaccine breakthrough cases,” the agency stated. “No unexpected patterns have been identified in the reported breakthrough infections.”

On May 1, the CDC transitioned from monitoring all reported vaccine breakthrough cases to only reporting cases resulting in hospitalization or death, a move the agency was criticized for by health experts.

Although the CDC stated the shift in reporting will “help maximize quality of the data collected on cases of greatest clinical and public health importance,” the change in reporting results in a lower overall number of reports of breakthrough cases in the U.S.

According to CDC data, a total of 10,262 SARS-CoV-2 vaccine breakthrough infections had been reported from 46 U.S. states and territories as of April 30, including 995 hospitalizations and 160 deaths.

According to The Wall Street Journal, almost half of adults infected in an outbreak of the Delta variant of COVID in Israel were fully vaccinated with Pfizer’s vaccine.

Fully vaccinated people who’ve come into contact with the Delta variant will have to quarantine, Chezy Levy, the director-general of Israel’s health ministry said in a statement June 23.

Levy told the state broadcaster Kan Bet that about 40% to 50% of new cases appeared in people who had been vaccinated, Haaretz reported.

On Monday, Levy said a third of the new daily cases were in people who had been vaccinated. Though they are preliminary, the figures show the Delta variant may spread even in places like Israel where large portions of the population have been vaccinated.

Earlier this month, The Daily Mail reported that a new study in the UK showed 12 (or 29%) of 42 fully vaccinated people died after catching the Delta variant. In Public Health England’s technical briefing on June 25, that figure had risen to 43% (50 of 117), with the majority (60%) having received at least one dose.

As The Defender reported in May, Bill Maher was fully vaccinated when he tested positive for COVID, prompting HBO to reschedule the taping of two of his shows.

That same month, eight people from the Yankees franchise tested positive for COVID, including coaches, staff members and two-time All-Star shortstop Gleyber Torres. At least 85% of the team had been vaccinated.

On June 10, two fully-vaccinated passengers aboard a Celebrity cruise ship tested positive for COVID and had to be isolated, according to the Royal Caribbean Group. The ship was billed as the first fully-vaccinated cruise in North America, The New York Times reported.

The ship’s 650 crew members and 600 passengers were required to be vaccinated before boarding and had to show proof of a negative COVID test taken within 72 hours of sailing.