Letter signed by 401 lawmakers from 34 countries urges Amazon founder and “richest person on Earth” to “do right by your workers, their communities and our planet." 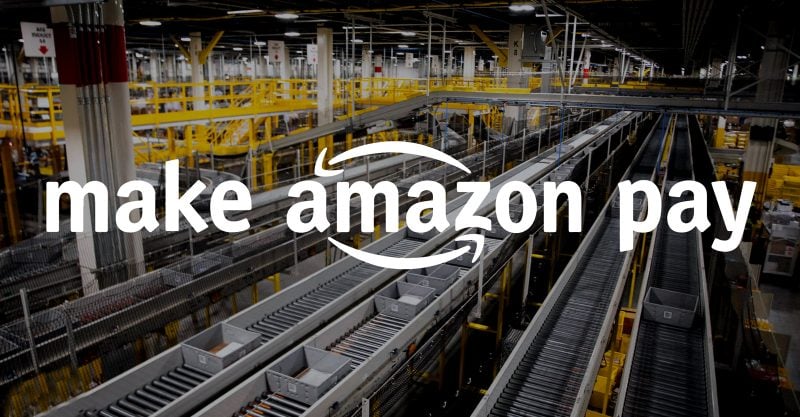 After a global coalition of workers and activists took to the streets in 15 countries on Black Friday last week to launch the #MakeAmazonPay campaign, 401 lawmakers from 34 countries around the world endorsed the effort on Thursday with an open letter to Jeff Bezos, the company’s founder and CEO as well as the richest person on Earth.

“We, elected representatives and public officials from around the world, hereby put you on notice that Amazon’s days of impunity are over,” says the letter, referencing the recent protests demanding justice from the company. “Today, we pledge to stand with this movement in every congress, parliament, and statehouse where we work.”

“The world knows that Amazon can afford to pay its workers, its environmental cost, and its taxes. And yet — time and again — you have dodged and dismissed your debts to workers, societies, and the planet,” the letter charges. “While your personal wealth has risen by around U.S. $13 million per hour in 2020, these workers enter dangerous working conditions, enjoy little or no increase in their pay, and face retaliation for their efforts to defend themselves and organize their colleagues.”

BREAKING: Parliamentarians across the planet unite to https://t.co/HyChzsXsOt.

Today, over 400 MPs across 34 countries pledge to stand with that movement in a letter to CEO Jeff Bezos.

The lawmakers point out that Amazon’s “rise to dominance has come with extraordinary costs to our environment,” with a carbon footprint “greater than two-thirds of the world’s countries.” The company has also “undermined our democracies and their capacity to respond to collective challenges,” the letter explains. “Your monopolistic practices have squeezed small businesses, your web services have disrespected data rights, and you have contributed a pittance in return.”

“We urge you to act decisively to change your policies and priorities to do right by your workers, their communities, and our planet,” the letter concludes. “We stand ready to act in our respective legislatures to support the movement that is growing around the world to Make Amazon Pay.”

The letter was organized by campaign co-convenors UNI Global Union and Progressive International. Given that hundreds of lawmakers are now joining the campaign and “not only raising up its demands, but pledging to work with it to bring real change,” Casper Gelderblom of Progressive International said in a statement Thursday that “our message should be ringing in Jeff Bezos’ ears: change is coming. But if it isn’t already, we promise that this is just the beginning.”

As UNI Global Union general secretary Christy Hoffman put it: “Workers, progressive electeds, anti-monopolists, small businesses, and activists are coming together to show Amazon that social dialogue and collective bargaining are not threats but vital tools that modern societies use to protect workers’ health, save people’s lives, and affirm the dignity of work.”

A representative for Amazon told Reuters that the company accepts scrutiny from policymakers but also pushed back against parts of the new letter, saying that Amazon is “paying billions of dollars in taxes globally” and “has a strong track record of supporting our employees, our customers, and our communities, including providing safe working conditions, competitive wages, and great benefits.”

However, supporters of the Make Amazon Pay campaign challenge such claims and argue that the COVID-19 pandemic has not only made the company a huge amount of money — as consumers worldwide have stayed home when possible and turned to online shopping during lockdowns — but also “exposed how Amazon places profits ahead of workers, society, and our planet.”

Business Insider noted Thursday that “Amazon announced its climate pledge in 2019 to commit to net zero-carbon emissions across its business by 2040 and Jeff Bezos has set up a private $10 billion ‘Earth Fund.’ But both internal and external activist groups have challenged Amazon, saying if it’s serious about climate change it needs to bring forward its net-zero deadline to 2030 and sever its contracts with the fossil fuels industry.”

On the pay front, Amazon gave frontline workers a $2-per-hour raise in March, but then canceled the raise two months later, and although the company announced last week that it would give holiday bonuses of $300 for full-time employees and $150 to part-time workers, Business Insider reported that the bonuses will be taxed.

Just before Black Friday, the human rights group Amnesty International released a report detailing how Amazon — which has hired at least 175,000 additional workers due to increased demand during the pandemic — has “consistently sought to limit the ability of trade unions to operate” and “uses technology to engage in inappropriate surveillance and data collection from its workforce.”

As Natasha Lennard reported on the campaign and lawmakers’ letter for The Intercept:

“The situation at Amazon is a look into the future of labor, the future of our economy, and the future of the planet,” Tlaib, the House member from Michigan and letter signatory, told me by email. “The results of the experiment are clear — left to their own devices, giant corporations like Amazon will ruthlessly extract every last dollar from their workers and the communities they exploit, enriching executives while grinding workers to the bone and putting their profits before the livability of the planet.”

Tlaib stressed that it is possible to force Amazon to change its practices, as was evidenced when it raised its minimum wage in the U.S. to $15, following sustained pressure from Sen. Bernie Sanders (I-Vt.) among others. Likewise, the push last year by left-wing lawmakers in New York, working alongside local organizers, thwarted Amazon’s seemingly unstoppable plans to open up a second headquarters in Queens.

Tlaib told me that “there are already bills in Congress that would help us fight back against this staggering corporate greed, and there are some other important interventions that will need to be drafted.” The Protecting the Right to Organize Act, for example, passed the House earlier this year, and would dramatically weaken decades of anti-worker, anti-union labor laws in this country.

Along with the Black Friday strikes and protests, the Make Amazon Pay campaign released a set of 25 “Common Demands” outlining how the company can improve the workplace, provide job security to all, respect workers’ universal rights, operate sustainably, and pay back to society. Various organizations are backing the campaign, including 350.org, Amazon Employees for Climate Justice, Democracy in Europe Movement (DiEM25), Greenpeace, Our Revolution, and Public Citizen.