Kim Iversen: WEF Is Marching Us Toward a Life of Passive Obedience

Political commentator Kim Iversen, on a recent episode of “The Kim Iversen Show,” dissected “Welcome To 2030: I Own Nothing, Have No Privacy And Life Has Never Been Better,” an article written in 2016 by World Economic Forum contributor Ida Auken. 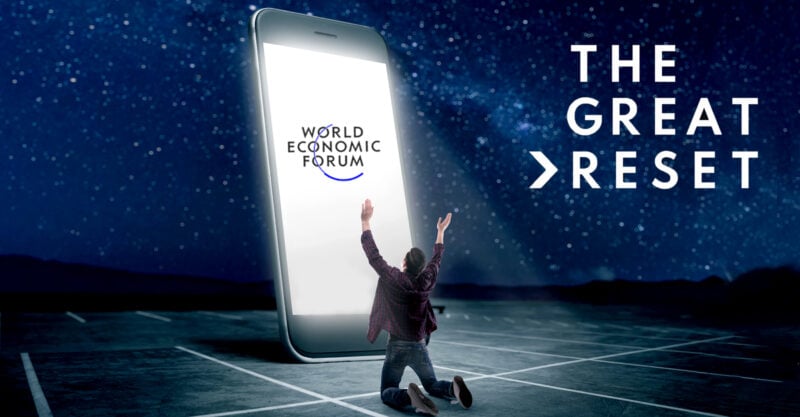 When political commentator Kim Iversen read, “Welcome To 2030: I Own Nothing, Have No Privacy And Life Has Never Been Better” — an article published in 2016 on the World Economic Forum (WEF) website — she waited for the punchline, assuming the article was satire.

But there wasn’t a punchline. The author of the article was serious.

Iversen devoted a recent episode of “The Kim Iversen Show” to dissecting the WEF article, whose “You’ll own nothing, and you’ll be happy” message resurfaced amid growing interest in the WEF’s Great Reset.

Iversen highlighted some of the article’s key statements, which she labeled “absurd” and “insane”:

The article, published Nov. 10, 2016, was written by Ida Auken, a member of the Danish Parliament (2007-present) and formerly Denmark’s minister for the environment.

Auken wrote the article in preparation for the WEF’s Annual Meeting of the Global Future Councils which took place November 13-14, 2016, in Dubai, United Arab Emirates.

The WEF in early 2017 nominated Auken as a Young Global Leader and promoted her article in a tweet:

Welcome to 2030. I own nothing, have no privacy, and life has never been better @IdaAuken https://t.co/SJjAQkYeYH pic.twitter.com/eujshuqRJo

“They [WEF leaders] were not joking around,” Iversen said. “This is the future that they envisioned. Everything will move to robotics, everything will be monitored in the name of saving climate.”

Iversen said although she historically called herself an environmentalist — “That’s really where my first foray into politics was, in the environmental movement” — she’s now “questioning the motivation of all of this.”

“I’ve seen them [WEF global leaders] claim a lot of things are really bad and they’re not. They were exaggerated greatly in order to use those [things] to make us afraid and control us.”

According to Iversen, the WEF is “marching us toward” a life of passive obedience to a centralized system of authorities who control and own everything.

Their message, she said, is “‘just be a good citizen and you have nothing to worry about so long as you don’t speak out against the government, so as long as you follow all the rules … Yes, you won’t have any privacy … You won’t own anything but you will be very, very happy. You just need to do as you’re told.’”

“Thank goodness more and more people are reporting on this and waking up to this saying, ‘No. We are not going to go along with this agenda.’”