This study is yet another in a long series that demonstrates the now-overwhelming impact of human handiwork upon the environment. 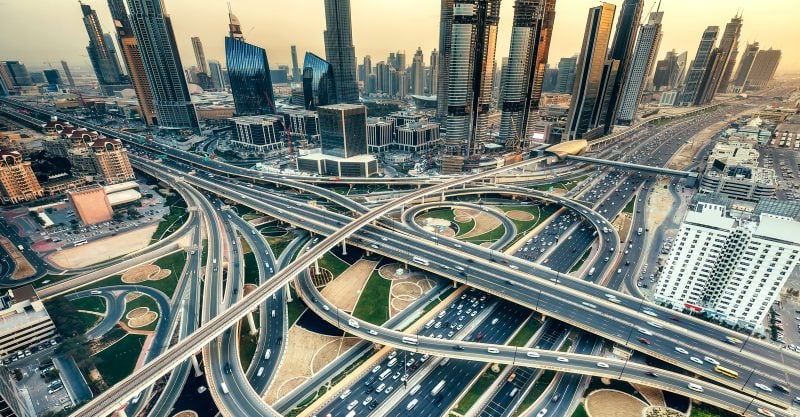 Our domination of the planet may have just reached a new level: human handiwork now probably surpasses all that evolution has placed on the Earth. The mass of all the things made by humans — cities, roads, factories, houses, cars, trains, machines, bricks, concrete, steel, glass, tile, asphalt and so on — may have just overtaken the mass of all the living things on the planet.

Among those living things now being outweighed by buildings and roads are all seven billion-plus people on the planet and all their livestock, their cornfields and rice paddies, orchards and gardens.

This conclusion — open to challenge and difficult to establish with immediate certainty — is a fresh and startling measure of the scale of human change to the planet, and of the speed at which it has happened.

At the beginning of the 20th century, the mass of human-produced infrastructure probably added up to just 3% of the mass of the planet’s living tissue: its forests and savannas, wetlands and scrub, its mammals, fish, reptiles, amphibians, birds, insects and microbes.

But in the course of little more than a century, says a new study in the journal Nature, two things happened. The human population increased fourfold, and with those numbers so did human demand for manufactured things and built objects.

Humans’ demand for farmland has cleared the wilderness and reduced the overall mass of planetary foliage by about half.

Even though humans use ever more land for crops, the mass of those crops is vastly outweighed by the mass of trees and other forest plants cleared to make room for soy or maize.

Once the planet was home to 2 trillion tonnes, or 2 teratonnes, of natural vegetable life. Now the tally of the green wilderness has been reduced to about 1 teratonne, according to researchers who have embarked on this global accounting of human profit and natural loss.

But the burden of human-fashioned hardware has been growing at around 30 billion tonnes a year, doubled in mass every 20 years or so, and is now estimated at 1.1 teratonnes.

In effect, a species that now numbers about 7.7 billion, and still adds up to only about 0.01% of global biomass, has quarried, mined, and built over so much of the planet that its infrastructure weighs more than the rest of living creation.

Even the output of the plastics industries, at 8 billion tonnes, adds up to more than twice the mass of all the planet’s animals.

Conclusions of this kind rest on how measurements are arrived at. And there is room for error. Ron Milo of the Weizmann Institute for Science in Israel and his colleagues settled for estimates of the dry weight of living things — that is, tissue as if without water — and this skews the raw figures, because humans and other animals are around 60% water by weight. If the same estimates were made with wet tissue, then the outcome would be different, but not very different.

If so, Professor Milo and his fellow authors suggest that the great crossover could be happening now, or in the next few years. But equally, human handiwork might already have reached its zenith in the last decade.

Either way, the broad conclusion remains the same. The scale of the takeover of the planet by one species is almost complete, and could be devastating to the rest of the natural world.

“The study provides a sort of ‘big picture’ snapshot of the planet in 2020. This overview can provide a crucial understanding of our major role in shaping the face of the Earth in the current age of the Anthropocene,” Professor Milo said.

“The message to both the policy makers and the general public is that we cannot dismiss our role as a tiny one in comparison to the huge Earth. We are already a major player and I think with that comes a shared responsibility.”

This study is yet another in a long series that demonstrates the now-overwhelming impact of human handiwork upon the environment in which they evolved. Two years ago Professor Milo and colleagues made estimates of the mass of all things living on planet Earth, and confirmed that humans probably outweighed by a factor of ten the mass of all other living wild mammals.

Another team tried to calculate the mass of the human technosphere − once again, all the things humans have ever made − and reached a figure of 30 trillion tonnes.

In the course of the last century or so, profligate human use of fossil fuels may have precipitated a new climate regime, halted the cycle of Ice Ages and reversed a 50 million-year cooling trend.

Geologists who argue that human handiwork has now shifted the planet into a new geological epoch — one still unofficially known as the Anthropocene — have compiled a devastating catalogue of change to the natural world. Other groups have also highlighted the human appropriation of the planet’s land and water, and its toll upon millions of other species with which humanity shares the sunlight.

Professor Milo and his colleagues settled for a more simple illustration. They reckon that for the last five years, humans have been accumulating anthropogenic mass — roads and buildings — at the rate of 30 billion tonnes a year. This is as if every person on the planet produced more than his or her own bodyweight in tarmac and bricks, cement and steel, every week.

They warn: “If current trends continue, anthropogenic mass, including waste, is expected to exceed 3 teratonnes by 2040 — almost triple the dry biomass on Earth.” — Climate News Network

Tim Radford is a freelance journalist and a founding editor of Climate News Network. He worked for the Guardian for...