Members of a House committee this week blasted Abbott Nutrition for safety lapses at its Michigan infant formula plant and demanded U.S. Food and Drug Administration officials explain why it took four months to warn consumers about formula that didn’t meet safety standards. 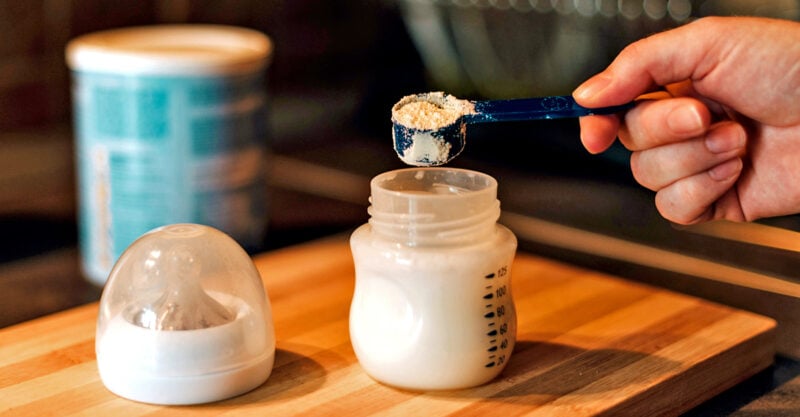 During a House Energy and Commerce subcommittee hearing Wednesday, panel members criticized FDA officials and formula makers for failings that led to the recent nationwide shortage of infant formula.

“We expect answers from FDA, Abbott, and the other two leading formula manufacturers on why caregivers are scrambling to find the necessary nutrition for their babies and children,” Subcommittee Chair Diana DeGette said.

“Babies’ lives are at stake, and this committee, Congress, and the American people demand answers and solutions,” said Committee Chairman Frank Pallone, Jr., at the hearing.

‘We are reliant on too few companies’

“The impact from just one infant formula plant closing in the United States shows the power one single manufacturer has to influence the nation’s supply of formula when just three companies control roughly 95 percent of the market.

“We are too reliant on too few companies to do the right thing—and when just one of those companies cuts corners, we spiral into an emergency. There needs to be more competition, so that these few manufacturers don’t have a monopoly.”

“The wide-reaching impacts of a recall from a single infant formula manufacturing facility underscore the risks and vulnerabilities in the supply chain when production is consolidated among few major manufacturers.”

The Abbott Nutrition plant in Sturgis, Michigan, was shut down on Feb. 17 after four infants became ill from bacterial infection and two died after consuming formula produced in the plant.

Abbott representatives on Tuesday said they expect to restart the plant June 4 and begin shipping new formula to stores about three weeks later.

Califf, commissioner of food and drugs at the FDA, testified at the hearing that FDA inspectors found “egregiously unsanitary” conditions at the plant. In the January inspection, FDA investigators found the presence of Cronobacter bacteria, faulty equipment and unsafe practices that could lead to bacterial contamination.

Abbott Nutrition, which manufactures Similac, is the food-sector branch of the medical device and healthcare corporation Abbott Laboratories.

Abbott, along with Reckitt (which owns Mead-Johnson and manufactures Enfamil) and Gerber (a Nestlé subsidiary that manufactures Good Start) hold approximately 95% of the domestic market for infant formula, noted Chairman Pallone, citing Reuters and The New York Times.

“Let’s be clear: Abbott is not blameless,” Subcommittee Chair Diana DeGette said in her opening remarks.

“The company appears to have neglected essential manufacturing and cleaning processes that are in place to guarantee the safety and reliability of products intended for our most vulnerable population.”

But, she added, “​​One company alone does not bear the entire burden for landing us in this the current crisis.”

Gerber executive Scott Fitz testified that Gerber, which controls 8.1% of the market, increased the availability of its formula in the market by roughly 50% in March and April. Its factories are running at full capacity around the clock, he said.

Robert Cleveland of Reckitt testified that in response to the Abbott shutdown, his company has supplied 30% more formula so far this year as compared to this time last year by stepping up production and simplifying its supply chain.

“I’m pretty furious about the FDA’s lack of food safety leadership, communication and action,” Rep. Janice D. Schakowsky (D-Ill.), said at the hearing, The Washington Post reported. “Food safety for decades has been a real problem.”

Califf admitted the FDA took too long — four months — to respond to a whistleblower’s report of unsanitary conditions at the Abbott plant.

“FDA leadership did not receive direct copies of the complaint due to an isolated failure in FDA’s mailroom, likely due to COVID-19 staffing issues,” his written statement said.

“Some decisions in retrospect were not optimal,” he said at the hearing, according to The Washington Post.

The FDA statement recognized baby formula is a product crucial to public health. “While infant formulas — and particularly specialty and metabolic formulas — are regulated by FDA as food, they are in many ways comparable to life-saving medications,” it said.

The FDA officials suggested any future baby formula shortages should be “viewed through the lens” of how the FDA addresses drug shortage monitoring, and that the agency should work closely with its “medical product centers.”