The worsening global environment will be reversed only in response to the demands of the people of Earth — governments that don’t comply with ecological mandates must be held responsible for the degradation of life on our planet. 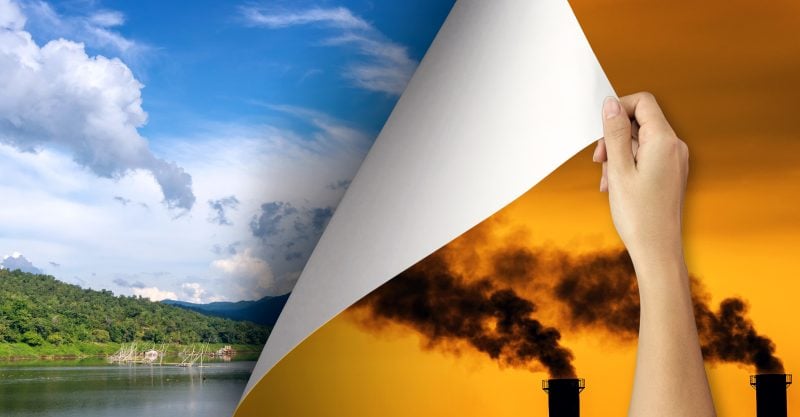 “Earth provides enough to satisfy every man’s needs, but not every man’s greed.” ― Mahatma Gandhi

Levels of air pollution spiked in northern India last week forcing schools and businesses to close. New Delhi is on the verge of completely shutting down.

This increasingly destructive perennial disaster is caused by a combination of seasonal weather, crop burning and heavy reliance on coal — the atmosphere is toxic.

As residents of his capital city choked on the air, India’s environmental minister declared in Glasgow that his country was “entitled to the responsible use of fossil fuels,” and that, “phasing out” the use of coal would be possible in 50 years.

The conflicted motives and actions of those attending this year’s climate conference were never more apparent.

The leaders of India are not alone in pontificating and procrastinating as the world is literally fuming and burning around them. Planetary degradation has gone far beyond any science fiction writer’s view of dystopia.

The empty pledges of this year’s United Nations Climate Change Conference will not impact the spiraling demise of a world driven by greed.

COP is an organization of global capitalist plans for the intensification of exploitation. It needs to be dead to us, as our presence there legitimizes a process that is simultaneously against us and against the planet.https://t.co/2yQ7Q8GPhh

Poisons in the atmosphere are estimated to be killing at least 5 million people worldwide every year. Life expectancy is dramatically reduced. For those who aren’t dying quickly, the degradation of their quality of life is horrific and relentless.

This kind of suffering is difficult to document, although the repercussions for those living in a polluted world extend to all forms of illness, abuse, crime and depravity.

Humans are literally fueling their own demise. The by-products of oil refineries and coal combustion, chemical processing and an array of noxious pollutants are saturating the air, soil and water of the Earth.

Micro-plastics have been found in almost every water source. City water systems stream carcinogens into the homes of unknowing populations.

The Earth is awash with the deadly by-products of minimally regulated industries and wasteful human consumerism.

The origins of this tragic situation are indisputable — they are continuously revealed as we witness the lack of sufficient action to alter the course of the planetary crisis.

Influential leaders and the powerful elite criminals that support policies based on profits are driven by selfish, narrow interests. Masses of consumers are groomed to blindly follow and model themselves on self-destructive behavior.

Despite increasing evidence of impending catastrophe, the dramatic changes needed to alter course are not forthcoming.

The people of the world continue to cough and wheeze, develop deadly cancers and lose all sense of security while succumbing to the whims of powerful financial interests and their government agents.

The diagnosis is straightforward and has a root cause.

For decades, most people on the planet have been in denial, acting as if the Earth’s degradation is just a passing phase and life will go on as before.

The suppressed emotions are transforming into a psychological pandemic – a plague that has infected the world with a mass psychosis.

Insufficient attention, over too long a period of time, has marginalized a malignant disease that is in desperate need of accelerated intervention.

Mortality from pollution is expected to increase geometrically.

Climate extremes have begun to harshly impact the lives of millions of people even before oceans overtake coastal cities.

The most dangerous threat of this global syndrome is the delusion that those who’ve allowed continuing rampant pollution can be trusted to rescue us from the precipice.

Politicians who impose strict behavioral standards and penalties for lesser problems such as a virus, must be forced to respond to the infinitely greater dangers of unbreathable air, undrinkable water and intolerable weather.

Loss of biodiversity, increasing deadly pollution and dramatic climate events make it clear we are on the cusp of the greatest disaster in human history.

These mandates must be enforced without delay upon every world government:

The self-destructive insanity and worsening global environment will be reversed only in response to the firm demands of the people of Earth for accountability.

Governments that don’t comply with stringent ecological mandates must be held responsible and ostracized for the continuing degradation of life on our planet.

Leaders who delay sweeping action in the name of financial necessity, or insist on a compromise with disingenuous economic forces, must be removed from any influential positions and not allowed to interfere with those battling to save the planet.

A unified reversal of self-destructive human behavior is a requirement to prevent further planetary degradation and begin a new era of creativity.