The authors of a study published in PLOS Medicine estimated that exposure to PM2.5 — pollutant particles with widths 30 times smaller than a human hair — was linked to almost 6 million premature births and 3 million underweight babies across the world in 2019. 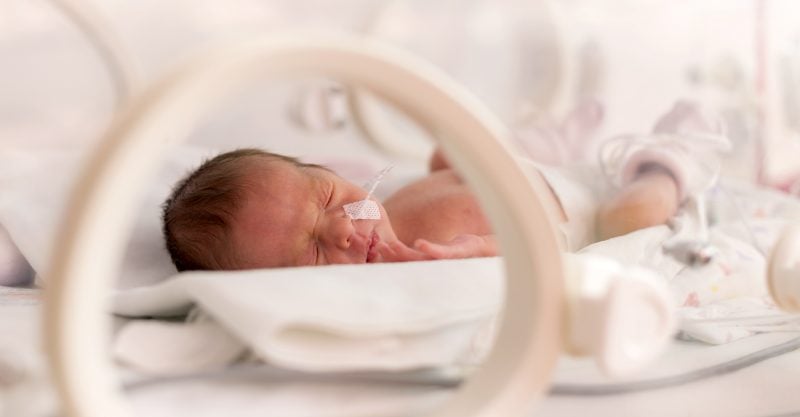 Every year, an estimated seven million people die from air pollution across the globe. Now, new research shows that air pollution is not only a health threat to everyone in the world, but also to those who have not yet arrived.

The study, published Sept. 29 in the journal PLOS Medicine, looked into the pernicious impact of air pollution on birth outcomes worldwide.

After analyzing available data from all inhabited continents, the researchers estimated that exposure to PM2.5 — pollutant particles with widths 30 times smaller than a human hair — was linked to almost six million premature births and roughly three million underweight babies across the world in 2019.

The findings are “staggering,” Rakesh Ghosh, an environmental epidemiologist at University of California, San Francisco, and the lead author of the study, told Environmental Health News (EHN).

Air pollution and birth outcomes are both prevalent global health concerns. Nine out of 10 people in the world breathe polluted air. Meanwhile, every year, about 15 million babies are born preterm, and approximately 20 million newborns are delivered underweight.

Preterm birth complications are the leading cause of death among children under 5-years-old, while babies with low birth weight suffer increased risk for noncommunicable diseases, such as diabetes and cardiovascular disease, later in life.

The smallest class of inhalable particles, PM2.5 permeates both indoor and outdoor air. Sources of PM2.5 range from vehicle emission burning fuels, forest fires, and chemical plant exhaust to cooking, smoking, burning candles and fireplaces. Once inhaled, PM 2.5, with particle sizes of 2.5 micrometers or smaller, can easily travel deep into the lungs.

While the link between PM2.5 and adverse pregnancy outcomes is well-established, global assessment of the issue still remains sparse. This study is believed to be the first to investigate the relationships between indoor and outdoor PM2.5 pollution and key pregnancy indicators — such as gestational age at birth, reduction in birth weight, low birth weight and preterm birth — worldwide.

“It’s not like air pollution has borders,” Rupa Basu, a research epidemiologist and chief of Air and Climate Epidemiology Section at California Environmental Protection Agency (CalEPA), who was not involved in the study, told EHN.

By widening the research worldwide, Basu said that this study “opens the door to say, ‘yes, there is consistent evidence'” when connecting the dots between adverse birth outcomes and long-term PM2.5 exposure.

Scientists are still trying to piece together how PM2.5 affects the fetus.

Previous research has shown that air pollution particles can reach the fetal side of the placenta, while other studies have found pollution to impact the blood flow, oxygen exchange and nutrient transportation between the mother and the baby. As a result, the fetus may experience delayed development or elevated inflammation.

“There is a tremendous discrepancy, no matter which [birth] outcome you look at,” Ghosh said. Take birth weight reduction: While babies in South Asia and Sub-Saharan Africa were estimated to experience an average of more than 110 grams (3.8 ounces) of weight reduction due to PM2.5, the estimation for North America and Western Europe babies was only 11 grams (.39 ounces).

CalEPA’s Basu is not surprised by the disparity. Pollution, environmental justice and socioeconomic status are “kind of tied together,” she said. “You can’t really look at one without looking at the other.”

Currently, the U.S. Environmental Protection Agency still classifies PM2.5 as a risk factor for adverse health effects that is “suggestive of, but not sufficient to infer, a causal relationship.” The pollutant is classified similarly by most other regulatory agencies in the world.

Tim Nawrot, an environmental epidemiology professor at Hasselt University in Belgium who was not involved in this study, thinks the strength of this study is translating science and statistics from all over the world into something “many communities and policymakers … would otherwise not have seen.”

“Science has provided the full translation,” he told EHN. “Policymakers have to pick it up and do something with it.”