Up to 900,000 Premature Deaths Linked to Air Pollution From Household Products

A specific component of air particle pollution found in some common household products could be responsible for up to 10 times more premature deaths than previously thought, according to research published in Atmospheric Chemistry and Physics. 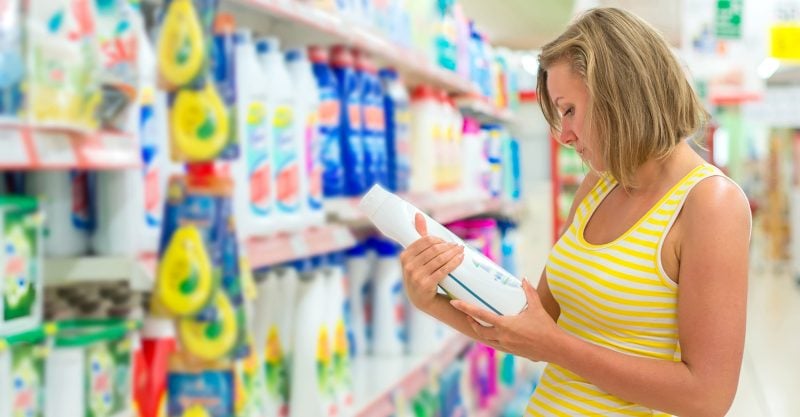 A specific component of air particle pollution found in some common household products could be responsible for up to 900,000 premature deaths every year — 10 times greater than previous estimates, according to new research published in Atmospheric Chemistry and Physics.

While the majority of these components, referred to as anthropogenic secondary organic aerosols (ASOAs), are produced during the combustion of fossil fuels, some come from everyday use products, such as cleaning supplies, pesticides or household paint.

“All those different smells you’re getting from paint are different [volatile organic compounds] that are being emitted” into the air, Benjamin Nault, a research scientist at Aerodyne Research, Inc. and lead author of the study, told Environmental Health News (EHN). Once released, these gases, also known as VOCs, can transform into a new subset of stickier chemicals which clump together to form ASOAs.

Even though the majority of these compounds are produced indoors — and can play a role in creating poor indoor air quality — they will eventually escape outside through open windows or miniscule cracks in the foundation. In urban areas, ASOAs can make up a significant portion of the more commonly known pollutant, fine particulate matter (PM2.5).

“There’s more people living in urban areas,” Nault explains — more than 50% of the world’s population, to be exact. With more people, “you need more of these everyday use products to paint all the apartments and townhouses, to put the asphalt down, [and] to clean everything up,” said Nault. Urban populations are expected to increase by 150% by 2045.

Inhaling any type of particle — but especially PM 2.5 — can be detrimental to human health. According to the American Lung Association, potential health effects caused by prolonged exposure to PM 2.5 could include reduced lung function, the development of lung cancer and an increased risk of death from cardiovascular disease.

Because of this, many countries have developed laws that restrict the amount of particle-forming VOCs that can be released into the air. In the U.S., the creation of these regulations — especially those that have targeted transportation — have led to a nation-wide improvement in air quality.

Unfortunately, the same can’t be said for the pollution created from these everyday consumer items, which are also referred to as volatile chemical products (VCPs). In contrast to the success seen in the transportation sector, emissions from VCPs are “remaining relatively flat or going up,” said Nault, because they’re “less regulated and more directly tied to everyday use and population.”

VCPs are also more difficult to regulate as a whole since there are thousands of compounds emitted by a diverse range of sources that span from deodorant to asphalt to outdoor barbecues. Plus, the stickiness that makes them so efficient at forming ASOAs also makes them difficult to measure.

This “makes it really hard to say, ‘these are the emissions that need to be regulated’ … to improve public health,” said Nault.

The new study builds upon previous work, led by the Cooperative Institute for Research in Environmental Sciences, that showed that VCP emissions are contributing to a large fraction of the PM 2.5 formed in Los Angeles. Even before that, however, the U.S. Environmental Protection Agency (EPA) has “long accounted for emissions from volatile chemical products in the National Emissions Inventory,” a spokesperson told EHN through email, and has been assessing their impact on air quality since at least 1995.

But many of these findings have been limited to the U.S., which is why Nault and his international team of researchers expanded the scope of research and incorporated air quality data collected across several continents. They found that 37% of ASOAs, on average, were derived from VCPs in cities located in North America, Europe and Asia. “Other places around the world have both emissions from tailpipes, but also from these everyday use products,” said Nault. “This is a global thing.”

They then used models to correlate concentrations of ASOA to premature mortality and compared their values to previous estimates. Nault and his team suspect between 340,000 to 900,000 premature deaths are caused by ASOAs.

“There weren’t very many estimates of [ASOA-related] premature deaths in literature prior to this,” said Nault, but the ones that existed significantly underestimated the number of deaths ASOA contributed to.

It’s likely this percentage of VCP-derived pollution could grow in the future as transportation emissions continue to decrease and city populations continue to grow. That’s why, in the U.S., the National Volatile Organic Compound Emission Standard requires manufacturers to reduce the amount of VOCs emitted by consumer products to prevent formation of ozone, another dangerous pollutant. However, when swapping out these compounds in accordance with the rules, it’s possible companies may inadvertently add others that are better equipped to create ASOAs.

“One of the big things that we really need is to really look at these products that we use every day and look at what is actually in them, and what is coming out of them,” said Nault.

Proper regulation of both VCPs and transportation emissions is paramount if we want to prevent premature deaths caused by ASOAs, especially considering that these numbers could be an underestimation. “We think that there’s differences within the stuff in the [aerosols] that could lead to very different differences in health and mortality,” said Nault.

Research led by the Gwangju Institute of Science and Technology (GIST) in South Korea backs this up. “Right now, it is assumed that the toxicity is the same for all types of particles,” Kihong Park, a professor at GIST, told EHN. However, upon exposing human and animal cells to different types of particles, he concluded that’s likely not the case.

“Typically, chemical components such salt species, sulfates and nitrates have less toxicity than [polycyclic aromatic hydrocarbons], heavy metals and organic compounds which are abundant in combustion-generated particles,” Park explained. While he didn’t assess the toxicity of VCP-derived particles in his original study, Park suspects that they might be comparable to aerosols that contain benzene or toluene, which elicited some of the highest toxicity scores in his study.

“In the future, we have to consider the differential toxicity of PM2.5, in addition to the amount of PM2.5, to better understand the effects of the PM2.5 on human health,” said Park. “If the specific source for PM2.5 is more dangerous than others, we have to put more priority on the control of that source.”

The U.S. has made great strides when it comes to improving our air quality. Much of this success has come from reducing transportation emissions. But we only focused on transportation because it “was very easy to recognize and say, ‘this is where most of the pollution is coming from,'” said Nault.

Now, however, it’s time to also turn our attention towards VCPs, he said.

Still, more research needs to be done. “It’s really tricky to try to track all those different [compounds],” explained Nault. Many ingredient lists are considered proprietary information and scientific equipment often struggles to measure all the compounds emitted from VCPs.

But “once we know what [these compounds] are and [which ones] contribute more to this PM 2.5,” explained Nault, “then we can work on replacing those compounds with other ones” that might not produce as much pollution. 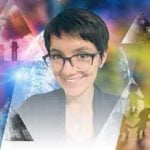 Krystal Vasquez, a Ph.D. candidate at CalTech studying atmospheric chemistry, is EHN's first Health and Justice fellow, a position designed to operate at the intersection of science, justice, and journalism.