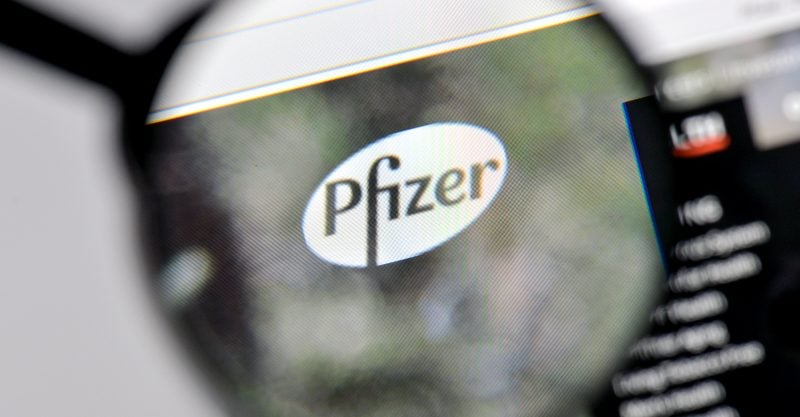 Americans have been following COVID-19 vaccine trial developments for weeks, watching companies jockey for frontrunner status like contestants in a reality TV show. And though participants in some of the studies (by Moderna, Oxford, Johnson & Johnson and Pfizer) have surfaced with reactions serious enough to pause several of the trials, market analysts remain “bullish” about the near-term prospects for approval of these liability-free products by the U.S. Food and Drug Administration (FDA).

On Oct. 16, Pfizer’s CEO indicated the company would likely file for FDA Emergency Use Authorization for its experimental BNT162b2 vaccine in late November. That statement came three days after Pfizer announced that it had received FDA permission to administer the unproven vaccine to children as young as 12, becoming the first company in the U.S. to include young participants in Phase 3 trials. In the UK, Oxford and AstraZeneca gained approval to test their vaccine in children aged 5-12 back in May, a couple of months before two of their adult clinical trial participants developed transverse myelitis.

To date, Pfizer has administered two doses of vaccine to almost 35,000 adult participants in five countries. Unworried by the dramatic side effects reported by some of these adults — including high fever, pounding headaches, body aches, exhaustion and shivering intense enough to crack teeth — more than 90 parents have already expressed interest in volunteering their teenagers.

Are these parents (perhaps left unemployed by coronavirus restrictions) tempted by the financial incentives offered to clinical trial participants, reportedly anywhere from $1200 to $2000? Otherwise, their motivation for wanting to throw their children into the experimental fray is unclear; as the director of the Cincinnati Children’s Hospital stated, “most of the time, what a coronavirus causes is a cold” that does not even make children “sick enough to where a parent says they need to go to a doctor.”

The Cincinnati physician has, nonetheless, just started giving Pfizer’s shot to 16- and 17-year-olds (and soon to 12-15-year-olds). To entice additional young participants, he tells parents that the COVID-19 death rate in children is “not zero” — but declines to spell out that, according to the Centers for Disease Control and Prevention, the survival rate in those age 19 and under is 99.997%. Using similarly vague language, a Memorial Sloan-Kettering health policy expert said that a COVID-19 vaccine’s benefits for the young would likely be “secondary’ in nature” but characterized the gesture as “an act of service to help protect others.”

However, reports in Pediatrics and other journals assert that children are not a source of infection and are far more likely to acquire COVID-19 from adults “rather than transmitting it to them.” In other words, policymakers expect children to accept a risk-benefit equation heavily tilted toward risk.

Pharmaceutical giant Pfizer — the second-largest drug and biotech company in the world and the fourth-highest earner of vaccine revenues — has seen a 7% increase in its share value this year. However, though Pfizer claims to be a standard-bearer for “quality, safety and value,” it has a corporate rap sheet a mile long. Pfizer is routinely mired in controversies involving alleged price-fixing, bribery, kickbacks, tax avoidance, regulatory misdirection and other unsavory practices and has also repeatedly paid fines for environmental violations at its research and manufacturing plants.

Critics point to decades of aggressive and questionable marketing. In 2009, this behavior earned Pfizer the dubious distinction of paying the largest-ever criminal fine at the time — $2.3 billion — for fraudulent and illegal promotion of four drugs, including a painkiller marketed at “dangerously high” doses. In 2016, a British regulator levied a $106 million fine against Pfizer for a 2600% increase in the price of a widely prescribed anti-epilepsy drug that increased the National Health Services’ expenditures from one year to the next — for a single drug—from $2.5 million to $63 million.

Perhaps to compensate for its unpleasant track record, Pfizer is the top drug company spender in state elections, even outspending the industry’s own lobbying group, Pharmaceutical Research and Manufacturers of America (PhRM). As a just-published analysis of drug company political spending by STAT and the National Institute on Money and Politics shows, Pfizer’s “prolific” state-level spending ($778,000 since January 2019) “mirrors its behavior at the federal level, where its [political action committee] was also the top political spender among drug companies” — roughly $1 million over the same time period. The report pointedly notes that while the amounts paid out to legislators represent a “pittance” for a company earning tens of billions a year, “those small chunks of corporate change can have a significant impact.”

Pfizer is responsible for two vaccines on the U.S. childhood and adolescent vaccine schedule: the pneumococcal vaccine Prevnar-13 (given to children under 5 and also to older adults) and the meningococcal vaccine Trumenba (approved for 10 – 25-year-olds). Package inserts link the two vaccines to a large number of serious adverse events, including anaphylaxis and other allergic reactions, severe headaches and chronic muscle and joint pain. Among the roughly 40 harms listed in the Prevnar-13 insert are sudden infant death syndrome (SIDS) and half a dozen other fatal outcomes.

Pfizer developed its COVID-19 vaccine — which uses experimental messenger RNA (mRNA) technology — in partnership with the German biopharma company BioNTech. Although mRNA vaccines must be stored in special ultra-low-temperature freezers that pose certain logistic obstacles, Pfizer is gung-ho on the never-before-approved approach because it bypasses the more costly and difficult methods used in traditional vaccine production. It does this by essentially turning recipients into “vaccine factories” — with long-term risks that are unknown.

Pfizer and BioNTech brought their COVID-19 vaccine candidates “from concept into clinical development” in under three months, perhaps helped along by the current Pfizer CEO’s efforts to restructure Pfizer into a more “nimble” company. At the same time, observers who now place Pfizer at the head of the pack for COVID-19 vaccines credit the company’s “well-oiled system,” remarking that “Pfizer’s incredibly organized and is always … a couple steps ahead, planning where they want to go.”

Conflicts of interest and revolving doors

In the summer of 2019, after having served as the Trump administration’s FDA commissioner for two years, Scott Gottlieb passed through the revolving door to join Pfizer’s board of directors as well as becoming a regular contributor on CNBC. For the past four decades, stepping onto pharmaceutical boards has been par for the course for departing FDA commissioners, though Gottlieb may have upped the ante by also joining the boards of the AI- and big-data-reliant genetic testing start-up, Tempus, and the biotech company Illumina.

While at the FDA, Gottlieb presided over a record number of drug approvals. According to one commentator, this “trail-blazing” FDA stint and Gottlieb’s focus on “hustling up the [drug approval] process … helped endear him to the industry, making him one of the most popular commissioners in FDA history.” As the director of a consumer watchdog group put it, “He’s basically been a shill for pharmaceutical corporations for much of his career.” Two months before stepping down from the agency, Gottlieb attracted notice when he strongly denied any link between vaccines and autism while publicly threatening that the federal government might be “forced” to intervene in states with vaccine exemptions to make vaccines mandatory across the board.

Gottlieb’s affiliation with CNBC may explain why he has been a frequent public face during the coronavirus pandemic, promoting the U.S. as a world leader in the vaccine race but also vocally endorsing measures like universal masking, universal testing and restaurant and school shutdowns. On October 19, Gottlieb dourly told Americans that the U.S. is “entering a pretty difficult period” and that “the hardest part is probably [still] ahead.” Ironically, around the same time that Gottlieb was using positive test results to hype ongoing restrictive measures, a former Pfizer vice-president and chief science officer in the UK characterized mass testing as “inappropriate,” asserting that “it is impossible for the positives to be much other than false.” Discussing the harsh policies that have been particularly disastrous for children, the former Pfizer executive agreed that they have essentially been based on “completely fake data.”

Reporter Whitney Webb recently outlined how Operation Warp Speed is awarding contracts to vaccine companies through a nongovernmental defense contractor intermediary, a tactic that shields the contracts from oversight and federal regulation. Meanwhile, Moncef Slaoui — who heads up the Operation Warp Speed initiative — stated that after a round of testing in adolescents, he expects the leading coronavirus vaccines to also be tested in toddlers and babies. Parents would do well to keep their children on the sidelines of these experiments. If vaccine clinical trials, including Pfizer’s, are already generating concerning results in adults capable of describing their symptoms, what will happen when preverbal babies experience similar adverse outcomes?