In the midst of the sweeping socioeconomic devastation wrought by COVID-19 restrictions, one field, sadly, is booming: mental health. 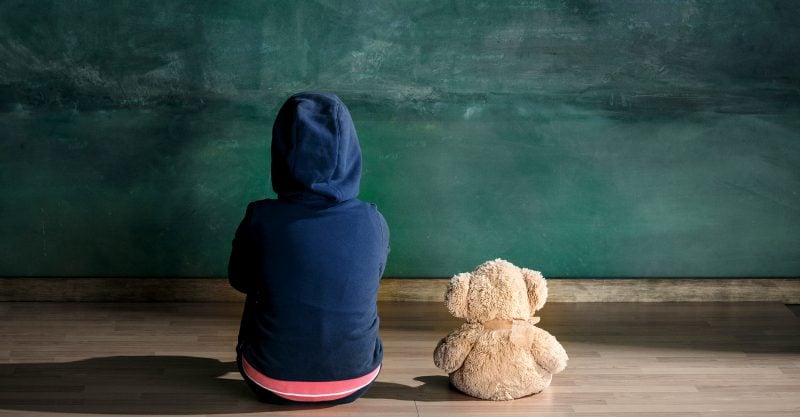 In the midst of the sweeping socioeconomic devastation wrought by COVID-19 restrictions, one field, sadly, is booming: mental health. Many mental health professionals are reporting high demand and record caseloads, including more young clients who need help coping with the unprecedented convergence of fear, uncertainty, disruption to routine, physical and social isolation, increased time indoors and parental stress.

Experts and parents are expressing concern that COVID-19 may have damaging long-term repercussions for the young. Many children are already exhibiting signs of post-traumatic stress disorder (PTSD), a syndrome typically associated with events such as wars, natural disasters, or physical or sexual abuse. PTSD symptoms include increased negative thoughts and feelings, problems sleeping or concentrating, and “feeling more on guard or unsafe.” Trauma experts are suggesting that the mental health toll of the pandemic may be “far greater than previous mass traumas,” even exceeding the psychological impact of “large-scale traumas like Hurricane Katrina, September 11 or the Hong Kong unrest.” What’s worse, whereas a natural disaster is “limited to a specific time and place,” the coronavirus pandemic is “everywhere, and it doesn’t appear to have an end date.”

Experts are ready to admit that children’s current distress is a serious problem, but few seem willing to discuss the most obvious solution, which is to call an end to the demonstrably unwarranted lockdowns, school closures, edicts and fear-mongering that are proving so damaging to children’s psyches. Instead, a Yale child psychiatrist who acknowledges that there has been “a steady climb in the percentage of parents who worry about their children’s mental health” has only one suggestion — that parents should “spoil” their young children and be tolerant of kids’ “shenanigans” until “after the vaccine” — and then go back to expecting better behavior.

Mental health researchers began documenting children’s skyrocketing anxiety and depression almost as soon as social isolation, masking and physical distancing measures began to be imposed. In a Wuhan-based study in the Journal of the American Medical Association (JAMA), just one month of home confinement doubled Chinese schoolchildren’s anxiety levels (from 9% to 19%), prompting the investigators’ conclusion that “serious infectious diseases may influence the mental health of children as other traumatic experiences do.”

In the U.S., an October study published in Pediatrics indicated that three months of restrictions (March through May) had a similar impact on children as well as their parents. One in four U.S. parents (27%) reported a decline in their own mental health, and about one in seven (14%) perceived a corresponding decline in their children’s behavioral health.

Commenting on the study, a child and adolescent psychiatrist in Virginia speculated that the survey might represent “the tip of the iceberg,” noting that “Every layer of protection for children’s well-being has been weakened or eliminated by the pandemic.” According to this psychiatrist, the most crucial “buffers” are the parents, but in a Canadian study that collected data in early May, seven in 10 pregnant and postpartum moms reported anxiety, and four in ten reported depression. Children have also been cut off from vital community resources that ordinarily form additional “layers of protection” — churches, recreational opportunities and schools. As of April, more than 90% of the world’s enrolled students had been affected by school closures.

Considering North America’s adolescents and young adults, the Centers for Disease Control and Prevention recently reported that during the month of June, three-fourths of 18-24-year-olds reported at least one adverse mental or behavioral health condition, and a dismaying one in four had seriously considered suicide that month. In a Canadian survey, nearly three out of five 15-17-year-olds (57%) rated their mental health as “somewhat worse” or “much worse” than before physical distancing began, while the proportion of 15-24-year-olds rating their mental health as “excellent” or “very good” was 20% lower than in 2018. Additional Canadian research found that 10-17-year-olds “primarily and intensely” report feeling both bored and lonely.

Similarly troubling trends are apparent across the pond, where, just one month into the UK’s lockdown (as reported in July in “The Lancet”), young people aged 16-24 displayed large increases in already high levels of clinically significant mental distress — from 24.5% the year before COVID-19 to 37% by April 2020. Parents of preschool-age children were a second group experiencing a steep rise in mental distress — a trend that does not bode well for small children. Moreover, as the authors of the UK study took pains to mention, their results captured only one month of restrictions:

“As the economic consequences of lockdown develop, when furloughs turn to redundancies [layoffs], mortgage holidays [suspension of payments] expire, and recession takes effect, we believe it is reasonable to expect not only sustained distress and clinically significant deterioration in mental health for some people, but emergence of well described long-term effects of economic recession on mental health including increasing suicide rates and hospital admissions for mental illness.”

Echoing this expectation, a Scottish survey conducted in October for World Mental Health Day found that one-third (32%) of parents perceived their children’s mental health, since COVID-19, as being “the worst it has ever been,” and 37% reported a serious deterioration in their own mental health.

COVID-19 has taken telemedicine into “overdrive,” significantly changing where and how mental health professionals provide services. As community mental health clinics and school and workplace-based resources close their doors or suspend their services, independent and agency psychiatrists and therapists are turning to sessions conducted by phone, videoconferencing, telehealth platforms or eTherapy apps.

A June survey conducted by the American Psychological Association found that since COVID-19, only 3% of psychologists are conducting all of their appointments in person, with another 16% using a mixture of in-person and remote sessions. Setting aside the time-honored face-to-face therapeutic model pioneered by figures like Carl Jung, three-fourths are “solely providing remote services.”

Mental health professionals appear generally enthusiastic about distance therapy’s potential as a “tool for the times,” although some report that “a day of Zoom therapy” can be mentally taxing in a way that in-person therapy is not. With a dearth of studies offering measurable results comparing telehealth to office visits, it is an open question whether the model is appropriate or effective for traumatized children and especially for special-needs children.

Researchers noted years ago that telemedicine can lead to a “breakdown in the relationship between health professional and patient.” Clinicians working in the time of COVID-19 agree not only that patient rapport is “extremely important” but that they are better able to pick up “nuances and subtle signs” in person. Recognizing in-home challenges such as screen exhaustion, distractibility, and technological barriers, one expert working in a high-volume counseling center has stated, “[telehealth] is a great resource when you need it, but it’s just not the same thing as in person.”

Forcing children into yet another tech-mediated interaction also adds to the amount of time they are spending on screens. The COVID-19-triggered remote learning paradigm has already resulted in a nearly 500% increase in children’s time online — about six hours a day, much of it unsupervised — with attendant risks to physical health as well as emotional health and privacy.

With regard to privacy, while advocates celebrate the opportunity for teletherapists to “see patients in their own surroundings,” this also represents an unprecedented digital intrusion into the sacrosanct home environment. Given the fact that domestic and international public health officials have publicly discussed the possibility of removing people — including children — from their homes for coronavirus quarantine, and given that Child Protective Services has also been known to unnecessarily separate children from their parents, families might want to consider the ramifications of enabling this type of intimate access.

A May 2020 posting by the World Economic Forum asserted that “COVID-19 is hurting children’s mental health” and cautioned that “high levels of stress and isolation can affect brain development, sometimes with irreparable long-term consequences.” Ironically, the Forum is one of the primary cheerleaders of the global economic “reset” that is causing such hardship to children and their families.

What policy-makers and public health leaders have refused to acknowledge is that “every decision we make in response to the pandemic … reflects a choice and carries with it a set of costs.” At this juncture, few would dispute that the costs to children have been far too high or that the effects are likely to reverberate — whether at the individual, family, community or societal levels — for many years to come.