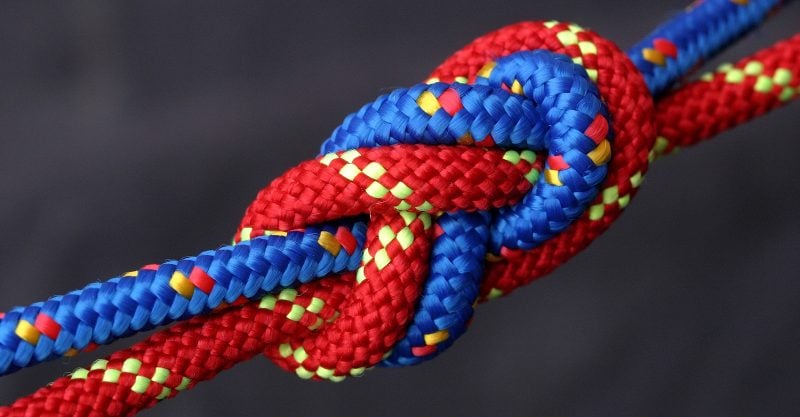 Although 38 Covid-19 vaccines are now undergoing clinical evaluation, a handful of candidates have been at the head of the pack from the beginning, including the vaccine developed by Oxford University in tandem with the British biopharma giant AstraZeneca. Helped along by a whopping $1.2 billion infusion from U.S. taxpayers and $750 million from two Bill-Gates-backed global health organizations, Oxford’s assertive grab for frontrunner status has been reinforced by a friendly media, such as CBS’s recent statement that the Oxford vaccine “is widely perceived to be one of, if not the strongest contender among the dozens of coronavirus vaccines in various stages of testing” [emphasis added].

Oddly, CBS furnished this ringing endorsement shortly after Oxford and AstraZeneca called a temporary halt to their clinical trials in five countries. The brief hold was prompted by a UK participant’s report, after her second dose of vaccine, of a serious adverse event—a demyelinating condition called transverse myelitis (TM) associated with pain, muscle weakness, paralysis and bowel and bladder problems. Two-thirds of those who experience TM remain permanently disabled. Belatedly, AstraZeneca also disclosed that the September pause was actually the second time-out in two months. The first incident, which initially went unpublicized, occurred in July when another UK participant experienced TM after one dose of vaccine and ended up with a brand-new diagnosis of multiple sclerosis (MS). TM is well recognized as sometimes being “the first symptom of an autoimmune or immune-mediated disease such as multiple sclerosis.”

In the U.S., the media and top National Institutes of Health (NIH) officials hastened to spin the two pauses as par-for-the-course safety checks and proof that care is being taken, also suggesting that the incidents could well be coincidental.

According to the New York Times, not only did AstraZeneca “not immediately inform the public about the neurological problems of either participant,” but it did not say anything publicly until “the information was leaked and reported by STAT.” Under the circumstances, the decision to restart the clinical trials only a few days into the September pause raised more than a few eyebrows, yet the British Health Secretary immediately hailed the decision as “good news for everyone”—and especially for AstraZeneca, which saw its share price largely rebound following a precipitous $11.3 billion drop in market value in the wake of the second pause. In the U.S., the media and top National Institutes of Health (NIH) officials hastened to spin the two pauses as par-for-the-course “safety checks” and proof that “care is being taken,” also suggesting that the incidents could well be “coincidental.” Whether the 18,000 clinical trial participants will find these soothing pronouncements sufficiently reassuring remains to be seen, however, especially given Oxford’s prevaricating participant information sheet (dated September 11), which states that the TM and TM-plus-MS incidents “were either considered unlikely to be associated with the vaccine or there was insufficient evidence to say for certain that the illnesses were or were not related to the vaccine.”

… conditions involving demyelination and paralysis … are among the top vaccine injuries for which Americans (primarily adults) have filed claims with the National Vaccine Injury Compensation Program (NVICP).

TM is not new

Internet searches for “transverse myelitis” surged following the news that the Oxford/AstraZeneca clinical trials had been halted, but the term “myelitis” is nothing new. Myelitis, which refers to an inflammatory disease process affecting the spinal cord, is a component not just of TM but also of encephalomyelitis and acute disseminated encephalomyelitis (ADEM)—involving both brain and spinal cord inflammation—as well as acute flaccid myelitis (AFM) and, of course, poliomyelitis. Experts refer to these conditions as forms of “spinal cord damage not due to trauma.”

Based on analysis of information posted at the U.S. Court of Federal Claims website, conditions involving demyelination and paralysis—TM, ADEM, Guillain-Barré syndrome (GBS) and chronic inflammatory demyelinating polyneuropathy (CIDP)—are among the top vaccine injuries for which Americans (primarily adults) have filed claims with the National Vaccine Injury Compensation Program (NVICP). GBS is currently the NVICP’s second most compensated vaccine injury. Of the 330 TM-related petitions adjudicated to date, the program has awarded approximately $150 million in damages to 266 claimants (including estimated annuities), while dismissing 55 claims and leaving 9 still pending.

In prior years, most NVICP claimants linked their TM to hepatitis B vaccines, but in more recent years, tetanus-diphtheria-pertussis (Tdap) and influenza vaccines have become the principal suspects. A systematic review of TM case reports gleaned from 1970–2009 corroborates these claims, identifying 37 cases of TM associated with multiple vaccines given to infants, children and adults (including hepatitis B, measles-mumps-rubella and DTP) and showing that TM symptoms can arise anywhere from several days to several months and possibly several years post-vaccination. A more recent report by some of the same researchers also describes a case of TM following H1N1 influenza vaccination. The authors conclude:

[T]he induction of transverse myelitis post-immunization is plausible in view of the increasing frequency of case reports in the medical literature demonstrating this phenomenon as well as the growing biological evidence of a post-vaccination autoimmune pathogenesis.

It is important to remember that historical reports of myelitic conditions track closely with pediatric vaccination trends and with the concurrent rise in the very practice of injection. Describing a 1949 polio epidemic, for example, an Australian researcher reported “a relation, in a number of cases, between an injection of an immunising agent and the subsequent development of paralytic poliomyelitis.” In fact, clinicians of that era coined the terms “provocation poliomyelitis” and “provocation paralysis” to describe polio cases that followed pediatric injections. In the 1990s, observations of post-vaccination paralysis in Africa and India—AFM and acute flaccid paralysis (AFP)—sparked new interest in “polio-like” illness and the provocation phenomenon, and, over the past decade, African and Indian researchers (though not U.S. investigators) have continued to point to vaccines and injections as likely AFP causes.

Another reason to question Oxford’s disingenuous attempts to decouple the two reports of TM from its vaccine has to do with the information readily available in vaccine package inserts. The inserts for vaccines on the U.S. market link TM—either through clinical trial data or post-marketing data—to 11 different vaccines, including vaccines involving various combinations of chickenpox, hepatitis B, human papillomavirus, influenza, measles and meningitis. For the conditions labeled “myelitis,” “encephalomyelitis” and “ADEM,” the inserts connect them to some of the same vaccines plus six others (including those against hepatitis A and diphtheria, tetanus and pertussis). Twenty-one different vaccine package inserts list GBS (also characterized by muscle weakness and paralysis) as an adverse event.

The occurrence of not one but two cases of TM—a condition ordinarily reputed to be “rare”—ought to raise a red flag because the Covid-19 vaccine, by its developers’ own acknowledgement, is highly reactogenic. The Oxford researchers’ July report in The Lancet (published around the same time as the first TM incident) indicated that a single dose of the Oxford/AstraZeneca vaccine had a higher “reactogenicity profile” (a stronger inflammatory response) than the meningitis vaccine against which it is being compared. That is saying something, given that the type of meningitis vaccine being used as a comparison is itself notorious for producing serious adverse reactions—including TM. Commenting on this point, one observer who is favorable to the push for a Covid-19 vaccine but questions the Oxford group’s decision not to use an inert saline placebo has stated, “comparing an experimental COVID-19 vaccine that has so far been shown to cause a fair amount of physical reactions . . . to a meningitis vaccine that can also cause these temporary side effects will certainly paint a kinder picture of the COVID vaccine.”

What websites do not mention is AstraZeneca’s pattern of knowingly and systematically hiding negative information about its products and paying out millions in fines and settlements for false claims.

In a surprisingly scathing critique of Oxford’s and AstraZeneca’s mishandling of the two TM incidents, the New York Times noted recently that “finding even one case among thousands of trial participants could be a red flag” and added that “[m]ultiple confirmed cases . . . could be enough to halt AstraZeneca’s vaccine bid entirely.” In the equally blunt words of a vaccine expert interviewed by the Times, “If a third case of neurological disease pops up in the vaccine group, then this vaccine may be done.”

At the time of the September clinical trial pause, the investment website The Motley Fool pointed out that AstraZeneca is in a close race with its competitors “to be among the first Western-based companies to successfully develop a COVID-19 vaccine.” Noting that the first round of Covid-19 vaccines are “expected to be high-value products for their manufacturers,” the investment site speculated that the clinical trial pause might give Pfizer and Moderna “an important competitive edge.” On the other hand, the site stated, “this single vaccine is not a make-or-break product for this top pharma company [AstraZeneca].”

What websites like The Motley Fool do not mention is AstraZeneca’s pattern of “knowingly and systematically” hiding negative information about its products and paying out millions in fines and settlements for false claims. As Jeremy Loffredo pointed out in a Children’s Health Defense commentary, this pattern of behavior should be taken into account when considering whether Oxford/AstraZeneca made the right call in rushing to relaunch the clinical trials. In the words of a former Harvard Medical School professor, “The dangers to the public for taking an unproven and undertested vaccine are [already] overwhelming,” and the “opaque veil” that limits transparency of the vaccine testing and approval process is only making a bad situation worse.