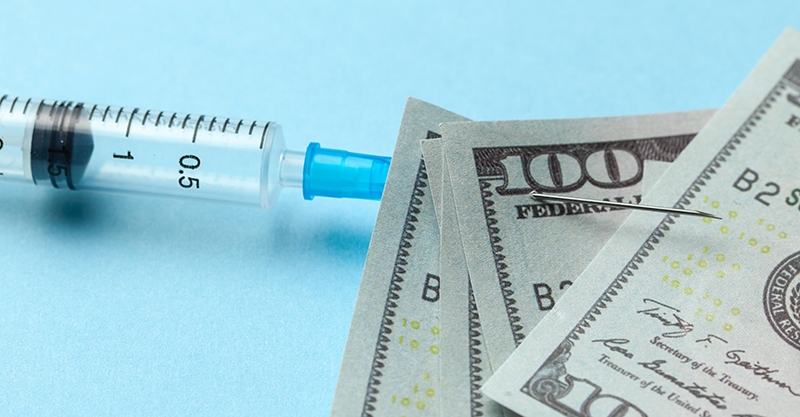 Merriam-Webster Dictionary defines a “milestone” as “a significant point in development.” Unfortunately, the National Vaccine Injury Compensation Program (NVICP) is approaching a milestone not suitable for celebration. Rather, it is a moment to pause and reflect on the number and severity of injuries that influenza vaccines have caused.

Vaccine scientists have been developing inactivated influenza vaccines (IIVs) for decades, formulating the first bivalent (two-strain) IIV in the early 1940s and the first trivalent (three-strain) IIV in 1978. In 2003 , the U.S. Food and Drug Administration (FDA) approved the first three-strain live attenuated influenza vaccine (LAIV) for use in children and adults aged 5-49 years old, extending its approval to those aged 2-49 years old in 2007. Since then, numerous influenza vaccines using different technologies and targeting different age groups have entered the market, including four-strain vaccines (both live and inactivated), ultra-potent vaccines for those over age 65, pandemic vaccines and recombinant (genetically engineered) vaccines. The FDA approves some influenza vaccines using accelerated approval mechanisms.

Over 2,000 influenza petitions alone are pending. Not even a year ago, that figure was 50% less.

Types of injuries and extent of payouts

As of mid-March 2020, the total NVICP payout for all injuries and death from seasonal influenza vaccines was approximately $897,967,381.38 (based on my analysis of all decisions posted at the United States Court of Federal Claims website). In other words, just shy of $900 million dollars for damages, attorney fees and medical expert costs—for vaccines that have only been part of the compensation program for the last 15 years.

Another statistic that is concerning is the ever-growing number of petitions filed in the NVICP that await medical reviews or decisions. Over 2,000 influenza petitions alone are pending. Not even a year ago, that figure was 50% less.

Injuries to children versus adults

When adverse events can be linked specifically to influenza vaccination, we observe that shoulder injuries (SIRVA) seem to prevail in adult NVICP reports whereas children’s injuries tend to be more serious, meaning more GBS, ADEM, CIDP and TM. Although only 3.7% of compensated influenza cases are for children, their average award for influenza injuries is more than double that of adults—approximately $545,000. The vast majority (96.3%) of compensated influenza cases are for adults, who receive an average award of $240,000. Unfortunately, in the growing backlog of influenza-vaccine-related petitions to the NVICP, we have no clear understanding of how the injuries break down by age group (adults versus children) or by injury type.

It is a distinct possibility that we will witness the Program awarding compensation that will exceed the $1 billion amount before the end of this calendar year.

Due to a couple of factors, the $900 million number represents an estimate only. First, there are some 150 or so petitions that the NVICP has adjudicated but which have not been announced or posted on the Federal Court of Claim’s website. Second, it is important to understand how annuities are used in the Program. It is not uncommon for several severe injuries to include an annuity to cover future medical costs. With an annuity, the trick is to determine the present value (PV), that is, the current value of future payments. The Secretary of Health and Human Services (HHS) sells the annuity for the benefit of the petitioner to a life insurance company. The life insurance company, in turn, buys the annuity and pays out the anticipated medical expenses of the petitioner. Most of the time, the PV is not announced in the final decision for privacy concerns.

Although the final decision hopefully includes the items to be covered by the annuity and the interest rate for future growth, sometimes this is not provided. In that situation, we have to compare the case with similar cases to come up with our best estimate of the PV of the annuity. It is conceivable that the total PV of annuities for influenza vaccines could be around $200 million dollars. We really do not know for certain. The HHS Secretary refuses to comply with Freedom of Information Act (FOIA) requests asking for the total amount sold or in force.

Keeping these caveats in mind, we arrive at a figure just short of $900 million for all damage awards for all forms of seasonal influenza vaccine. It is a distinct possibility that we will witness the Program awarding compensation that will exceed the $1 billion amount before the end of this calendar year. This is not a milestone to celebrate or applaud, but something that we need to examine. Above all, we should be asking, why are we damaging so many of our fellow citizens, both children and adults?