Who Benefits When Pharma-Funded FDA Fast-Tracks Drugs and Vaccines? Not Consumers, Critics Warn.

According to the experts interviewed by Kaiser Health News, the push to get drugs fast-tracked has clear advantages for companies — but iffy benefits for consumers. 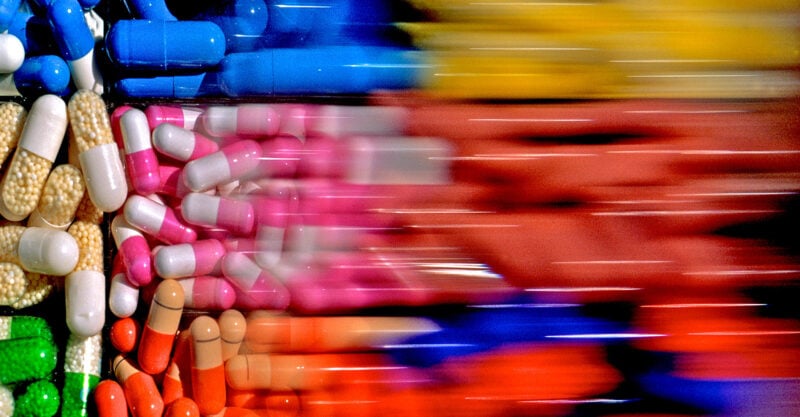 Although Americans may not realize it, U.S. Food and Drug Administration (FDA) decisions loom large in their everyday lives — one-fifth of every dollar a U.S. consumer spends goes to a product that the FDA regulates.

However, it is questionable whether consumer safety or the pocketbook concerns of the average patient drive much of the FDA’s decision-making.

As a recent report by Kaiser Health News (KHN) pointed out, nearly half (47%) of the FDA’s 2022 budget came from pharmaceutical industry “user fees” — representing “two-thirds of the drug regulation budget, and the work of at least 40% of the FDA’s 18,000 employees.”

The FDA brags that the user fees, along with additional mechanisms at its disposal, merely help expedite drug development and review.

However, KHN and other critics argue that the 3,000-plus closed-door meetings that take place annually between industry and a captured FDA foster a relationship that is a bit too cozy.

During COVID-19, the public learned about the downside of one of the FDA’s industry-friendly workarounds — the Emergency Use Authorization (EUA) — discovering that the shortcut not only allowed the FDA to rush unapproved vaccines into American arms but also kept the jabs on the market despite early and widespread safety signals.

But the FDA’s toolkit of approaches to speed up approvals during ordinary times also deserves scrutiny.

For products it deems to be addressing “unmet medical needs” and “serious conditions,” the agency can draw on the Orphan Drug Act (1983), Accelerated Approval Program (1992), Priority Review (1992), the Fast Track process (1997) and/or the Breakthrough Therapy designation (2012).

Moreover, investigational products often benefit from more than one of these FDA green lights, with 4 of 5 of the New Drug Applications the FDA approves for Fast Track also given Priority Review.

According to the experts interviewed by KHN, the push to get drugs approved more quickly using these programs has clear advantages for companies — but iffy benefits for consumers. As KHN summed it up, “Pharma-Funded FDA Gets Drugs Out Faster, But Some Work Only ‘Marginally’ and Most Are Pricey.”

But poor performance and high cost are not the worst outcomes associated with fast-tracking.

As even an industry-favorable publication pointed out in 2017, “Fast Track and other expedited review programs unnecessarily rush drug approvals without sufficient safety data,” with the result that nearly 3 of 5 (57%) Fast-Track-approved drugs end up needing to add black box warnings.

In a 2018 article, “FDA Repays Industry by Rushing Risky Drugs to Market,” ProPublica confirmed that while the FDA may “review and approve drugs faster than any other regulatory agency in the world,” the “aftermath” can be deadly.

Watching these drug approval trends, a survivor of the disastrous drug thalidomide warned in 2015, “We could be returning to a time in which physicians had little way of knowing if their prescriptions would help or harm their patients.”

A ‘boon for day traders, hedge funds and others looking to make quick money off biotech stocks’

According to a discussion by the publication CenterWatch (a “trusted source for clinical trials information”), as of 2017, the Fast Track program was “going strong,” with companies pursuing the designation in “record numbers” and roughly two-thirds of applications gaining FDA approval.

It’s estimated the FDA reaches decisions about whether to approve or deny Fast Track applications in under two months.

For companies, the low-bar “evidentiary hurdle” for Fast Track provides an incentive to apply, as does “the potential to generate investor attention.”

In fact, the Cleveland Plain Dealer observed in 2007, that it was the drug industry that “came up with the idea for the [Fast Track] designation and lobbied for its passage.”

The Plain Dealer bluntly stated that while the designation “creates a boon for day traders, hedge funds and others looking to make quick money off biotech stocks,” it “delivers little to anyone but investors.”

One company saw a one-day jump in its stock price of 23% after its Fast Track announcement.

The Plain Dealer investigation also discovered many instances “of heavy buying of biotech companies’ stock in the days before a Fast Track announcement.”

CenterWatch agreed that a Fast Track designation tends to bump up a company’s stock valuation, and a 2016 business school analysis of stock market reactions to products given the Breakthrough Therapy designation reached similar conclusions, describing “substantial economic benefits” over time, including a “small positive effect on the price of equity on the day of the announcements” — especially for smaller companies — as well as “enhance[d] investor recognition of firm value.”

Pfizer gets a ‘breakthrough’ for vaccine targeting pregnant women

In 2017, the FDA granted Pfizer Fast Track approval for a vaccine the company intends to market to pregnant women.

The vaccine is supposed to prevent “invasive” Group B Streptococcus (GBS) disease in newborns and young infants through maternal vaccination.

Currently, the subset of pregnant women found to be “carriers” of GBS in late pregnancy are given prophylactic antibiotics, but a GBS vaccine recommended for all pregnant women would undoubtedly make Pfizer (and other future manufacturers) very happy.

Pfizer began testing its GBS jab in 2017 in healthy adult men and women — right after the fast-tracking decision — moving on in 2018 to clinical trials in pregnant women in South Africa, the U.K. and the U.S.

Based on “interim” data from the trials in pregnant women, the FDA followed up with a Breakthrough Therapy designation in September 2022.

When Pfizer, in 2018, began meeting with the FDA to discuss the “pathway” to licensure, the FDA obligingly trotted out one of its trusted gimmicks for accelerated approval — allowing licensure via “surrogate endpoint.”

Instead of measuring “whether people in a trial feel or function better, or live longer” — or looking at outcomes such as whether participants had a stroke — proxy measurements (for example, blood pressure) are endpoints that the researchers merely expect to be predictive.

Companies love surrogate endpoints, which spare them the hassle and expense of conducting the larger and lengthier trials needed to assess actual disease endpoints.

In the case of a low-incidence neonatal disease like GBS, a study with proper endpoints “would require large numbers of immunised mothers.”

According to KHN, “Debate rages over the validity of some of these stand-ins” — and also over the drugs approved via “stand-in.”

As some critics understatedly put it, “A surrogate endpoint may correlate with a real clinical effect/endpoint but does not necessarily guarantee a relationship.”

“Many diseases,” these critics add, “manifest from an amalgam of physiological defects and defy our ability to identify an uncomplicated surrogate endpoint.”

The concerns are well-founded. When the FDA reviewed 25 years of its accelerated drug approvals that had relied on surrogate endpoints, it found that 40% of the drugs had not demonstrated any clinical benefit, and 5% had to be pulled from the market.

Following Pfizer’s and the FDA’s Breakthrough Therapy announcement in September, the foundation doubled down on its commitments to the pharma giant, pledging another $128 million for Pfizer’s GBS jab and a second maternal vaccine Pfizer is developing against respiratory syncytial virus (RSV).

In the summer of 2021, Pfizer took the biopharma world by surprise when, in the colorful words of a Fierce Biotech journalist, it “jump[ed] the queue and leap[ed] into RSV vax contention” for older adults.

Fierce Biotech credited the “‘lightspeed’ operational planning” cultivated by Pfizer during development of its COVID-19 vaccine with the company’s ability to mount an “aggressive timeline” for RSV vaccines.

But Pfizer is hardly unique in operating at “Warp Speed” — immediately after Pfizer’s RSV announcement, the FDA granted Moderna a Fast Track designation for its own RSV vaccine.

All of these communiqués and fast-tracking maneuvers are, in fact, a sign of the current vaccine zeitgeist, whose hallmark seems to be the rushed development of as many jabs as possible, including, alarmingly, no-holds-barred targeting of pregnant women.

With the floodgates opened by the EUA fast-tracking of the Pfizer and Moderna COVID-19 mRNA injections, we also stand to see many more “gene therapy” injections to come.

In fact, CenterWatch credits the Fast Track program with encouraging the explosive development of “gene and cell therapies.”

Pfizer is now working “to expand beyond Covid with mRNA technology,” including collaborating with firms engaged in gene-editing and synthetic DNA printing.

The downside of fast-tracking: glossing over the harms

In its 2018 exposé of fast-tracking’s downside, ProPublica noted that user fees are not the only route by which industry “sways” the FDA.

“Many of the physicians, caregivers, and other witnesses before FDA advisory panels that evaluate drugs receive consulting fees, expense payments, or other remuneration from pharma companies. ‘You know who never shows up at the [advisory committee]? The people who died in the trial,’ lamented one former FDA staffer. … ‘Nobody is talking for them.’”

With the fast-tracked nodding and winking from the FDA, and a U.S. Department of Justice whose budget also benefits from the penalties (aka kickbacks) it occasionally extracts from pharmaceutical companies — but never from their top executives — it is up to consumers to recognize that caveat emptor (“buyer beware”) is more apt than it has ever been.