FCC and Big Telecom Make Us ‘the Dummies’

The FCC and Big Telecom use an outdated and faulty testing method as the basis for their claims that cell phones and wireless devices pose no health risks. 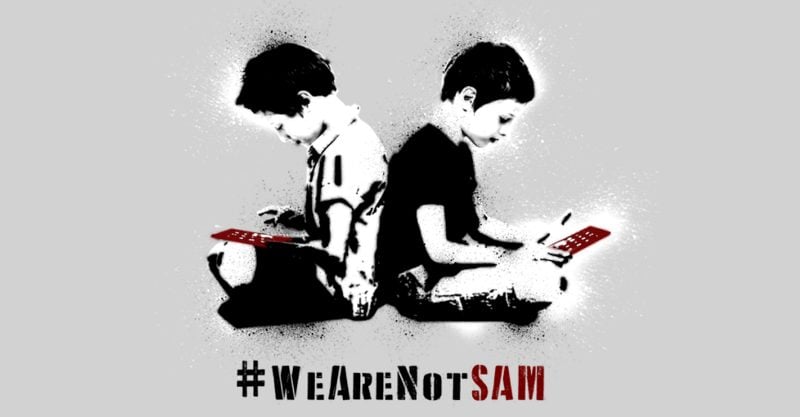 Tech Titans have us addicted to devices they claimed were safe because these devices, especially 5G, are the vital cornerstone for billionaire data miners and the surveillance state. Totalitarians use this technology to enforce obedience, and Big Data uses it to filch and monetize our information.

Here is the chicanery the FCC and Big Telecom use to con us into believing that our cell phones and wireless devices are safe, for adults and children: The FCC, other governments around the world and Big Telecom use a crash dummy named SAM (Specific Anthropomorphic Mannequin). They fill SAM’s plastic head with liquid to test 5G safety.

The FCC then measures the thermal change in the brain of the dummy using “Specific Absorption Rate” (SAR). If 30 minutes exposure to cell phone radiation does not raise the temperature of SAM’s liquid-filled cranium by more than one degree celsius (known as the “thermal effect”), the FCC considers the cell phone safe.

This thermal hypothesis which has been promoted by industry engineers and physicists is false.

To the FCC and Big Telecom, we are the dummies.

Biomedical experts and scientists agree that measuring for thermal effects is not a valid and biology-based safety test. Our brain is not liquid, but a complex bio-electrical system that has been demonstrated to be vulnerable to damage from the pulsed and modulated electromagnetic fields and radiation emitted by wireless devices.

Clearly, we are not SAM.

This test does not even protect from thermal damage — SAM’s is based on the gigantic noggin of a 220 lb., six-foot tall adult male military recruit. SAM’s head is relevant to only 3% of the population.

Children have smaller and thinner skulls than SAM and absorb substantially more radiation than adults. Research confirms a 10-year-old absorbs more than 150% higher radiation than the SAM dummy.

Children represent a significant portion of the consumer market for wireless smart tech devices, and Big Tech is pushing these devices on babies at increasingly exceedingly early ages.

SAM, adopted by the FCC in 1996 when the only commercially used wireless devices were cell phones, measures for only short-term exposure of 30 minutes from one device. It fails to address longer and chronic exposure from numerous sources, which is the real exposure we are now facing.

Judge Patricia Millet of the U.S. Court of Appeals of the D.C. Circuit recently echoed this criticism of the FCC testing method in the hearing in the Children’s Health Defense case against the FCC.

The case, which was initiated by Dafna Tachover, director of Children’s Health Defense’s 5G and wireless harms project, challenges the FCC health and safety guidelines, including the SAM testing and the “thermal only” hypothesis.

This test and the thermal construct are essential for the telecom industry in order to continue to sell their products and for those who engage in data mining, including companies that mine our data for profit and the U.S. government, which uses the data for surveillance purposes.

To expose the fraud of the FCC and the telecom companies, Children’s Health Defense joined WeAreNotSam, an international campaign. Follow @WeAreNotSAM and help us expose the dummy testing. It is time for real and biology-based safety testing.