Corporations and their powerful backers assure the public that fake meat is a silver bullet that will reduce environmental harm and end hunger, but this is a falsely simple solution to a complex problem, according to a report by the International Panel of Experts on Sustainable Food Systems. 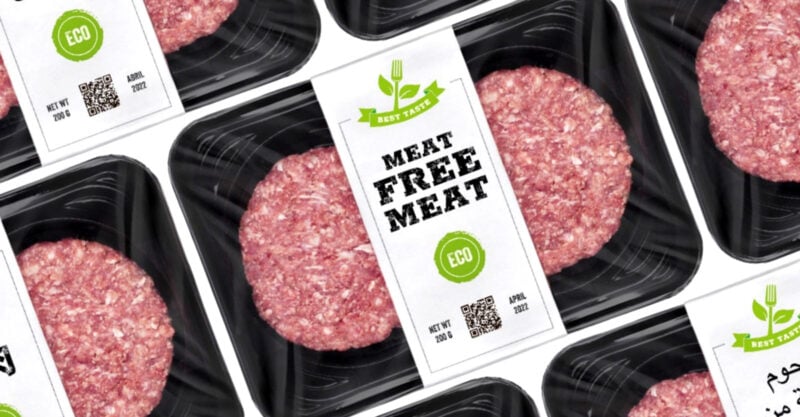 “Fake meat will not save the planet,” warns “The Politics of Protein,” a report released last week by the International Panel of Experts on Sustainable Food Systems (IPES-Food).

Proponents of alternative proteins assure the public fake meat is a silver bullet that will reduce environmental harm and end hunger.

But this is a falsely simple solution to a truly complex problem, according to the report.

In fact, artificial food will only create more problems, according to the report’s lead author, Philip H. Howard, Ph.D.:

“It’s easy to see why people would be drawn to the marketing and hype, but meat techno-fixes will not save the planet. In many cases, they will make the problems with our industrial food system worse — fossil-fuel dependence, industrial monocultures, pollution, poor work conditions, unhealthy diets, and control by massive corporations.

“Just as electric cars are not a silver bullet to fix climate change, these solutions are not going to fix our damaging industrial food system. We need to change the system — not the product.”

Howard is is a faculty member at Michigan State University, a member of the International Panel of Experts on Sustainable Food Systems and the author of the 2016 book, “Concentration and Power in the Food System.”

He told Civil Eats that artificial alternatives to natural foods are becoming widely available and promoted as “healthy:”

“Products such as the Impossible Burger, with its 80-plus ingredients, are now in supermarkets and fast food establishments worldwide. Lab-grown chicken has been on the market in Singapore since late 2020, and will likely soon be approved in the U.S. and elsewhere. These products are being sold as a ‘win-win-win’ for animals, people, and the planet.”

Biotech + agribusiness giants are tapping into the “fake food” market in hope of profiting off consumers who are critical of industrial food production—but fake food doesn’t address root problems of industrial food + its eco + health consequences.https://t.co/u9FDIZDwxM

The report examined each claim in detail, including who is making the claim, who stands to gain from it and what is left out of the argument behind the claim.

It also looked at who will enjoy benefits or suffer harm as a result of the claim.

In the report, he wrote:

“Agri-food industries have clearly helped to frame the discussion around protein — through lobbying and more subtle influences on public debate. Even when done indirectly or unintentionally, calls for a ‘protein transition’ tend to reinforce the (disproportionate) focus on protein as a problem in food systems, and various high-protein foods as a solution.”

Who’s behind the call for a “protein transition?”

Powerful corporations and their backers, according to the IPES-Food report, which points out that the plant-based meat and dairy substitute market is growing approximately 20% per year.

This growth has attracted attention from prominent Hollywood personalities. Actors Leonardo DiCaprio, Robert Downey, Jr. and Ashton Kutcher have invested in lab-grown meat — or as the industry calls it, cultured meat — made from real animal cells grown inside a lab, according to Mother Jones.

Kutcher said the technology is “key for a more sustainable and clean meat production.”

“Maybe we can’t have our steak and eat it guilt-free, too,” wrote Philpott.

Disconnect from nature leads to catastrophe

Artificial food may create more problems than it hopes to solve, say critics.

“The notion that high-tech, “farm free” lab food is a viable solution to the food crisis is simply a continuation of the same mechanistic mindset which has brought us to where we are today — the idea that we are separate from and outside of nature,” wrote Dr. Vandana Shiva in ​​Navdanya International’s report “The Corporate Push for Synthetic Foods.”

In the foreword to the report, Shiva wrote:

“Real, nutrient-rich food is gradually disappearing, while the dominant industrial agricultural model is causing an increase in chronic diseases and exacerbating climate change.

Returning to the IPES-Food report, Howard argues we must reclaim public resources from ‘Big Protein.”

IPES-Food recommends sweeping, worldwide changes in order to curb the concentration of power in a few food monopolies.

These changes include cracking down on unfair trading practices and shifting toward “diversified and decentralized innovation.”

“It is time for governments to stop subsidizing the largest food processors in the world, based on claims that are dubious at best and highly misleading at worst,” Howard told Civil Eats.