Denmark on Tuesday became the first country to suspend its national COVID-19 vaccine campaign after health officials said the pandemic is under control there. Meanwhile, the European Union is planning to announce a “post-emergency” phase. 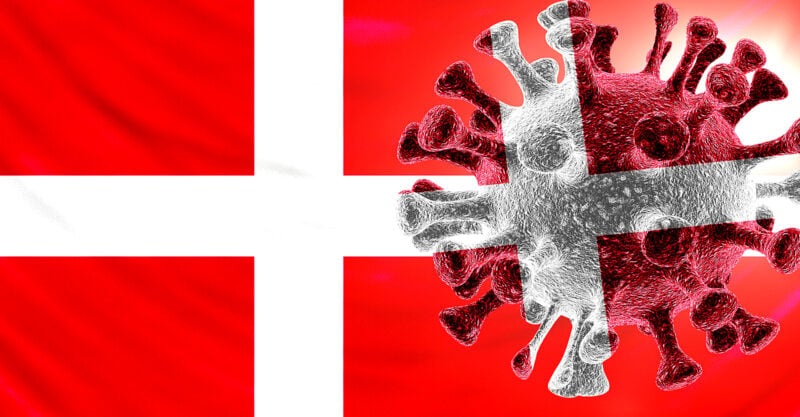 Denmark on Tuesday became the first country to suspend its national COVID-19 vaccine campaign after health officials said the pandemic is under control there.

Bolette Soborg, director of the Danish Health Authority’s department of infectious diseases, on Tuesday said Denmark is “winding down” the mass vaccination program, and that invitations for vaccinations would no longer be issued after May 15.

“We plan to reopen the vaccination programme in the autumn,” Soborg said, adding: “This will be preceded by a thorough professional assessment of who and when to vaccinate and with which vaccines.”

Public health authorities cited several factors contributing to the decision to end the national vaccination campaign. These include a decline in the number of new reported infections, stabilized hospitalization rates and an overall high level of vaccination.

This decision comes just a few months after Denmark eliminated all COVID-19-related restrictions, becoming the first European Union (EU) member state to do so.

On February 1, the country dropped restrictions ranging from vaccine passports to mask mandates. Public health authorities at the time said COVID-19 was no longer considered a critical threat to public health.

Despite a “surge” in reported infections in Denmark, attributed to the Omicron variant, health authorities said these cases are not placing a heavy burden on the country’s health system.

Denmark’s health authorities are the first to explicitly state that future COVID-19 vaccination drives will be targeted, rather than universal.

Denmark’s decision comes as several other countries appear to be walking back mass-scale COVID-19 vaccination and related public health initiatives.

In an interview Tuesday on PBS NewsHour, Dr. Anthony Fauci said, “We [the United States] are certainly right now in this country out of the pandemic phase.”

However, when asked whether there will be an end to the COVID-19 pandemic, he said that’s “an unanswerable question.”

In the U.K., the country’s Health Security agency this week announced it is slashing its staff by almost half, and reducing its COVID-19 budget by nearly 90% compared to 2021 levels.

And the European Commission — the executive branch of the EU — is reportedly preparing to announce the EU has entered a new “post-emergency phase” of the COVID-19 pandemic, Reuters reported today, citing a draft document the news agency said it reviewed.

Despite there being no official statements yet from EU officials, according to Reuters, the draft document, prepared by EU Health Commissioner Stella Kyriakides, states:

“This Communication puts forward an approach for the management of the pandemic in the coming months, moving from emergency to a more sustainable model.”

In practical terms, this would mean an end to mass COVID-19 testing, already shut down in several EU countries.

This approach contrasts with China’s “zero-COVID” policies — which have resulted in mass testing and a renewed wave of mass lockdowns.

In a possible reflection of the EU’s new policy direction — and its stark differentiation from China’s COVID policies — Greek health minister Thanos Plevris said recently “we are entering the phase of co-existing with COVID … we don’t believe in the zero-COVID policy, like in China.”

According to Reuters, the EU’s draft document is non-binding on member-states and states that “COVID-19 is here to stay,” with a likely emergence of new variants and “surges,” necessitating that “vigilance and preparedness remain essential.”

However, the draft document does address the introduction of more sophisticated means of detecting outbreaks of — and the spread of — COVID-19, highlighting that “[t]argeted diagnostic testing should be put into place.”

Such “targeted” testing would focus on “priority groups,” such as people close to outbreaks, those at risk of developing severe COVID-19 symptoms and medical staff who are in regular contact with vulnerable populations.

The draft document also suggests surveillance and tracking of COVID-19 infections should be adapted and targeted, focusing more on genomic sequencing and less on the mass reporting of “cases.”

This new surveillance system would amount to one that, according to Reuters, is “similar to that used to monitor seasonal flu, in which a limited number of selected healthcare providers collect and share relevant data.”

As reportedly stated by the document, “[t]he objective of surveillance should no longer be based on the identification and reporting of all cases, but rather on obtaining reliable estimates of the intensity of community transmission, of the impact of severe disease and on vaccine effectiveness.”

However, unlike Denmark’s approach, the document states that vaccines remain essential, with a recommendation that EU member states consider enacting strategies to bolster vaccination levels among children age 5 and up prior to the start of the new school year.

Some EU member states, such as Greece, have strongly hinted wide-scale COVID-19 vaccinations and restrictions may resume in September.