From Chimpanzees to Children: The Origins of RSV — Respiratory Syncytial Virus

Research shows that respiratory syncytial virus, or RSV — recognized as one of the most common causes of childhood cold-like illness — originated in monkeys housed in a Maryland facility where they were used to conduct polio vaccine research. 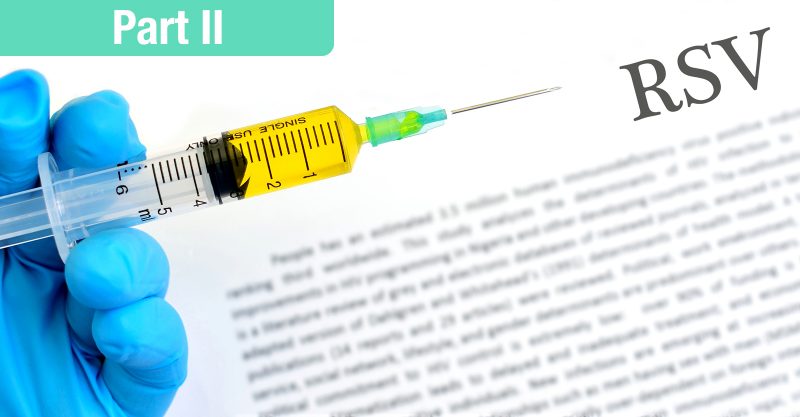 EDITOR’S NOTE: This is the second in a series of articles by The Defender on respiratory syncytial virus, commonly known as RSV. Read part one — “Big Pharma Eyes Next Childhood Vaccine Cash Cow — mRNA Vaccines for RSV.”

Respiratory syncytial virus (RSV), first discovered in 1956, has since been recognized as one of the most common causes of childhood cold-like illness. The virus causes annual outbreaks of respiratory illnesses in all age groups, typically during the fall, winter and spring in most regions of the United States among.

As The Defender reported earlier this month, pharmaceutical companies have been working on the development of a vaccine for RSV since the 1960s — at times with deadly outcomes.

But an important and hugely overlooked fact about RSV, is that the virus is relatively new. It was first identified in 1955, in monkeys. At the time, the virus was not called RSV, but Chimpanzee Coryza Agent due to its discovery in chimpanzees being used for vaccine research and development.

In order to develop viral vaccines, such as the polio vaccine, that could be mass-produced, researchers needed to first grow the viruses in large quantities.

Compared with bacteria, which can be grown in a laboratory environment when placed in a suitable growth medium, viruses require living cells to be able to grow and reproduce. One of the most popular living cells used to grow the viruses were kidneys taken from non-human primates such as apes and monkeys.

During the height of polio vaccine development, the demand for monkeys was so great that monkeys were being shipped in from around the world for research and to provide much needed living tissue to grow the virus. As was reported in the book, “The Virus and the Vaccine” (p. 33), “200 thousand monkeys alone were required in 1955, the first year of full-scale commercial polio vaccine production.”

In October of 1955, a respiratory illness characterized by coughing, sneezing and nasal discharge (coryza), occurred in a colony of chimpanzees being housed at the Walter Reed Army Institute of Research, Forrest Glen Annex in Silver Springs, Maryland.

The facility was constructed in 1953, as a vaccine-production facility, specifically providing living cells from the  chimps to grow viruses for experimental vaccine production.

The culprit causing the illness was identified by Morris and colleagues as a virus, and given the name Chimpanzee Coryza Agent (CCA).

In February of 1956, Morris also reported that a laboratory employee who was working with the chimpanzees who had been purposefully exposed to the virus for research purposes developed a similar “upper respiratory infection” consisting of several days of a runny nose, cough, low-grade fever and headache.

Further investigations documented that the worker (patient B-1) initially tested negative for antibodies to CCA, but positive 14 days later, which suggested the virus was the cause of his illness.

Subsequently, human sera were obtained from patients who presented to Walter Reed Army Medical Center with a variety of illnesses. Antibodies to CCA were unusual in infants and children, but were detected in a group of young adults with respiratory illnesses.

Eight of the young adult patients at the medical center who tested positive for CCA antibodies were barrack mates with patient B-1 and had presumably been exposed to the virus, suggesting the contagious nature of the infection in humans.

One year later in 1957, Chanock and colleagues from Johns Hopkins University Department of Pediatrics received funding to “recover new cytopathogenic agents from infants with severe lower respiratory illness (bronchopneumonia, bronchiolitis and laryngotracheobronchitis.”  The funding was provided by the National Institutes of Health, the Rockefeller Foundation and the National Foundation for Infantile Paralysis, who were also the primary sponsors of polio vaccine research at the time.

During the course of their research, Chanock’s team identified two similar viruses in infants diagnosed with pneumonia and croup that were “indistinguishable from an agent associated with coryza in chimpanzees (CCA virus).” The viruses identified in both infants “were not related to the adenovirus group nor to other currently known viruses which cause respiratory illness.”

The researchers reported that the viruses shared striking characteristics of the CAA virus, specifically the production of syncytial (pseudo giant cells) in tissue cultures. They proposed that since the viruses they identified were indistinguishable from the CAA virus, they should be grouped together and named “respiratory syncytial” virus (RSV).

The infants found to have this new, never-before-seen virus, responsible for severe respiratory illness in infants and children, were admitted to the Harriet Lane Home of the Johns Hopkins Hospital in Baltimore — about 30 miles from the Walter Reed Army Institute of Research in Silver Springs, where the first outbreak of CCA occurred in chimpanzees.

The close proximity to the first identified case of this virus as a result of exposure to sick chimps, and the documentation of a new severe respiratory illness in infants, is highly suspicious and suggests that the sick monkeys from the vaccine research facility were responsible for the spread of CCA and the creation of a new, highly contagious and potentially dangerous human disease.

From chimpanzee virus to ‘respiratory pathogen of major significance’ in children

During the winter of 1958-59, researchers identified the virus in children in Chicago, and labeled it the Randal virus. The clinical diagnoses associated with the disease were acute respiratory disease, croup, bronchiolitis, pneumonia and asthma.

The investigators were unable to link the disease to any other microorganisms. Further testing showed antigenic similarities between Randall virus and the CCA virus.

During a five-month period in early 1960, Chanock recovered RSV from 57% of young infants diagnosed with bronchiolitis or pneumonia in Washington, D.C. The virus was also recovered from 12% of older infants and children.

The authors concluded, “RS virus is a respiratory pathogen of major significance during early life.”

Simoes reported in a Lancet article published in 1999, “Since it was identified as the agent that causes chimpanzee coryza in 1956, and after its subsequent isolation from children with pulmonary disease in Baltimore, USA, respiratory syncytial virus (RSV) had been described as the single most important virus causing acute respiratory-tract infections in children.”

Prior to 1960, influenza and parainfluenza viruses were the primary viruses causing infant respiratory infections. Since that time, the incidence of RSV rapidly increased and today is regarded as the most common cause of lower respiratory tract infections (LRTIs) in young children worldwide, with almost all experiencing their first RSV infection by age two.

In 1961, researchers Lewis and Forbes in Australia isolated viral specimens which corresponded by both clinical presentation and how the virus appeared in tissue cultures to RSV. What is interesting about this article is that the researchers acknowledged a dramatic shift with regard to the etiology of respiratory infection in infants: “In 1960 that pattern changed abruptly with a sudden increase in the number of infants admitted with bronchiolitis and bronchitis and a concomitant increase in children with pneumonia.”

Prior to this time, a diagnosis of bronchiolitis was infrequent, further substantiating RSV as a new entity causing respiratory disease in infants.

What we know from the research on RSV:

In short, the introduction of RSV from monkeys used for the development of polio vaccine in the 1950s resulted in the creation of a new respiratory disease that the World Health Organization (WHO) now estimates results in more than 3 million hospitalizations and nearly 60,000 deaths in children under 5 years of age every year.

This scenario alone provides strong evidence CCV could have jumped species from monkeys to humans, but we also know that the polio vaccines being developed at the time were heavily contaminated with a multitude of monkey viruses that have also been found in polio vaccines and, subsequently, in those who received the polio vaccines.

Could the CCA/ RS virus — and possibly many more — also have been transmitted by polio vaccines to unsuspecting recipients?

The dark side of vaccine failures and injuries

The development of the polio vaccine is often placed at the top of the list of medical triumphs of the 20th century. But often what is not included in the history of vaccine successes is the dark side of vaccine failures and injuries.

According to a review article in published in the Lancet in 2004 about the book, “The Virus and the Vaccine: The True Story of a Cancer-Causing Monkey Virus, Contaminated Polio Vaccine, and the Millions of Americans Exposed,” by the 1960s, scientists were well aware that monkey kidneys were sewers of simian viruses.

In the book, a prominent polio vaccine researcher commented in 1961 that monkey kidneys are loaded with “dormant” viruses waiting to “go on a rampage” after being harvested and used as tissue culture to grow the polio virus.

Few scientists took the time to consider the ability of viruses to jump species, and that these vaccines might also be a huge, inadvertent, uncontrolled experiment in interspecies viral transmission, both from viruses contaminating the vaccine as well as from viruses capable of infecting humans exposed to sick monkeys.