If the agency wants to stop pregnant women and new moms from dying, a good start would be to halt all vaccination during pregnancy and take a cold, hard look at the pharmaceutical pill-pushing and other social-environmental factors that ensnare so many women trying to do right by their babies. 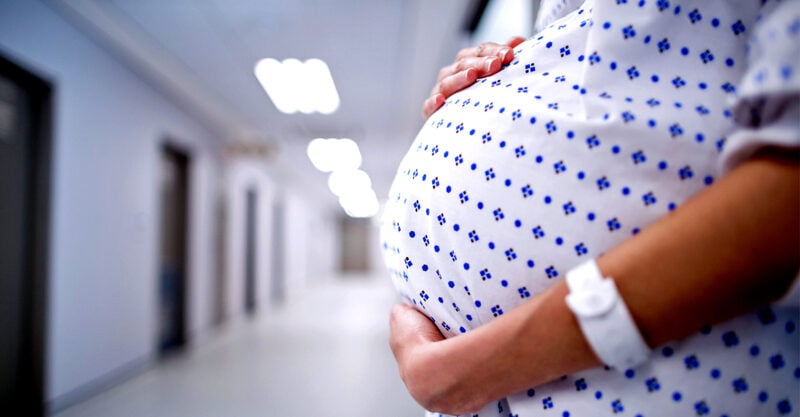 The U.S. has long had the dubious distinction of trailing other wealthy nations in infant and child mortality.

Shamefully, it is not just babies and young children who are at a disadvantage compared to their counterparts in peer nations, but also American moms-to-be and new moms, with the U.S. having the highest maternal mortality rate of any developed country.

In countries like New Zealand, Norway and the Netherlands, there are three or fewer maternal deaths for every 100,000 live births, versus about 17 deaths per 100,000 in the U.S.

America also is the only high-income nation where pregnancy-related deaths have, since 2000, been increasing rather than declining.

“Late” deaths are yet another area in which the U.S. is an outlier compared to its sister nations.

For both the short-term and longer-term measures, the cause may be “any cause related to or aggravated by the pregnancy.”

In lower-income nations, hemorrhage, infections and delivery-related complications are some of the leading contributors to maternal mortality.

But according to a new CDC report, in the U.S., the picture is quite different.

The CDC report analyzed about 1,000 deaths from 36 states for the 2017-2019 period — that is, the time frame before restrictive COVID-19 policies and vaccines introduced new risks.

For white and Hispanic women, it’s the mind

Among non-Hispanic white and, to a lesser extent, Hispanic women, mental health conditions top the list of apparent underlying causes, with the CDC attributing more than a third of pregnancy-related deaths (35%) in the former group to that category and about 1 in 4 deaths (24%) in the latter group.

It should be noted that some researchers believe published data sources on maternal mortality vastly underestimate deaths from suicide and overdose.

Up to 17% of women, according to some sources, experience postpartum anxiety, a fact that long ago prompted experts to flag suicide risks in postpartum women as a “public health priority.”

In 2018, Stanford authors also linked major depression during pregnancy — reportedly experienced by up to 13% of expectant women — to increased risks of “maternal self-harm or suicide.”

However, the go-to “treatments” for postpartum blues — anti-anxiety drugs and antidepressants — are in and of themselves linked to increased suicidality, not to mention being of unproven efficacy.

WebMD, which blithely encourages women experiencing postpartum depression to consider antidepressants, says nothing about suicidality as a potential side effect, merely telling women the drugs “should help you feel more like yourself” and if they don’t, suggesting “a different dosage” or a “combination of medicines.”

Likewise, a 2018 article in HuffPost connected no dots when it told the story of a two-time mom who committed suicide shortly after initiating anti-anxiety medication.

Commenting on the 2021 study, the organization Mad in America noted, “Studies funded by the pharmaceutical industry were far more likely to find lower suicide rates than studies performed by independent researchers,” with non-industry-beholden researchers reporting a doubling of suicide risk in adults taking antidepressants.

An 11-year analysis of prescription medications found a statistically significant association with increased suicide attempts for the anti-anxiety drugs Xanax and Valium — both widely prescribed to new moms and both in the highly addictive benzodiazepine family — as well as for the opioid Vicodin, which combines the narcotic hydrocodone with acetaminophen.

In fact, both depression and suicidal symptoms are potential “side effects” of more than 200 common drugs used by one-fourth to one-third of all Americans — “an important reminder that the drugs a person takes for one health condition may be making them sick in other ways.”

All of these data are left unmentioned when the CDC and other researchers lament substance use disorders as a risk factor for pregnancy-related death.

At best, they pay lip service to the fact that such disorders may involve legal drugs and medications in addition to illicit substances.

Medical sites are equally selective in the facts they choose to emphasize regarding opioid use disorder in pregnant and postpartum women.

For example, few dwell on the hefty incentives that have encouraged providers to widely prescribe opioids for these and other patient groups.

The same study also highlighted the association between chronic opioid (mis)use and depression.

For Black women, it’s the heart

Among non-Hispanic Black women — who are two-and-a-half times more likely to die of pregnancy-related causes than white women — the CDC’s latest findings highlight cardiovascular problems rather than mental health issues as the leading mortality contender.

By the CDC’s accounting, problems ranging from “cardiac and coronary conditions” to cardiomyopathy (heart muscle weakness) to hypertensive disorders of pregnancy (forms of high blood pressure predictive of future heart attacks) to strokes and blood clots are responsible for almost 6 in 10 pregnancy-related deaths (58%) in Black women, with a paltry 7% of deaths attributed to mental health challenges.

Notably, Black women’s heart risks appear to be impervious to socioeconomic status or level of education.

In fact, a Commonwealth Fund report published in late 2020 noted the “startling” fact that education “exacerbates rather than mitigates Black-White differences in maternal deaths,” with college-educated Black mothers being at greater risk of pregnancy-related death than white mothers of any education level.

Many experts profess to be baffled about the root causes or “driving mechanisms” of Black-white cardiovascular disparities.

One factor could be obesity — affecting 57% of Black women versus 40% of white women — but typically, individuals with more education are less likely to be obese, so this can’t completely account for the findings pertaining to college-educated Black women.

Regarding both obesity and related chronic diseases like diabetes, other researchers have speculated that Black Americans “consume significantly more added sugars … than Whites,” noting that diabetes went from being far less to far more common in Blacks versus whites concurrently with the exponential rise in added sugar (and notably, soft drink) intake.

A third factor that has long garnered attention is that of stress and what are referred to as social determinants — “the complexity of factors germane to the environment (that) predisposes people to a burden of cardiovascular disease” — although researchers who vaguely blame “multifactorial” causes ranging from “the individual level to the social environment” have not been particularly helpful in pinpointing meaningful solutions.

Vaccines: an invisible factor affecting both mind and heart

No discussion of threats to the health of pregnant and postpartum women would be complete without noting the alarming loosening of former prohibitions against vaccination during pregnancy.

Vaccine package inserts list nearly 400 possible adverse events — including death and every single “mental health,” cardiac or vascular condition reported by the CDC as an “underlying cause” of pregnancy-related death.

However, the CDC will never investigate the role of this influential variable. On the contrary, the nation’s lead public health agency is the ringleader for vaccination of pregnant women, aggressively recommending inactivated flu shots since around 2006, and Tdap (tetanus-diphtheria-acellular pertussis) vaccines since about 2011, despite an utter lack of data supporting their safety.

By April 2020, three out of five pregnant women (61%) were receiving flu shots and nearly that many (57%) were getting Tdap vaccines, with the CDC celebrating large year-over-year increases in flu shot coverage for non-white women, in particular.

The CDC now also recommends that all pregnant women get COVID-19 shots, and in addition advises five vaccines — hepatitis A and B, meningococcal vaccines (ACWY or B), and polio — either “in some circumstances,” or based on “risk vs. benefit,” or “if otherwise indicated” or “if needed.”

For travel purposes, the CDC gives a thumbs-up to pregnant women for anthrax vaccines (if there is a “high risk of exposure”), rabies (“if otherwise indicated”), typhoid (“if needed”), smallpox (if “post-exposure”) and yellow fever (“if benefit outweighs risk”).

The agency takes an agnostic position (either “no recommendation” or “inadequate data for specific recommendation”) on the PCV13, PPSV23 and zoster vaccines, which leaves only four vaccines — human papillomavirus (HPV), live influenza, measles-mumps-rubella (MMR) and varicella (chickenpox) — that the CDC either does not recommend or considers “contraindicated” for pregnant women.

When the CDC and other public health officials opened the floodgates to vaccination of pregnant women — a group historically considered to require heightened research protections — it was clear they were turning a blind eye to known risks to the developing fetus, including miscarriage, subsequent neurodevelopmental disorders arising from an inflammatory response called “maternal immune activation,” birth defects and preterm delivery.

But it was with the rushed authorization of COVID-19 vaccines for pregnant women — “based on [an] unreviewed study [and] unverifiable data” — that public health and government hypocrisy with regard to pregnant women came under the brightest spotlight.

As thousands, if not millions, of women and their babies suffer serious adverse events from the COVID-19 jabs, the CDC’s crocodile tears about 1,000 or so pregnancy-related deaths over a three-year period are hard to take seriously.

If the agency wants to stop pregnant women and new moms from dying, a good start would be to halt all vaccination during pregnancy and take a cold, hard look at the pharmaceutical pill-pushing and other social-environmental factors that ensnare so many women trying to do right by their babies.