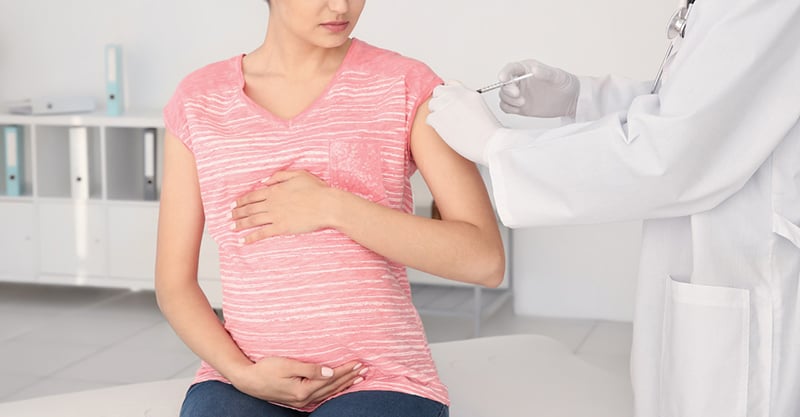 Prenatal Vaccination as a Risk Factor for ASD

The prevalence of autism spectrum disorders (ASDs) in the U.S. has exhibited a strong upward trend for several decades. In the most recent Centers for Disease Control and Prevention (CDC) report for 2014, the estimated prevalence of autism in New Jersey—the state with the longest-running and most comprehensive surveillance—was 1 in 22 boys, up an alarming 32% since 2008. The CDC report concluded, “With prevalence of ASD reaching nearly 3% in some communities and representing an increase of 150% since 2000, ASD is an urgent public health concern that could benefit from enhanced strategies…to determine possible risk factors.”

In light of the urgent need to address modifiable risk factors, it makes sense to pay attention to some of the environmental exposures acknowledged to play a large role in autism causation, including exposures during pregnancy. Evidence suggests that prenatal environmental exposures “can exert causal influences on developmental disorders” by adversely affecting emerging brain connectivity and neural networks. A key model buttressing this branch of research, described as maternal immune activation (MIA), posits that activation of a pregnant woman’s immune system “can alter the growth of cells in the fetal brain.” The sex-specific neurochemical and behavioral abnormalities that result in offspring are the hallmarks of prevalent disorders such as schizophrenia and autism.

What activates the maternal immune system?

Studies of MIA have repeatedly indicated that it is the “reaction to infection” (the maternal immune response) “rather than infection itself” (in the fetus) that is responsible for the observed autism-related symptoms. This is because MIA increases the presence of certain proinflammatory molecules called cytokines in the fetal environment and fetal brain. (Cytokines are cell-signaling proteins that regulate a range of biological functions, including immune and inflammatory responses.) When this happens, “MIA sets in motion a self-perpetuating cycle of subacute inflammation in the brain that not only affects neural development, but also acutely influences ongoing postnatal behavior.”

Granting that maternal immune dysfunction in the prenatal period is a “viable” and widespread risk factor contributing to the neurodevelopmental deficits observed in ASD, a logical next step involves considering what may be skewing the maternal immune response to begin with. Researchers have identified several factors capable of prompting maternal immune activation. The initial and formative research on MIA and autism focused primarily on prenatal exposure to viral or bacterial pathogens such as influenza or pneumonia. In animal studies of MIA, researchers typically challenge maternal immune systems by injecting pregnant rats or other animals with an “immunogenic” substance that simulates viral or bacterial infection. The response in animals to the injected immune-activating chemicals is identical to the human immune response to actual infection. In animal models, MIA has been shown to induce dysregulation of both the placental and blood-brain barriers.

Other research suggests that maternal autoimmune conditions may increase the risk of ASD in offspring. For example, a study published in the Journal of the American Medical Association (JAMA) reported elevated ASD risks in the offspring of mothers with either type 1 diabetes, type 2 diabetes or gestational diabetes (compared with no diabetes), if diagnosed by 26 weeks’ gestation. The authors linked the heightened ASD risk to “the severity of maternal diabetes and the timing of exposure (early vs late in pregnancy).” In addition, MIA may serve as a “disease primer” that increases ASD risks in offspring where maternal autoimmune disorders already are present.

A recent Harvard commentary, titled “Beyond infection: maternal immune activation by environmental factors,” summarizes a third strand of research focused on environmental toxins. Although the Harvard authors do not say so, vaccination during pregnancy is a key environmental factor that must be examined. Public health researchers admitted this in 2016 when they stated:

“Vaccines contain carriers and adjuvants (e.g., aluminum), each of which could possibly cause toxicity, and the active ingredient is an immune trigger that, itself, may be deleterious for the developing nervous system” [emphasis added].

As pointed out in an article by Children’s Health Defense board member JB Handley, the researcher who fleshed out the hypothesis linking MIA to autism (Dr. Paul Patterson) considered the immune activation risks of prenatal vaccination back in 2006—the same year that the CDC began to more aggressively promote influenza vaccination in pregnant women. At the time, Dr. Patterson observed that because the very “point” of vaccination is to activate the immune system, “universal vaccination of pregnant women could get us into a whole new set of problems.” Two years later, in 2008, Dr. Patterson warned, “If you…vaccinate everybody, then what is going to happen? Researchers cannot yet predict how often a prenatal immune response might lead to fetal brain damage, but even if it happens less than 1% of the time, vaccinating an entire population of pregnant women could affect thousands of children.” Patterson also remarked that the CDC had not considered these risks.

In 2017, a study in JAMA Pediatrics tied the two sets of results together, showing an elevated risk of birth defects and autism in the offspring of mothers who received influenza vaccines during pregnancy.

Dr. Patterson’s warnings were accurate, if not prophetic, given that ensuing studies have begun connecting the dots between vaccination, MIA and autism. For example, a 2011 study measured an increase in two inflammatory markers—C-reactive protein (CRP) and tumor necrosis factor-alpha (one of the proinflammatory cytokines associated, in some studies, with MIA)—in pregnant women within two days of receiving a seasonal flu vaccine. Although the researchers dismissed the vaccination-induced inflammatory response as “mild,” there is actually good reason to be alarmed by their findings. A 2014 study of 1.2 million pregnant women found that elevations in CRP (one of the markers of inflammation that increased after influenza vaccination) were associated with a 43% greater risk of having a child with autism. Another study in the same year showed a similar relationship between elevated CRP and schizophrenia. In 2017, a study in JAMA Pediatrics tied the two sets of results together, showing an elevated risk of birth defects and autism in the offspring of mothers who received influenza vaccines during pregnancy.

Glossing over the connections

Ironically, pharmaceutical companies appear quite willing to acknowledge infection-induced maternal immune activation. This is likely because maternal infection risks furnish a tidy rationale for maintaining existing vaccine recommendations for pregnant women as well as developing additional vaccines and drugs. Thus, when employees of Roche (the Swiss pharmaceutical giant) published a review of “maternal immune activation and abnormal brain development across [central nervous system] disorders” in 2014, they complacently noted that “vaccination against influenza is already recommended…owing to the risks associated with infection during pregnancy.” Although the authors then tried to dismiss the notion of vaccination-induced MIA, they showed (perhaps inadvertently) that the available data are inadequate to assess this question:

“The existing safety data regarding maternal vaccination during pregnancy mainly focuses on maternal outcomes, and on early fetal and infant development; long-term follow-up data on the incidence of neurodevelopmental disorders in the offspring of mothers vaccinated during pregnancy is scant. At issue…is whether the mother’s immune response to vaccination might cause an MIA response of its own accord…” [emphasis added].

In the U.S., the CDC appears equally unlikely to explore prenatal vaccination as a potentially critical trigger for MIA and subsequent neurodevelopmental disorders, even though federal agencies once took the position that it was important to thoroughly assess reproductive and developmental toxicity before licensing a vaccine for use during pregnancy. Now—without having conducted any of the studies necessary for a rigorous assessment—the CDC simply states that “risk to a developing fetus from vaccination of the mother during pregnancy is theoretical.” In fact, in addition to its promotion of the influenza vaccine during pregnancy, the CDC recommends that all pregnant women get the Tdap (tetanus-diphtheria-acellular pertussis) vaccine (for each pregnancy) and also leaves the door open for up to six additional prenatal vaccines (see table).

Pregnant women cannot trust pharmaceutical companies and regulators with such important decisions. With the accumulated research on the developmental neurotoxicity of heavy metals, there can be little doubt that ingredients such as thimerosal in flu shots and aluminum in the Tdap vaccine will never be a good thing for a growing fetus. But toxins aside, the maternal immune activation caused by the vaccines themselves can cause devastating consequences for babies, both in utero and after birth. As neuroscientists at the University of California-Davis have pointed out, central nervous system disorders in offspring “often do not appear for many years after birth and appear to be influenced by postnatal risk factors that synergize with genetic and prenatal risk to act as ‘second hits.’” They add that even “subthreshold MIA” can increase the likelihood that environmental risk factors will adversely affect offspring. It behooves women, therefore, to exercise extreme caution about incurring any initial vaccination-related “hits” during pregnancy.