Woman With ‘Life-Altering’ Injuries After COVID Vaccine Teams Up With U.S. Senators to Demand Answers

Brianne Dressen, who accumulated more than $250,000 in medical bills after participating in AstraZeneca’s COVID vaccine clinical trial, is collaborating with two U.S. Senators to get help for others injured by COVID vaccines. 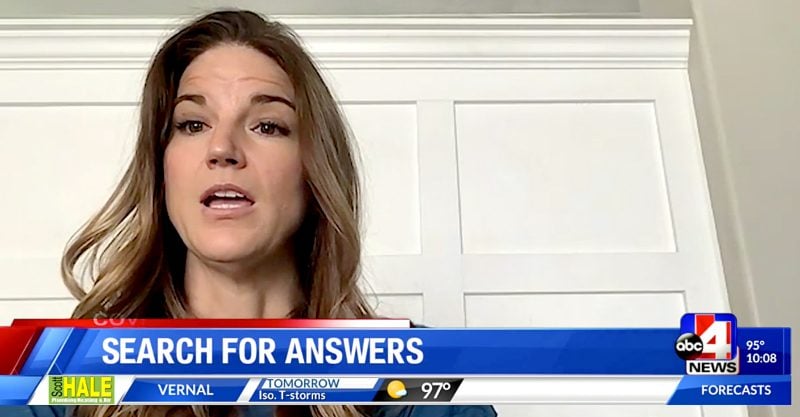 A Utah woman and two U.S. senators are teaming up to get answers from federal health agencies about life-altering injuries people have experienced after receiving a COVID vaccine.

Brianne Dressen is a preschool teacher from Utah who was injured after participating in AstraZeneca’s COVID vaccine clinical trial in November 2020. She has accumulated more than $250,000 in medical bills as a result of injuries she believes were caused by the vaccine.

Dressen said within one hour of being vaccinated she had tingling down her arm. By the time she got home her vision was blurry and doubled. Her sensitivity became so severe that she had to wear earmuffs and sunglasses all the time.

That’s when things took a turn for the worse. “Things progressed quickly,” Dressen said. She experienced neurological decline, but no one could explain why. After a neurological scan, doctors said it looked as if she had multiple sclerosis (MS).

According to Mayo Clinic, MS is a potentially disabling disease of the brain and spinal cord where the immune system attacks the protective sheath (myelin) that covers nerve fibers and causes communication problems between the brain and the rest of the body.

Dressen lost the use of her legs, as her symptoms worsened. After running several MRI’s, CT scans and lumbar punctures, doctors still had no answers, ABC4 News reported.

Dressen said she spent months teaching herself how to walk, eat and form sentences again — all while she traveled in search of answers.

Dressen spoke with others who are dealing with the same symptoms after getting vaccinated, and she wants people injured by COVID vaccines to get help.

“I want the CDC to do the right thing and communicate with the medical community so these people can get help,” Dressen said. “I want the public to be able to have the full picture so they can make an informed decision.”

Dressen, along with other people who said they were injured by vaccines but “repeatedly ignored” by the medical community, participated late last month in a news conference held by Sen. Ron Johnson (R-Wis.).

Following the news conference, Johnson and Utah Sen. Mike Lee wrote a letter to the Centers for Disease Control and Prevention (CDC) and U.S. Food and Drug Administration (FDA) stating the agencies had ignored requests for assistance and answers from families injured by COVID vaccines.

“The very existence of these infirmities is financially, physically and emotionally debilitating for the afflicted individuals and their families. These individuals have previously expressed to both CDC Director Walensky and Food and Drug Administration Acting Commissioner Woodcock that they desire answers and assistance. Thus far, their requests have been ignored or gone without a substantive response.”

“If any of the COVID-19 vaccines truly cause adverse events of the severity noted above, even in a small percentage of cases, these risks must be disclosed, particularly to the medical community so that healthcare professionals are properly informed and may provide necessary treatment, care, and information to the general public as they weigh the risks and benefits of being vaccinated,” the Senators wrote.

Lee and Johnson asked whether the CDC is working with physicians and researchers at the FDA, National Institutes of Health or other medical research bodies to provide the various individuals who experienced adverse effects vaccine treatment and care.

As The Defender reported July 8, people facing huge medical bills after being injured by a COVID vaccine have few options beyond what their own health insurance covers, because a federal law shields vaccine makers from liability.

As The Defender reported July 1, since the CICP program’s inception in 2010, only 29 claims have been paid, with an average payout of around $200,000. The other 452 claims (91.4%) were denied. Ten claims won approval but were deemed ineligible for compensation.

HHS forced to post data related to the CICP

HHS last month agreed to post data related to the CICP, thanks to an investigation by Atlanta television news station, 11Alive, an affiliate of WXIA-TV.

For nine months, 11Alive’s investigative team reported on the lack of transparency within the CICP. Last month, the government released data on the CICP requested by 11Alive and agreed to make the data available to the public.

As of July 1, the CICP reported 1,165 claims filed. According to its website, the CICP has not compensated any COVID-19 claims. Two COVID-related claims were denied because the applicant couldn’t prove the countermeasure caused their injury. One claim was associated with intubation, the other the vaccine. Almost all of the claims are still waiting to be medically reviewed.

“I think people sometimes have a distrust in government and people think that the government is hiding things from them when they’re not being transparent,” said Melissa Wasser with Project on Government Oversight. “The public has a right to know this information, especially with all of the government resources being used.”

Under the CICP program, attorney fees are not covered. There is no court, judge or right to appeal. Those who believe they’ve suffered an injury from a COVID vaccine only have one year from the date of injury to file a claim.