More countries are restricting AstraZeneca’s COVID vaccine as reports of blood clots mount and a new study in The BMJ linked the vaccine to a higher-than-expected risk of blood clots. 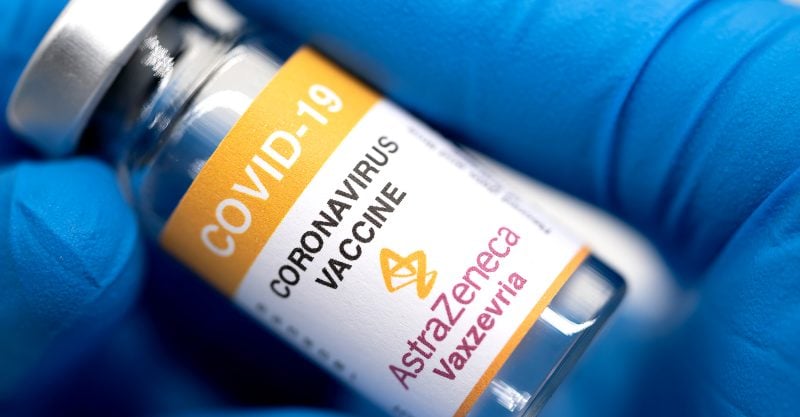 More countries are restricting AstraZeneca’s COVID vaccine as reports of blood clots mount, and a new study published in The BMJ linked the vaccine to a higher-than-expected risk of blood clots.

Brazil’s federal government on Tuesday suspended AstraZeneca’s vaccine for pregnant women after an expectant mother in Rio de Janeiro died from a stroke possibly related to the vaccine, Reuters reported. The 35-year-old woman, who was 23 weeks pregnant, died of a hemorrhagic stroke on Monday after checking into a hospital five days earlier.

The country’s federal health regulator, Anvisa, said in a statement the use of AstraZeneca’s COVID shot by pregnant women should be “immediately suspended” as authorities investigate the reported death.

“The serious adverse event of a hemorrhagic stroke was assessed as possibly related to the use of the vaccine given to the pregnant woman,” Anvisa said.

Franciele Francinato, coordinator of the Health Ministry’s vaccination program, told reporters the suspension was enacted as a precautionary measure after health regulator Anvisa issued a warning about the vaccine’s use in pregnant women.

AstraZeneca said in a statement pregnant women and those breastfeeding were excluded from clinical trials of its COVID vaccine, though animal studies did not produce evidence of harm regarding pregnancy or fetal development.

New research published in The BMJ confirmed evidence of blood clotting and found a small risk after receiving just one dose of AstraZeneca’s vaccine.

Researchers investigated the likelihood of blood clotting events for 282,572 people in Denmark and Norway. Using data from healthcare registries, they reviewed information on people 18 to 65 years old who received their first dose of AstraZeneca between Feb. 9 and March 11.

About 83 arterial events were found with a morbidity ratio of 0.97. Of the 83 events, researchers observed increases in intracerebral hemorrhages. This was estimated to occur 1.7 times for every 100,000 vaccinations.

The team expected to find 30 venous thromboembolic events, but found 59 with a morbidity ratio of 1.97. About 11 excess events were estimated to occur for every 100,000 vaccinations. There was also a small increased risk of pulmonary embolism, lower limb venous thrombosis and other venous thrombosis.

Researchers found 2.5 events of blood clotting in the brain for every 100,000 vaccinations, and the morbidity ratio was estimated to be 20.25 after observing seven instances of cerebral venous thrombosis, according to the study.

Of the entire vaccinated cohort, there were 15 deaths in the general population. Researchers concluded that blood clotting is a very rare side effect, but the benefits of vaccination continue to outweigh the risks.

“Our study provides evidence of an excess rate of venous thromboembolism, including cerebral venous thrombosis, among recipients of the Oxford AstraZeneca COVID-19 vaccine ChAdOx1-S within 28 days of the first dose. The absolute risks of these events were, however, small,” researchers said.

Norway will not use AstraZeneca or J&J vaccines

Norway announced Tuesday it will not resume use of the AstraZeneca vaccine due to concerns of rare blood clots reported in some patients after their first dose, Reuters reported, citing local newspaper VG.

An expert committee recommended Tuesday that AstraZeneca & J&J’s vaccine be dropped from Norway’s vaccination program. The committee, set up by Norwegian government, conducted a comprehensive risk assessment of the two vaccines.

“We do not recommend that the vaccines be used in the national vaccination program due to the serious side effects that have been seen,” chair of the expert committee, Lars Vorland, said at a government press conference.

AstraZeneca was suspended March 11 due to suspected severe side effects, including blood clots. The Norwegian Institute of Public Health urged April 15 that the shot be dropped entirely, but the government sought the advice of its commission on both the AstraZeneca and J&J vaccines. Norway hasn’t used the J&J vaccine, despite its approval by the European Medicines Agency (EMA).

The commission said eight cases of severe clotting in Norway had been linked to AstraZeneca’s vaccine, and four of those recipients died.

Denmark was the first country in Europe to officially drop AstraZeneca and J&J’s vaccines due to the risk of blood clots, but many countries have restricted use of the shot in certain age groups.

The EMA and World Health Organization recommend the continued use of both vaccines despite the risks of blood clots, arguing the benefits far outweigh the associated risks.

The country of Slovakia announced Tuesday it was suspending AstraZeneca’s vaccine for first-time vaccinations. The decision came after the country’s State Institute for Drug Control (ŠÚKL) ruled the death of a 47-year-old woman was likely connected to the shot.

In a statement issued Friday, ŠÚKL said it determined the cause of death to be related to cerebral venous sinus thrombosis (CVST), a blood-clotting disorder where clots form in the veins that drain blood from the brain.

“Genetic examination also revealed blood-clotting disorders in the patient,” the regulator said. “Due to the existence of a genetic predisposition to a thrombophilic state, an association between [the AstraZeneca jab] and subsequent venous sinus thrombosis was established as likely,” it added.

Those who already received one dose will receive a second dose of the vaccine, but those who have not been vaccinated will receive an alternative.

The Canadian provinces of Alberta and Ontario said Tuesday they will stop offering first doses of AstraZeneca’s vaccine, with Ontario citing evidence the risk of rare blood clots was higher than previously estimated.

Dr. David Williams, chief medical officer of health, said Tuesday the province made the decision out of an abundance of caution and due to an increase in cases of Vaccine-Induced Immune Thrombotic Thrombocytopenia (VITT) — a rare, potentially fatal blood clotting syndrome linked to the AstraZeneca vaccine.

Ontario’s government will review data to consider whether to use AstraZeneca’s vaccine for second doses, while preparing guidance for people who have already received their first dose.

People under the age of 40 are to be offered an alternative to AstraZeneca after the UK Joint Committee on Vaccination and Immunisation warned of a small risk of people suffering blood clots.

The UK’s Medicines and Healthcare Products Regulatory Agency continued to emphasize that for the vast majority of people, “the benefits of preventing serious illness and death far outweigh any risks.”

EU will not renew contract with AstraZeneca

The EU announced it has not renewed orders for AstraZeneca’s vaccine since June 2020, and made a deal to buy up to 1.8 billion doses of Pfizer-BioNTech’s vaccine.

The commission last month launched legal action against AstraZeneca for not fulfilling its contract to supply COVID vaccines and for not having a “reliable” plan to ensure timely deliveries.

Europe’s medicines regulator said May 10 it was reviewing reports of a rare nerve-degenerating disorder, known as Guillain–Barré Syndrome, in people who received AstraZeneca. The move came after the EMA confirmed a possible link last month between J&J and AstraZeneca vaccines and rare blood clots.