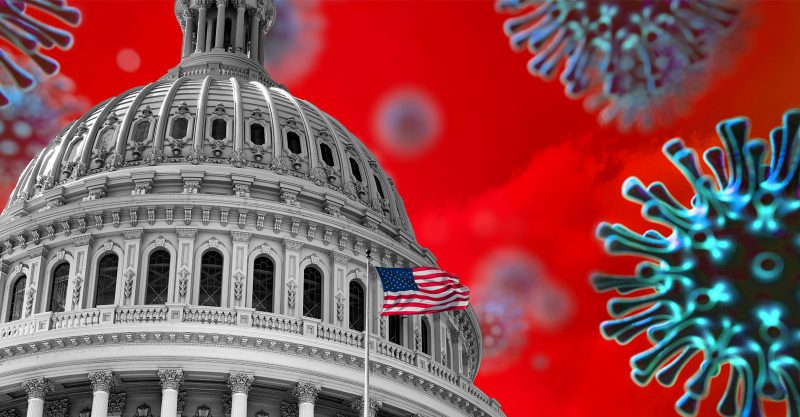 In a Senate Health Committee hearing Tuesday, Sen. Richard Burr (R-N.C.), the ranking Republican, blasted the Biden administration for failing to coordinate policy on testing, boosters and quarantine recommendations, even as medical and legal experts questioned the legitimacy of Biden’s COVID vaccine mandates.

“This administration has time and again squandered its opportunities and made things worse in the decisions you’ve made on testing and treatments and most crucially in communicating with the American people,” Burr said.

“I’m hoping that you’ll understand that my criticism comes from a place of concern,” he added, “because your communication efforts are a mess and have only made things worse.”

Burr called the rollout of boosters a “disaster” and said the recent update of information about quarantine periods left people “confused.”

Burr also complained of unclear messaging regarding quarantines from Dr. Anthony Fauci and Dr. Rochelle Walensky, director of the Centers for Disease Control and Prevention (CDC).

In late December, the CDC shortened the time for self-quarantining from 14 to 10 days. Fauci suggested a negative COVID test might be required to end this shorter quarantine, but Walensky did not agree, stating only that people should test and/or continue to quarantine only if they still felt ill.

This decision comes despite mounting evidence vaccination itself has little to no effect on transmission of the Omicron variant.

“As of Jan. 1, Omicron represented more than 95% of U.S. COVID cases, according to estimates from the Centers for Disease Control and Prevention. Because some of Omicron’s 50 mutations are known to evade antibody protection, because more than 30 of those mutations are to the spike protein used as an immunogen by the existing vaccines, and because there have been mass Omicron outbreaks in heavily vaccinated populations, scientists are highly uncertain the existing vaccines can stop it from spreading.”

The scientific basis for the administration’s vaccine mandate policies are now obsolete, according to Montagnier and his co-author, Jed Rubenfeld, a constitutional scholar, since the legal standard can no longer be met.

That standard, enunciated by the U.S. Supreme Court in Jacobson v. Massachusetts (1905), establishes that the right to refuse medical treatment can be overcome only if society needs to curb the spread of a contagious epidemic.

For Omicron, said the authors, “there is as yet no such evidence” the vaccines curb the spread.

There’s a reason CNN’s @jaketapper is intent on branding me a “menace” and “a liar,” and why he refuses to debate me on the merits of facts and scientific evidence. Here’s the back story.https://t.co/saP2FMTra2