The Centers for Disease Control and Prevention is leaving it to state health departments to investigate deaths reported following COVID vaccines, including the June 2021 death of 13-year-old Jacob Clynick who died of myocarditis three days after his second Pfizer shot. 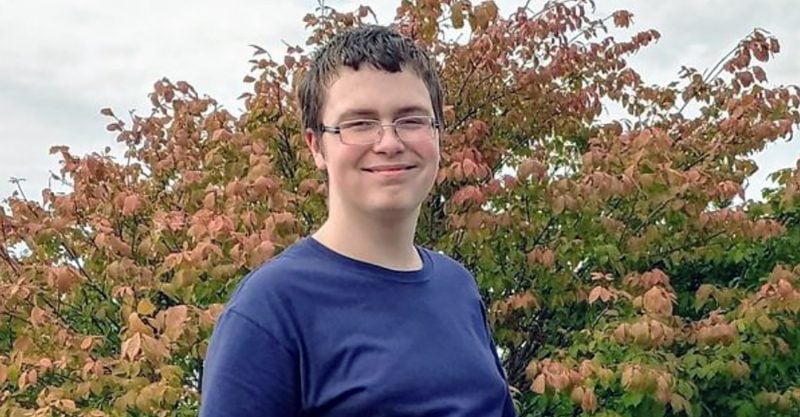 The Centers for Disease Control and Prevention (CDC) is not investigating the death of a 13-year-old Michigan boy who died June 16, 2021, of myocarditis three days after his second dose of Pfizer’s COVID vaccine, emails obtained by Judicial Watch confirmed.

Judicial Watch on Wednesday announced it obtained 314 pages of records from the CDC, including communications from Director Dr. Rochelle Walensky showing a request for information about the death of Jacob Clynick.

The teen’s death was not acknowledged by CDC officials in presentations on myocarditis or vaccine safety during meetings held by the agency’s vaccine safety advisory panel, the Advisory Committee on Immunization and Practices (ACIP), which makes clinical recommendations for use of COVID vaccines in children.

According to the records, Walensky, on June 28, 2021, forwarded a Washington Times article, “CDC reportedly probing Michigan teen’s death after COVID-19 vaccination,” to her subordinates, asking, “Any details on this?”

The article said federal health officials were investigating the case of a Michigan teen who died three days after receiving his second dose of a COVID vaccine. The Saginaw (Michigan) County Health Department said the investigation into whether the death was related to the vaccine was at the “federal level,” referring to the CDC.

“The case had been reported to VAERS [Vaccine Adverse Event Reporting System]. CDC has spoken with ME [Medical Examiner], but we are following protocol for f/u [follow-up] re the case. Additionally, CDC remains in contact with MI to assist in the investigation.”

VAERS is the primary government-funded system for reporting adverse vaccine reactions in the U.S. The database is co-managed by the CDC and U.S. Food and Drug Administration.

Jennifer Layden, a CDC official, followed up later that day by email (see page 2) and confirmed the boy’s case had been reported to VAERS and that an investigation was proceeding, but said the CDC was not “actively involved in this investigation” as all deaths following COVID vaccines are “investigated at the state level.”

“From safety team: CDC is not actively involved in this investigation (i.e., [Infectious Diseases Pathology Branch] examining specimens). We have made contact with the state health department and the pathologist who did the autopsy and are in touch to maintain situational awareness.

“The initial report is in VAERS and we will receive the final autopsy report when it is complete. I can’t speak to how the reporter got his/her information and came to his/her conclusions, but this is being investigated at the state level, as are all deaths. The autopsy was completed when we contacted the state health department and no request for CDC assistance has been made.”

Layden confirmed the patient was a 13-year-old male — with no notable medical history — who was found unresponsive just two days after receiving a COVID vaccine. “Aside from a fever, he was in his usual state of health prior to his demise,” Layden wrote.

Layden said an autopsy was performed but the results and final report were still pending, noting “the pathologist indicated there appeared to be bilateral ventricular enlargement and histology consistent with myocarditis,” but the findings were just “preliminary.”

Layden said the CDC and state health department were in communication about the case, but it was still under investigation.

According to Judicial Watch, a non-partisan educational foundation that promotes transparency, accountability and integrity in government, politics and the law, the records were obtained in response to a Freedom of Information Act (FOIA) request sent on Sept. 9, 2021, for “All emails sent to and from CDC Director Rochelle Walensky referencing the terms ‘Antibody-Dependent Enhancement’, ‘ADE’ (when used to represent Antibody-Dependent Enhancement), ‘pathological priming’, ‘pre-priming’, ‘paradoxical immune enhancement’, and/or ‘disease enhancement’.”

“The American people have a right to know as much as possible about the safety of the COVID vaccines,” said Judicial Watch President Tom Fitton. “The CDC needs to be more transparent about its investigations of COVID vaccine adverse events, including deaths, reported on VAERS.”

According to CDC officials during a Jan. 5 meeting of the ACIP, the most frequently reported adverse event among children and adolescents ages 12 to 15 following Pfizer’s COVID vaccine was myocarditis.

The agency said cases of myocarditis are “mostly mild,” The Washington Post reported.

CDC official Dr. J. Su, in an update on COVID vaccine safety using the VAERS database, acknowledged 265 reports of heart inflammation, including 251 hospitalizations, in the 12 to 15 age group that met the agency’s case definition of myocarditis.

Of the 251 hospitalizations, Su said 224 cases had known outcomes, including 208 who had recovered from symptoms at the time of the report and 16 cases that had “mostly reported improved, or resolved symptoms but ongoing physical restrictions or still under investigation.”

There was no mention of the 13-year-old’s death during the meeting, which was held to discuss whether boosters should be recommended for children 12 to 15 years of age.

There also was no mention of the boy’s death during previous meetings when CDC officials presented data on myocarditis to the ACIP, which was used by medical and public health experts on the panel to develop recommendations on the use of COVID vaccines in children.

As The Defender reported on June 24, 2021, Clynick died after receiving his second dose of Pfizer’s COVID vaccine. The autopsy indicated that following his vaccination, Clynick’s heart became enlarged and was surrounded by fluid — symptoms similar to those documented in other teen boys who experienced myocarditis following COVID vaccination.

“A wk ago today my brother’s 13-yr-old son had his 2nd covid shot. Less than 3 days later he died. The initial autopsy results were that his heart was enlarged + there was some fluid surrounding it. He had no known health problems. Was on no medications.”https://t.co/gwapruSEP5

On June 20, Clynick’s aunt, Tami Burages, posted a tweet with a photo of her nephew’s vaccination card and this statement (she has since removed the tweet):

“A week ago today my brother’s 13-year-old son had his 2nd covid shot. Less than 3 days later he died. The initial autopsy results (done Friday) were that his heart was enlarged and there was some fluid surrounding it. He had no known health problems. Was on no medications.”

Burages also issued a plea to the CDC, now deleted, calling on the agency to investigate the death:

“The @CDCgov needs to investigate this. There have been other cases of myocarditis in young men receiving their 2nd @pfizer shot. Have others died from it in the United States or is my nephew the first?

“Should any innocent child be a sacrificial lamb in this endeavor? There are moral, ethical and health questions that need to be answered. If Jacob had not received the 2nd shot, we believe he would be alive today.”

On July 6, 2021, one week after the email exchange with Walensky obtained by Judicial Watch, CDC spokesperson Martha Sharan issued the following statement about the Michigan boy’s death:

“CDC is aware of a 13-year-old boy in Michigan who died after receiving a COVID-19 vaccination. This case is currently under investigation and until the investigation is complete, it is premature to assign a specific cause of death. When a serious adverse event, like death, is reported to the Vaccine Adverse Event Reporting System (VAERS) after COVID-19 vaccination, CDC requests and reviews all medical records associated with the case, including death certificates, and autopsy reports.

“The determination of the cause of death is done by the certifying official who completes the death certificate or the pathologist who conducts the autopsy. VAERS is not designed to determine if the vaccine caused the reported adverse event. While some reported adverse events may be caused by vaccination, others are not and may have occurred coincidentally.”

Mid-Michigan NOW asked the CDC when the exact cause of death of the 13-year-old would be revealed and the CDC provided the following response:

“Normally when CDC meets with the Advisory Committee on Immunization Practices (the next scheduled meeting will be posted here: https://www.cdc.gov/vaccines/acip/index.html it reports its findings, in a summary fashion, not by individual cases; CDC will also be publishing a paper in MMWR on myocarditis. I don’t have a target date for that paper yet.

“This website is also updated with new information on several conditions that CDC is closely monitoring, like anaphylaxis, thrombosis with thrombocytopenia and myocarditis: https://www.cdc.gov/coronavirus/2019-ncov/vaccines/safety/adverse-events.html”

On March 8, 2021, The Defender contacted the CDC for information on how the agency is investigating reports of deaths and injuries after COVID vaccines.

We provided a written list of questions asking the status of investigations on deaths reported in the media, if autopsies were being done, the standard for determining whether an injury is causally connected to a vaccine and the known issues with VAERS.

The CDC never provided answers to our questions after repeated promises our inquiry had been assigned to a team who would provide a response.

According to the most recent VAERS data, there have been 25,802 reports of adverse events in 12- to 17-year-olds, including 579 reports of myocarditis and pericarditis. Of the 579 reports, 568 cases were attributed to Pfizer’s vaccine — the only vaccine authorized for use in this age group.

There have been 34 reported deaths in the U.S. among 12- to 17-year-olds following COVID vaccines. Reports submitted to VAERS require further investigation before a causal relationship can be confirmed.