In a recent interview with UnHerd, Australian Hayley Hodgson, who never tested positive for COVID, recounted her experience during her “14-day sentence” at the controversial Howard Springs COVID quarantine facility. 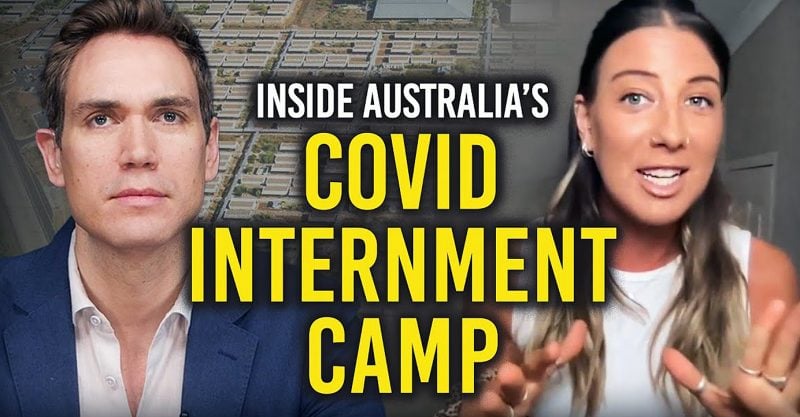 An Australian woman who never tested positive for COVID was detained for 14 days in Howard Springs, an Australian quarantine facility.

Australia has some of the longest and strictest COVID lockdown policies and travel restrictions in the world. The country constructed “quarantine camps,” facilities where people who test positive for COVID, or come in contact with someone who tested positive, are confined.

According to Freddie Sayers, journalist at UnHerd, Australia has become a “case study for what happens when a country will do anything to keep COVID numbers low.”

Sayers interviewed Hayley Hodgson, 26, who was recently released from her detention at Howard Springs.

Hodgson told Sayers police tracked down everyone who came in contact with a friend of hers who tested positive for COVID. They captured Hodgson’s license plate using traffic cameras, and sent two undercover officers to her door.

Police didn’t give Hodgson the option to test for COVID, but instead forced her into the camp under the threat of a $5,000 fine. She ultimately tested negative three times, but was still detained for the 14-day period.

Hodgson provided video of an incident from her detainment, where she received a warning and again threats of a $5,000 fine for leaving the balcony of her dormitory-style living quarters.

The video showed the facility worker telling her, “Whether it makes no sense, or doesn’t seem right to you, that’s what the law is.”

According to Hodgson, her requests to leave her dormitory for a masked walk or run were denied multiple times. Instead, she was offered Valium, a strong sedative, to calm her down and reduce her anxiety and desire for physical activity.

“I never had COVID and I was treated literally like a criminal,” she said.

Children’s Health Defense and Reignite Democracy Australia called on leaders throughout the world on Dec. 4 to participate in “SOS from Australia,” an event aimed at denouncing the undemocratic restrictions imposed on the citizens of Australia.