Biden Seeks $22.5 Billion for ‘Boosters for All,’ as Some Lawmakers Push Back

White House officials Monday said Congress must allocate another $22.5 billion in COVID pandemic relief to avoid imminent cuts to treatment and vaccine availability, but some key Republicans said they want a fuller accounting of the trillions of dollars the administration has already spent on the coronavirus response. 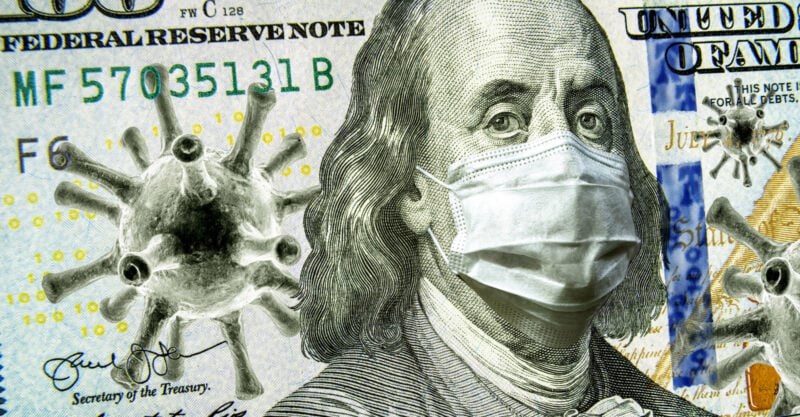 The request came despite pandemic relief payments of almost $178 billion made directly to healthcare providers since March 2020.

“Right now, we don’t have enough money for fourth [COVID vaccine] doses, if they’re called for,” said Jeff Zients, White House coronavirus coordinator during an episode of “In The Bubble With Andy Slavitt,” recorded Monday and shared with The Washington Post.

“We don’t have the funding,” said Zients, “if we were to need a variant-specific vaccine in the future.”

According to the statement:

The statement asked Congress for an additional $22.5 billion in emergency funds to sustain these efforts as lawmakers continue to debate new pandemic relief legislation.

The Provider Relief Fund — created in March 2020 through the Coronavirus Aid, Relief, and Economic Security Act — initially allocated $100 billion to reimburse healthcare providers for increased expenses and decreased revenue due to the pandemic. An additional $78 billion was added through later legislation.

The U.S. Department of Health and Human Services (HHS) made payments to providers in phases. HHS most recently announced it distributed $413 million in a fourth round of phase-four payments to more than 3,600 providers nationwide.

Since November, HHS has distributed nearly $12 billion in relief funds to more than 82,000 providers as part of phase four, which focuses on reimbursing smaller providers.

Though the Biden administration lacks the funds to provide a fourth coronavirus vaccine dose for everyone, federal officials secured enough doses to cover a fourth shot for Americans 65 years and older as well as the initial regimen for children under 5, should regulators determine those shots are necessary, three officials told the Post on the condition of anonymity.

But the officials said they cannot place advance orders for additional vaccine doses for those in other age groups unless Congress passes a stalled $15-billion funding package.

Jen Kates, Ph.D., an analyst at Kaiser Family Foundation, told the Post the U.S. would need to purchase hundreds of millions of additional doses to ensure that every American could receive four shots, if necessary.

Kates said her team reviewed several alternate scenarios, such as lowering its projection to 70% of Americans who would be vaccinated with four doses, rather than 100%.

Even with that lower target, “there’s not enough” doses already purchased, Kates said, adding that a full analysis would be published later this week.

About 65% of Americans, or roughly 217 million people, are considered “fully vaccinated” by the Centers for Disease Control and Prevention (CDC). About 200 million of those people have received two doses of the mRNA vaccines produced by Pfizer-BioNTech or Moderna.

Meanwhile, roughly 97 million Americans have received a booster shot, which is about 29% of the U.S. population, according to the CDC.

Kates did not offer a projected demand based on the current booster demand of 29% — a demand that may be even lower with a fourth shot, as reports show “booster fatigue” setting in for many Americans.

“Dropping of local vaccine mandates and the end of the omicron surge are likely contributing to a stalling out in first-time vaccines and boosters,” said John Brownstein, Ph.D., an epidemiologist at Boston Children’s Hospital. “At this point, there are not many tools left in the toolbox to encourage people to be up to date.”

An Israeli study in The New England Journal of Medicine demonstrated the four-dose efficacy of mRNA vaccines is modest against symptomatic Omicron infection. In their study of 1,050 eligible Israeli healthcare workers, 154 were given a fourth dose of the Pfizer shot and 120 received the Moderna vaccine.

In the control group, 25.0% were diagnosed with an Omicron infection, compared to 18.3% in the Pfizer group and 20.7% in the Moderna group.

“A fourth vaccination of healthy young health care workers may have only marginal benefits,” the researchers concluded. “Older and vulnerable populations were not assessed.”

Still, Pfizer, BioNTech and Moderna last week filed for Emergency Use Authorization of second booster shots of their coronavirus vaccines — with Pfizer targeting people 65 and older, and Moderna seeking permission for all adults, saying the shots would bolster waning immunity that occurs in as little as two months after the first booster.

Does Congress have pandemic spending fatigue?

Congress has so far resisted granting the additional funding requested by the White House. Legislators are still debating the size of a COVID funding package and how to pay for it, while some are asking for a better accounting of the funds already appropriated.

Key Republicans said they want a fuller accounting of the trillions of dollars the administration has already spent on the coronavirus response.

“The basic thing we ought to figure out is, is there a need?” said Sen. Richard C. Shelby (R-Ala.), the top Republican on the Senate Appropriations Committee. “Secondly, if there’s a need, where’s all the money we appropriated?”

Sen. Mitt Romney (R-Utah), who has emerged as a vocal skeptic of additional COVID funding, on Tuesday said, “The administration needs to take the money that’s been appropriated and use that to prepare for what might be coming down the road, if there are new variants that affect a lot of Americans.”

The White House responded that 93% of the funding has been spent.

“There’s very little left,” Zients said on the podcast with Slavitt. “The remaining funds are for areas like … medical care for veterans, or FEMA disaster relief,” he said. “So we don’t have good resources to draw on from the prior allocated funds, and we need to make sure that this gets funded. So it’s up to Congress to either pass it on an emergency basis without offsets, or find viable offsets.”

Top lawmakers had initially planned to pay for more than $15 billion in COVID aid as part of a long-term bill to fund the government. But some House Democrats rejected one of the financing mechanisms that clawed back COVID-related funds set aside for state governments.

The intra-party pushback ultimately forced House Democratic leaders to strip the COVID aid from the bill. Lawmakers have not settled on a new financing mechanism as Democrats seek a way forward.

With House lawmakers in their home districts this week and unable to agree with Senate leaders on how to finance any package, there is no sign the stalemate will end soon.