Pfizer Pushes for 4th Shot, Says 3 Doses ‘Not That Good’ Against Infections

Pfizer CEO Albert Bourla on Sunday said the vaccine maker plans to submit data on a fourth dose of its COVID-19 vaccine to the U.S. Food and Drug Administration because protection after three doses is “not that good against infections” and “doesn’t last very long” when faced with a variant like Omicron. 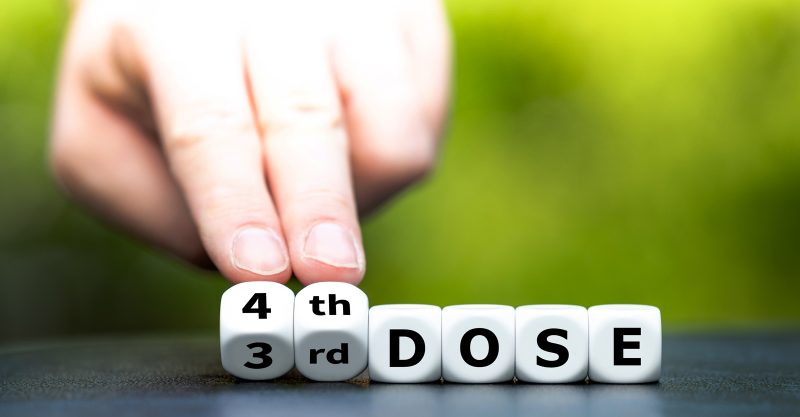 Pfizer CEO Albert Bourla on Sunday told CBS “Face the Nation” a fourth dose of its COVID-19 vaccine will be necessary to maintain manageable levels of hospitalizations and mild infections.

The company plans to submit data on a fourth dose to the U.S. Food and Drug Administration (FDA) and is working on a vaccine that protects against all COVID variants for at least a year.

In an interview on “Squawk Box,” Bourla said:

“I think we’re going to submit to FDA a significant package of data about the need for a fourth dose, and they need to make their own conclusions, of course, and then CDC also. […] to see that clearly  there is a need in an environment of Omicron to boost the immune response.”

Bourla said a fourth dose is “necessary for right now” because protection after three doses of Pfizer’s vaccine is “not that good against infections” and “doesn’t last very long” when faced with a variant like Omicron.

Bourla said Pfizer is making a vaccine that covers Omicron and all other variants and is optimistic about the preliminary data he’s seen so far.

“There are so much trials that are going right now, and a lot of them we’ll start reading by the end of the month,” he added.

Bourla told CBS he foresees Americans needing to prepare themselves every fall for a COVID booster just like they do with the flu vaccine.

Pfizer CEO @AlbertBourla tells @margbrennan his company is working “very diligently” to make a covid vaccine that will protect against variants & will protect “for at least a year.” pic.twitter.com/yf2baRwy4K

A third dose of Pfizer’s vaccine is currently available to anyone 12 and older who received a second dose at least five months prior to seeking the third dose.

As The Defender reported Feb. 26, 2021, just two months after the FDA granted Emergency Use Authorization for the Pfizer-BioNTech vaccine, Bourla was already telling media outlets the company’s plan long-term was to have yearly vaccine boosters.

“Every year, you need to go to get your flu vaccine,” Bourla said during an interview with NBC News. “It’s going to be the same with COVID. In a year, you will have to go and get your annual shot for COVID to be protected.”

During a February 2021 earnings call, Bourla told analysts, big banks and investors the company could make significant profits by charging higher prices and implementing routine booster doses for new variants of the virus.

During the Barclays’ Global Health Conference in March 2021, CFO Frank D’Amelio said Pfizer didn’t see this as a one-time event, but “as something that’s going to continue for the foreseeable future.”

At the time, Pfizer had already launched a study of a third vaccine dose to address variants, called for annual boosters and told investors to expect a revenue stream similar to that of flu vaccines.

The FDA said at the time it was willing to authorize booster shots based on small clinical trials, accepting data on how well vaccines prime the immune system rather than holding out for long-term safety and efficacy results on protection against COVID.

According to data published on Substack by Alex Berenson, a former New York Times reporter, hospitalizations and deaths in the UK “remain stubbornly high and overwhelmingly occur in vaccinated people.”

Last month, 90% of the 1,000 Britons who died each week of COVID were vaccinated. During the four weeks ending Feb. 27, 397 unvaccinated people in Britain died of COVID compared to 3,512 who were vaccinated.

“Using a broader definition, which may include more incidental deaths unrelated to COVID infections, the numbers are even worse, with 5,871 vaccinated people dying compared to 570 unvaccinated. (The United States does not publicly provide this data; it is not even clear American public health authorities collect it comprehensively.)

“The report also shows for the first time that adults under 50 are now just as likely to be hospitalized for COVID whether they are boosted or unvaccinated. The report does not provide a similar hospitalization estimate for people who were vaccinated but unboosted, but based on the raw numbers it does provide, those rates are the highest of all.

“Meanwhile, new Covid infections have nearly doubled in Britain in the last two weeks, and now top 60,000 a day.”

According to data, even boosters appear to “offer no protection against hospitalizations in younger people,” Berenson wrote.

Pfizer shot for kids under 5 could be authorized by May, company says

According to The New York Times, more than 22 million people in the U.S. under 18 are fully vaccinated with Pfizer’s vaccine, but the number of people getting vaccinated is tapering off. Yet, there is still a demand to vaccinate children under the age of 5.

Last month regulators pressed Pfizer and BioNTech to submit preliminary results from its three-dose pediatric trial. The FDA was poised to begin vaccinating the youngest age group with two doses even though it did not yet have final results on three doses.

While it’s still not clear why the effort collapsed, data from Pfizer showed overwhelmingly that two doses failed to adequately protect against symptomatic infection.

“The data that we saw made us realize that we needed to see data from a third dose, as in the ongoing trial, in order to make a determination that we could proceed with doing an authorization,” Dr. Peter Marks, director of the FDA’s Center for Biologics Evaluation and Research, told reporters on a call.

Marks said he hoped the decision would “reassure” people the FDA was “making sure that anything that we authorize has the safety and efficacy that people have come to expect from our regulatory review of medical products.”

Asked about the situation on Sunday, Bourla said FDA officials were “very keen” for the company to send the data over but Pfizer executives were “a little bit reluctant to submit on two doses because we felt that the three-dose [regimen] is what kids will need.”

​​Bourla said data on how a three-dose regimen works for children as young as 6 months will probably be available in April, with authorization granted in May, “if it works.”

Pfizer asked FDA to waive reporting of some safety data

While Pfizer doesn’t know if its vaccine will prove effective enough for the youngest age group, the company says its research shows the vaccine is safe.

According to the most recent data from the Vaccine Adverse Event Reporting System (VAERS) — the primary government-funded system for reporting adverse vaccine reactions in the U.S. — a total of 1,168,894 adverse events following COVID vaccines were reported between Dec. 14, 2020, and March 4, 2022.

The data included a total of 25,158 reports of deaths — and 203,888 reports of serious injuries, including deaths, during the same time period.

According to Pfizer data obtained through a Freedom of Information Act request, the company applied for an FDA waiver to avoid recording certain safety data on the injections because the company claimed the VAERS system was adequate in revealing any safety issues with the injections.

In its waiver request, Pfizer stated VAERS is a “robust” system that is “designed to detect safety concerns with vaccines.”

Pfizer documents also revealed the company paid $2.87 million when it submitted its COVID vaccine application to the FDA, which has been reluctant to release the documents forming the basis of approval for Pfizer’s vaccine.