Tens of thousands of people across several countries, including France and Italy, have protested against anti-COVID measures, with the French police using tear gas and water cannon to disperse protesters in the capital Paris.

In France, an estimated 160,000 took to the streets in nationwide protests against President Emmanuel Macron’s health pass that will drastically curtail access to restaurants and public spaces for unvaccinated people.

Last week, Bloomberg News reported that Amazon planned to release an Alexa-enabled tracking device for children. This latest revelation — which isn’t Amazon’s first attempt at targeting children with tracking-like devices — comes as no surprise from a corporation that has made surveillance a critical part of its business model.

As Amazon continues its relentless crusade to monopolize markets, crush rivals and extract as much data as possible from unsuspecting consumers and third-party merchants, Congress and federal law enforcers must step up to restructure the corporation and prevent it from using these harmful practices. A new report by the Open Markets Institute (where I am employed) details how.

A “new” proposal by the Biden administration to create a health-focused federal agency modeled after DARPA is not what it appears to be. Promoted as a way to “end cancer,” this resuscitated “health DARPA” conceals a dangerous agenda.

April 28, 2020, President Biden was widely praised in mainstream and health-care–focused mediafor his call to create a “new biomedical research agency” modeled after the U.S. military’s “high-risk, high-reward” Defense Advanced Research Projects Agency, or DARPA. As touted by the president, the agency would seek to develop “innovative” and “breakthrough” treatments for cancer, Alzheimer’s disease and diabetes, with a call to “end cancer as we know it.”

Once upon a time, kids aspired to go to college so they could spread their wings, assert their independence and expand their horizons in an academic setting that facilitated the cultivation of character, intellect and skills.

But in 2021, the price of admission for many colleges includes forfeiture of both bodily autonomy and critical thinking as COVID-19 vaccine mandates stand between students and the educations they worked hard to access.

For many students, a sense of panic is setting in as deadlines for submitting proof of COVID vaccinations approach. Some were holding out hope new evidence of potential harm to young people would convince administrators that mandates were a bad idea.

California, NYC to Require Employees to Get COVID Vaccine

California and New York City announced Monday that they would require all government employees to get the coronavirus vaccine or face weekly COVID-19 testing as officials raced to beat back a summer surge driven by the delta variant.

Meanwhile, in a possible sign that increasingly dire health warnings are getting through to more Americans, vaccination rates began to creep up again, offering hope that the nation could yet break free of the coronavirus if people who have been reluctant to receive the shot are finally inoculated.

In New York City, Mayor Bill de Blasio announced that all municipal workers — including teachers and police officers — will be required to get vaccinated by mid-September or face weekly COVID-19 testing, making the city one of the largest employers in the U.S. to take such action.

Leading groups for doctors, nurses and other health care professionals are calling for COVID-19 vaccines to be mandated for health care workers as vaccinations lag amid the spread of the Delta variant.

“Due to the recent COVID-19 surge and the availability of safe and effective vaccines, our health care organizations and societies advocate that all health care and long-term care employers require their workers to receive the COVID-19 vaccine,” the American Medical Association, American Nurses Association and more than 50 other health care groups said in a statement on Monday. “This is the logical fulfillment of the ethical commitment of all health care workers to put patients as well as residents of long-term care facilities first and take all steps necessary to ensure their health and well-being.”

Across the country, GOP lawmakers are rallying around the cause of individual freedom to counter community-based disease mitigation methods, moves experts say leave the country ill-equipped to counter the resurgent coronavirus and a future, unknown outbreak.

In some states, anger at perceived overreach by health officials has prompted legislative attempts to limit their authority, including new state laws that prevent the closure of businesses or allow lawmakers to rescind mask mandates. Some state courts have reined in the emergency and regulatory powers governors have wielded against the virus. And in its recent rulings and analysis, the U.S. Supreme Court has signaled its willingness to limit disease mitigation in the name of religious freedom.

“This is under active consideration,” Fauci told CNN’s State of the Union, though he also emphasized that local governments can issue their own rules under current guidance from the Centers for Disease Control and Prevention.

An appeals court Friday ruled that state leaders violated the rights of parents by forcing private schools to stay closed during the COVID-19 pandemic.

But the U.S. 9th Circuit Court of Appeals essentially upheld the state’s decision to keep public schools closed to in-person instruction during the pandemic.

The appeals court ruling is the latest development in the lawsuit Brach vs. Newsom, which was filed against Gov. Gavin Newsom last July by California public school and private school families, including two from San Diego. A national conservative group called the Center for American Liberty led the lawsuit effort.

The United States will not lift any existing travel restrictions “at this point” due to concerns over the highly transmissible COVID-19 Delta variant and the rising number of U.S. coronavirus cases, a White House official told Reuters.

The decision, which comes after a senior level White House meeting late Friday, means the long-running travel restrictions that have barred much of the world’s population from the United States since 2020 will not be lifted in the short term.

In a matter of days, things have changed again for the cruise industry in Florida.

Judges for the U.S. Court of Appeals for the 11th Circuit in Atlanta reversed course Friday, siding with the state and ruling that the Centers for Disease Control and Prevention cannot impose COVID-19 safety rules on cruises sailing from Florida ports this summer.

The ruling was a victory for Gov. Ron DeSantis, but the court’s turnabout surprised some legal observers.

New Hampshire residents can’t be required to be vaccinated against COVID-19 in order to access public facilities, benefits or services under a bill signed into law by Gov. Chris Sununu.

Supporters say the bill signed this week establishes “medical freedom” by specifying that all residents have the “natural, essential and inherent right to bodily integrity, free from any threat or compulsion by government to accept an immunization.”

It does not, however, supersede the state law regarding vaccinations as a prerequisite for admission to school. That law lists seven required vaccinations but does not currently include the COVID-19 vaccine. 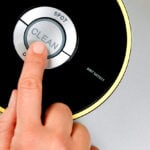 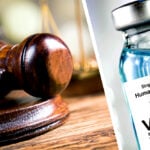 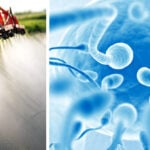 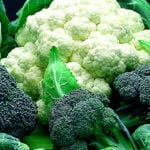 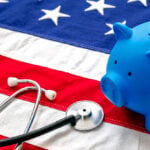