As Amazon continues its relentless crusade to monopolize markets, crush rivals and extract as much data as possible from unsuspecting consumers and third-party merchants, Congress must step up to prevent the behemoth corporation from using these harmful practices.

By
Daniel A. Hanley 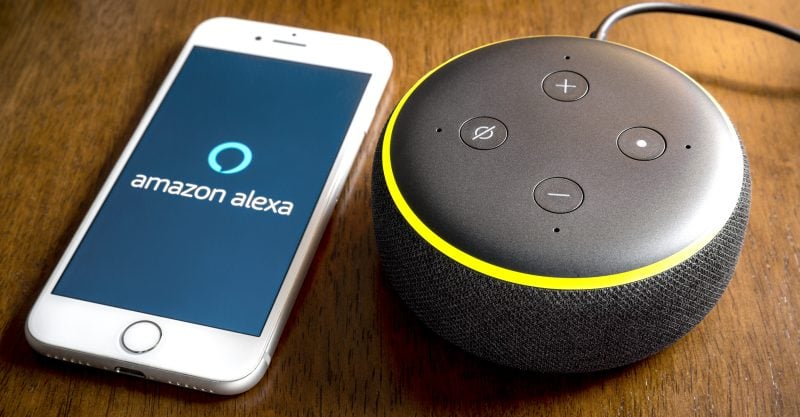 Last week, Bloomberg News reported that Amazon planned to release an Alexa-enabled tracking device for children. This latest revelation — which isn’t Amazon’s first attempt at targeting children with tracking-like devices — comes as no surprise from a corporation that has made surveillance a critical part of its business model.

As Amazon continues its relentless crusade to monopolize markets, crush rivals and extract as much data as possible from unsuspecting consumers and third-party merchants, Congress and federal law enforcers must step up to restructure the corporation and prevent it from using these harmful practices. A new report by the Open Markets Institute (where I am employed) details how.

As of June, Amazon has 6.2 million sellers and 1.6 million active sellers, making it the world’s largest e-commerce platform. Amazon also has near-absolute dominance across a range of markets, including almost 50% market share in e-commerce, 90% in e-books, and 32% in cloud computing. Critically, in these markets, Amazon acts as an intermediary between separate user groups — such as between customer and merchant on its Marketplace e-commerce platform.

By virtue of its market position, Amazon possesses an extraordinary amount of control to structure the relationship between the parties and their relationships with Amazon. The corporation can employ tactics that allow it to radically extend its surveillance infrastructure and fortify its dominance.

Consider Amazon’s Marketplace e-commerce platform. Before a merchant can put their products on Amazon’s site, they must agree to a surfeit of requirements unilaterally imposed by Amazon in a take-it-or-leave-it manner. The same applies to potential customers. These coercive agreements forcibly allow Amazon to collect as much data as they can from merchants and consumers. These agreements thus create the backdoor for Amazon to exploit its surveillance infrastructure.

When users browse Amazon’s Marketplace site, nearly every action they take is tracked and logged by Amazon. Amazon watches every user click, every user search, every submitted comment and every product review. Amazon even tracks the length of time a user stays on a webpage. From the purchase of just one product, Amazon can harvest upward of 2,000 data points.

For merchants, Amazon’s data collection operations are no different. According to a former Amazon executive, “Each opportunity to interact with a [merchant] is another opportunity to collect data.” Amazon’s agreements allow the corporation to harvest information related to a product’s price, description and its purchase history and frequency.

The immense amount of data Amazon collects can be used to extend its monopoly power and significantly harm independent businesses. For example, by accessing a product’s description, purchase frequency and other data points, Amazon can precisely choose a product category to optimize its potential revenue. In combination with its vast production and distribution infrastructure, Amazon can then completely copy a merchant’s products and sell them directly to consumers under its own exclusive brand.

In effect, Amazon forces third-party merchants that depend on the company for their business to assist Amazon in competing against themselves. Amazon’s use of its surveillance infrastructure to copy products has been immensely successful for the corporation, even after the corporation was caught lying to Congress about its data harvesting practices. Amazon has now become the seller of 94% of all batteries on its Marketplace, over 50% of the products in the clothing, shoes and jewelry categories and over 30% in the home, garden and pets categories.

By harvesting data about each of its consumers, Amazon can even use its surveillance infrastructure to properly set its prices to maximize the chances of a successful purchase. Thus, the data from every product purchase or interaction with Amazon’s site that millions of merchants and consumers are forced to provide are essentially mini trial-and-error experiments for the company to optimize its own branded product’s commercial standing, pricing and design.

In the past, Amazon even used its monopoly power to impose restrictive pricing agreements that prevented merchants from offering lower prices on competing e-commerce sites.

Amazon can even reorder the search rankings of its product listings to place its own items at the top of search results. Because of its control over the structure of its e-commerce platform, Amazon can manipulate the performance and standing of its own products (the ones it often creates by copying merchants). This tactic deceives consumers who frequently think that the search rankings are based on merit, consumer preferences, or paid promotion via advertisements.

Amazon presents consumers with a false reality about which products they are shown, and why, while also using its control to push and nudge consumers to purchase Amazon’s own branded products. As a result, Amazon is robbing consumers of the ability to choose products based on performance or ratings while artificially boosting its own products.

Amazon’s dominance practically guarantees it can unilaterally impose any new method of surveillance it develops on its third-party merchants. For example, Fulfillment by Amazon (FBA) is the corporation’s storage, packaging, delivery and customer management service offered to third-party sellers.

FBA might appear to be a generous service — but the corporate behemoth is doing more than just offering third-party merchants the opportunity to use its vast infrastructure to support their operations. FBA is actually a crucial bat that Amazon is able to swing against dependent merchants.

It provides Amazon access to intricate product data as well as other competitively sensitive information about how products are packaged and delivered. With almost two-thirds of merchants relying on FBA, should a merchant try to defy Amazon by not adopting its terms of service — no matter how arbitrary or onerous they are — Amazon can remove a seller from its service or arbitrarily raise shipping and delivery prices.

With its immense amount of power, Amazon can even pick the winners and losers on its Marketplace by rewarding those merchants most loyal to it. For example, researchers found that merchants were more likely to receive a Buy Box (a digital button a user can add to their cart for easier and immediate purchasing of a product) on their product’s page if the merchant uses FBA.

Amazon is therefore forcing sellers into a position where they can either continuously adopt Amazon’s services and become even more dependent on the company or risk discrimination or removal from the essential e-commerce platform.

As our report details, Amazon engages in a host of other surveillance tactics, including copying competitor software with its AWS cloud computing division and using its Alexa speaker devices to collect user voice data. Fortunately, there are plenty of available solutions. Antitrust regulators, enforcers and Congress have previously used many available tactics for curbing concentrated corporate power in the American economy.

For example, Congress can enact legislation or antitrust enforcers can initiate a lawsuit to structurally separate Amazon’s various divisions (such as its Marketplace and its FBA division) into separate corporate entities. Such a remedy would prevent Amazon from using its dominance to coerce parties to adopt many of its services.

The Federal Trade Commission can also use its broad rulemaking powers to prohibit the kinds of coercive agreements Amazon imposes on its sellers and consumers to obtain exceptionally favorable terms and extract endless amounts of data. Congress and federal regulators can even impose common carrier restraints on the corporation’s operations to prevent the company from imposing unfair terms on sellers.

Such a situation would impose additional public oversight onto Amazon’s operations to ensure Amazon’s terms are fair and reasonable for all who wish to use its Marketplace to sell products. Each of these solutions can help end Amazon’s surveillance practices to create a fairer, more democratic Marketplace for consumers and independent merchants.

A plethora of evidence shows that Amazon will relentlessly expand its surveillance infrastructure to monopolize markets. Now, with even children as a potential target for collecting more data, Congress and federal regulators must act to stop Amazon’s harmful practices. 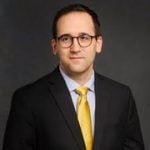 Daniel A. Hanley is a policy analyst at the Open Markets Institute.