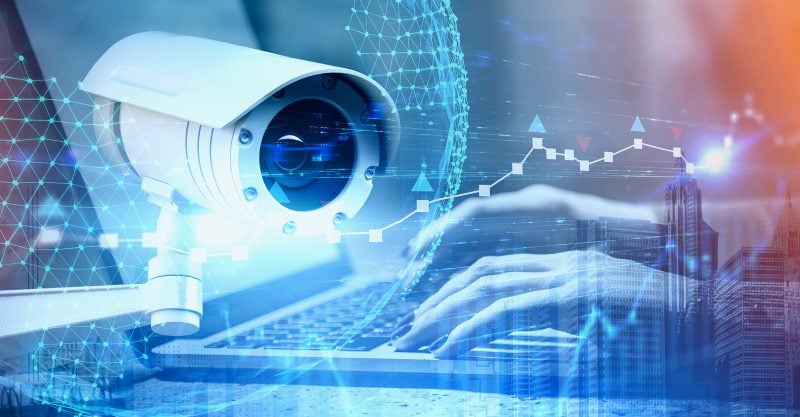 To mark the one year anniversary of Amazon‘s extended temporary moratorium on sales of its controversial Rekognition facial identification software to law enforcement agencies, more than 20 advocacy groups and more than 10,000 supporters last week launched Protest Amazon, a digital demonstration that’s part of the #EyesOnAmazon week of action.

On Thursday, digital demonstrators were recording and uploading videos with the statement:

Protest Amazon organizers said that the company “creates dangerous surveillance technology and partnerships that enable mass scale policing designed to monitor everyone, everywhere, at all times.”

“Amazon’s vast surveillance network coupled with its racially coded marketing creates a neighborhood-to-prison pipeline,” they continued. “This represents dramatic high-tech expansion of racial profiling and criminalization. By embedding itself as an extension of law enforcement, Amazon profits from the detention, deportation, and mass incarceration of Black and Brown people.”

Specifically, the campaign is sounding the alarm on:

In a statement, Fight for the Future deputy director Evan Greer said that “Amazon is dragging us toward a world dominated by total corporate surveillance. They envision neighborhoods that are blanketed in devices that constantly monitor all of us: tracking our movements, analyzing our faces, listening to our conversations, monitoring our heartbeats and harvesting our most intimate data for the sole purpose of expanding Amazon’s power and profit.”

Rather than permanently divesting from Rekognition and cutting ties with police and ICE, they prefer to do these performative press stunts in hopes of placating critics,” Greer said of Amazon. “The fact their facial recognition moratorium stands ‘until further notice’ demonstrates they don’t care about the dangers of the technology.”

Greer added that Amazon’s “latest Ring PR stunt” — the company announced earlier this month that it will now require law enforcement agencies to make their camera footage requests public — “does nothing to end partnerships or address the concerns raised by grassroots activists. It would be laughable if there weren’t lives at stake.”

Myaisha Hayes, director of campaign strategies at MediaJustice — which is leading the #EyesOnAmazon week of action and is also part of the Protest Amazon campaign — said in a statement that “Amazon’s recent decision to silently extend the moratorium on selling their racist and biased surveillance facial recognition tool to the police shows the company understands the public is mobilized against the danger [its] Rekognition technology poses.”

“This #EyesonAmazon week, thousands who have risen up for a world beyond policing, and pushed forward limits on the use of facial recognition in at least seven states and two dozen cities, are calling out Amazon for compromising the safety of Black and Brown communities for profit,” Hayes added. “Amazon must make their moratorium on keeping Rekognition out of the hands of law enforcement permanent and extend that policy to all of their surveillance products.”

Greer noted that “at the end of the day, Amazon is being Amazon — profiting from the exploitation of our data, privacy violations and the policing of Black and Brown people in our communities.”

“Amazon’s surveillance-driven police state is fundamentally incompatible with racial justice, civil rights and democracy,” she added. “This needs to end now. We need to shut down Amazon’s surveillance empire and make sure Congress holds Amazon accountable by launching a full investigation into their harmful, oppressive surveillance state.”