Why Hasn’t Federal Vaccine Program Helped Those Whose Lives Have Been Altered by COVID Shot?

It shouldn’t matter that a vaccine injury is “rare,” said vaccine law expert Katharine Van Tassel — “If you’re going to take one for the team, the team has to have your back. That’s a moral imperative.” 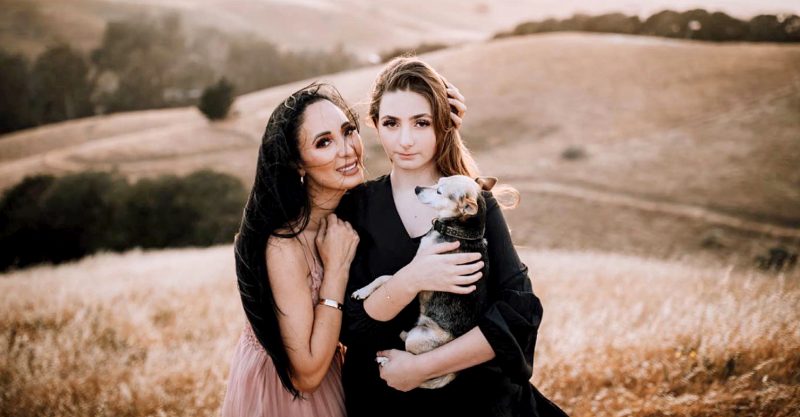 Angela Marie Wulbrecht, pictured with daughter Gabriella, suffered a severe reaction after her COVID vaccination that has left her unable to work. She hopes the federal government will create a compensation program that pays for damages, medical bills and lost wages to people who can demonstrate they suffered a rare serious COVID vaccine injury. Photo credit: Vera Frances Photography

Angela Marie Wulbrecht jumped at the first chance to get a COVID-19 vaccine, driving three hours from her Santa Rosa, California, home to a mass-vaccination site on Jan. 19.

Twelve minutes after her Moderna shot, she stumbled into the paramedic tent with soaring blood pressure and a racing heartbeat. And so began a calvary of severe fatigue, brain fog, imbalance and other symptoms that are still with her eight months later.

Wulbrecht, 46, had been a nurse for 23 years before the shot. She was healthy, ate a vegan diet and was an accomplished salsa dancer. Since January she’s had to leave her job and missed out on many activities with her husband and 12-year-old daughter, Gabriella. She has spent about $35,000 on out-of-pocket medical bills, despite having insurance.

“I wanted to get vaccinated as soon as I could to help fight the pandemic,” said Wulbrecht, who still supports the vaccination campaign. Her husband got his shots despite her reaction, and Gabriella was scheduled to get her first dose Wednesday. “But it would help those who are hesitant if they took care of those of us who got injured.”

The options are slim for people who suffer rare life-altering injuries after a COVID shot — a problem whose significance has grown as states and the federal government increasingly ponder vaccination mandates.

A federal program compensates people experiencing vaccine injuries, but not injuries from COVID vaccines — not yet, anyway.

Such injuries are rare, but “if you’re going to take one for the team, the team has to have your back,” said Katharine Van Tassel, a vaccine law expert at the Case Western Reserve University School of Law in Cleveland. “That’s a moral imperative.”

Thirty-five years ago, Congress created the National Vaccine Injury Compensation Program, known as the vaccine court, for children hurt by routine immunizations administered as a condition of school entry — “injured recruits in the war on infectious disease,” as Georgetown University bioethicist Leroy Walters once described them.

Since it began operations in 1988, the vaccine court has paid more than $4 billion to over 8,000 families who could provide a “preponderance of evidence” that vaccines against diseases like measles and pertussis hurt their kids. The court also covers vaccine injuries in pregnant women, and from the flu vaccine. But it does not cover aftereffects from COVID vaccines.

A smaller federal program, the Countermeasures Injury Compensation Program, addresses illnesses resulting from drugs or vaccines administered during a public health emergency, such as the COVID pandemic.

But that program requires evidence that’s harder to pin down, does not pay attorney fees and rules by administrative fiat, while the vaccine court has judges. The countermeasures program has yet to pay a cent to anyone hurt by a COVID vaccine, and its largely invisible decisions are “an inscrutable enigma,” said Brian Abramson, an expert on vaccine law.

David Bowman, a spokesperson for the Health and Human Services Department’s Health Resources & Services Administration, said the countermeasures program had a total of seven staff members and contractors and was seeking to hire more. He declined to answer questions about how COVID vaccine claims could be handled in the future.

In June, a bipartisan group of lawmakers led by Reps. Lloyd Doggett (D-Texas) and Fred Upton (R-Mich.) introduced legislation to address problems with the original vaccine court, including a two-year backlog of cases. That bill would also increase the pain and suffering or death payments to people who can prove an injury, from $250,000 to $600,000.

A spokesperson for Doggett said he hopes the bill — not currently attached to a larger package moving through Congress — would eventually allow COVID vaccine-injured patients to get compensation through the vaccine court. But that’s far from guaranteed.

In general, it is very difficult to prove a vaccine caused an injury that appears post-vaccination, since the ailments can be coincidental. But the rare vaccine injury can devastate a person’s health and financial resources.

Wulbrecht, whose care has included five ambulance trips, each billed for $3,000, filed a claim in February with the Countermeasures Injury Compensation Program. She got a note acknowledging her claim but hasn’t heard further from the program.

She’s in a Facebook group created for people reporting grievous COVID vaccine-related neurological issues. It was launched by Dr. Danice Hertz, a retired gastroenterologist in Santa Monica, California, who has been diagnosed post-vaccination with mast cell activation syndrome, a rare condition in which part of the immune system goes haywire.

Hertz got her first Pfizer-BioNTech shot on Dec. 23, shortly after the U.S. Food and Drug Administration authorized the vaccine. Within 30 minutes she suffered terrible numbness and pain in her face and tongue and “felt vibrations going through my whole body,” she said.

More than 90% of the 150 people in the Facebook group are women, Hertz said. She is careful to keep what she terms anti-vaccine “riffraff” off the list, but she said many of the injured people have been frustrated at being unable to get a diagnosis or find doctors who understand the nature of their injuries.

Talk of vaccine injuries is sometimes muted in public health circles because of reluctance to feed the anti-vaccine movement and its bogus claims of vaccine injury ranging from infertility to magnetism to microchips secretly implanted by Microsoft founder Bill Gates.

But rare reactions like the ones Hertz and Wulbrecht report are scattered through the vaccine literature and often attributed to a phenomenon called “molecular mimicry,” in which the immune system responds to an element in the vaccine by attacking similar-looking human proteins. Guillain-Barré syndrome, or GBS, is caused by an immune attack on the nervous system in reaction to a vaccination — and to viral infections. It has been reported after influenza shots, and the single-dose Johnson & Johnson COVID vaccine.

Hertz and others have been in contact with Dr. Avindra Nath, chief of clinical medicine at the National Institute of Neurological Disorders and Stroke, whose specialty is the study of immune-modulated neurological illness. Nath told Kaiser Health News (KHN) he was studying some of the patients but hadn’t confirmed their illnesses were caused by a COVID vaccine.

“We have to find these answers, but they aren’t easy to come by,” Nath said. “I know these reactions are rare, because there were 36,000 NIH employees vaccinated against COVID and, if it was common, I could study it here. But I don’t have a single NIH employee” who experienced it.

Regardless of how common the reactions are, vaccine law specialists worry about the impact of a failure to help those hurt by shots administered before the products gain full FDA approval, which could come this fall.

Congress created the vaccine court to keep pharmaceutical companies from abandoning production of common childhood vaccines by protecting them from damaging lawsuits, while at the same time offering support for kids hurt by a vaccine.

The Countermeasures Injury Compensation Program, however, arose as part of the 2005 Public Readiness and Emergency Preparedness Act, and was pushed through to shield drug companies from lawsuits over products like the anthrax and smallpox vaccines, which had a relatively high rate of dangerous side effects. COVID vaccines shouldn’t be in the same category, Van Tassel said.

The PREP Act is likely to set an almost insurmountable burden of proof for injury compensation, she said. Rewards depend on “compelling, reliable, valid medical and scientific evidence,” which doesn’t exist for COVID vaccines because they are so new.

But cause and effect appear clear to women like Brianne Dressen, a Saratoga Springs, Utah, preschool teacher who was bedridden for months with neurological symptoms that began after she got an AstraZeneca shot in a clinical trial last November.

“Vaccines are an important piece of the puzzle to get us through the pandemic,” she told KHN. “But some people are going to draw the short straw with any drug or vaccine, and we need to take care of them. 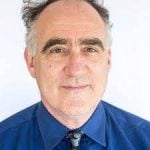