Using a biometric (part of your body) rather than a credit card to make a purchase might offer a lot more convenience for what feels like very little cost, but there are reasons you should be wary of companies like Amazon incentivizing us to use biometrics for everyday transactions. 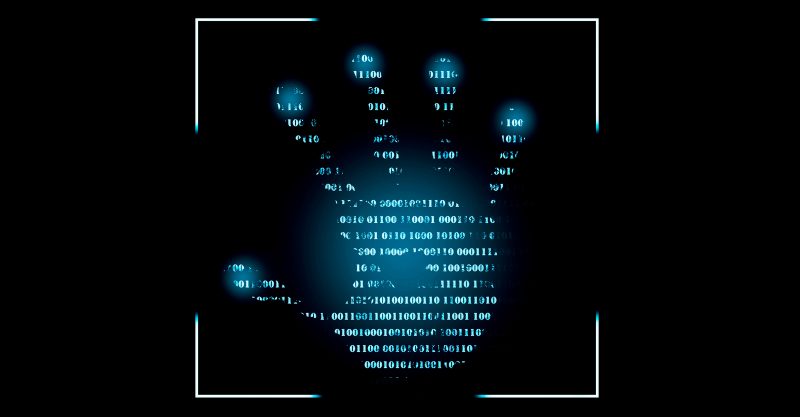 According to recent reports, Amazon is now offering promotional credit to users who enroll.

In the UK we’re quickly becoming used to biometric-based identification. Many of us use a thumbprint or facial recognition to access our smartphones, authorize payments or cross international borders.

Using a biometric (part of your body) rather than a credit card (something you own) to make a purchase might offer a lot more convenience for what feels like very little cost. But there are several complex issues involved in giving up your biometric data to another party, which is why we should be wary of companies such as Amazon incentivizing us to use biometrics for everyday transactions.

Amazon’s handprint incentive adds to an ongoing academic and policy debate about when and where to use biometrics to “authenticate” yourself to a system (to prove that you are who you say you are).

On the benefits side, you’re never without your biometric identifier — your face, hand or finger travel with you. Biometrics are pretty hard to steal (modern fingerprint systems typically include a “liveness” test so that no attacker would be tempted to chop a finger off or make latex copies). They’re also easy to use — gone are the problems of remembering multiple passwords to access different systems and services.

What about the costs? You don’t have many hands — and you can’t get a new one — so one biometric will have to serve as an entry point to multiple systems. That becomes a real problem if a biometric is hacked.

Biometrics can also be discriminatory. Many facial recognition systems fail ethnic minorities (because the systems have been trained with predominantly white faces. Fingerprint systems may fail older adults, who have thinner skin and less marked whorls, and all systems would fail those with certain disabilities — arthritis, for example, could make it difficult to yield a palm print.

Who should we trust?

A key issue for biometrics “identity providers” is that they can be trusted. This means that they will keep the data secure and will be “proportional” in their use of biometrics as a means of identification. In other words, they will use biometrics when it is necessary — say, for security purposes — but not simply because it seems convenient.

The UK government is currently consulting on a new digital identity and attributes trust framework where firms can be certified to offer biometric and other forms of identity management services.

As the number of daily digital transactions we make grows, so does the need for simple, seamless authentication, so it is not surprising that Amazon might want to become a major player in this space. Offering to pay for you to use a biometric sign-in is a quick means of getting you to choose Amazon as your trusted identity provider … but are you sure you want to do that?

Unfortunately we’re victims of our own psychology in this process. We will often say we value our privacy and want to protect our data, but then, with the promise of a quick reward, we will simply click on that link, accept those cookies, login via Facebook, offer up that fingerprint and buy into that shiny new thing

Researchers have a name for this: the privacy paradox. In survey after survey, people will argue that they care deeply about privacy, data protection and digital security, but these attitudes are not supported in their behavior. Several explanations exist for this, with some researchers arguing that people employ a privacy calculus to assess the costs and benefits of disclosing particular information.

As a consequence, people tend to share more personal data than they should, and the amount of such data in circulation grows exponentially. The same is true for biometrics. People will say that only trusted organizations should hold biometric data, but then go on to give their biometrics up with a small incentive. In my own research, I’ve linked this behavioral paradox to the fact that security and privacy are things we need to do, but they don’t give us any joy, so our motivation to act is low.

Any warnings about the longer-term risks of taking the Amazon shilling might be futile, but I leave you with this: your biometrics don’t just confirm your identity, they are more revealing than that. They say something very clearly about ethnicity and age, but may also unknowingly reveal information about disability or even mood (in the example of, say, a voice biometric).

Biometric analysis can be done without permission (state regulations permitting) and, in some cases, at scale. China leads the way in the use of face recognition to identify individuals in a crowd, even when wearing masks. Exchanging a palm print for the equivalent of a free book may seem like a vastly different thing, but it is the thin end of the biometric wedge.